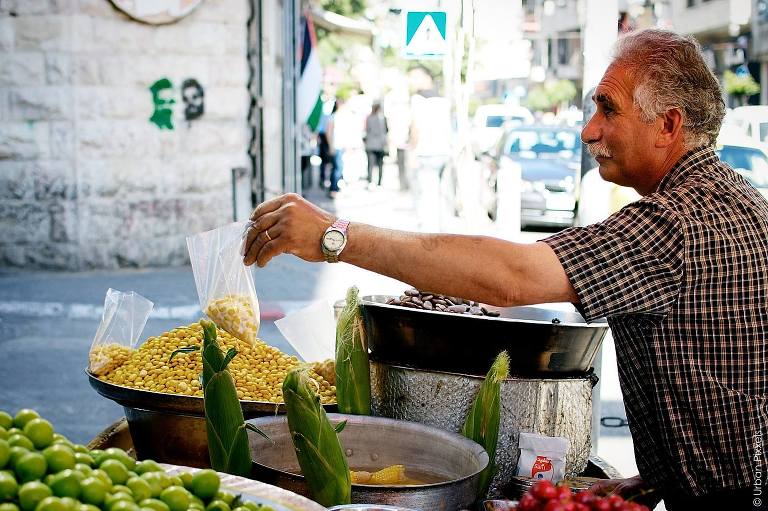 I never spent this much time at a border. Children are sleeping on the grey leather sofas in the VIP room, or crying because they’re clearly tired of waiting. There’s a National Geographic show on the television in the corner, with subtitles in Hebrew and the volume too low to understand what it’s about.

The VIP treatment at the Israel-Jordan border has its benefits. For $110 you get your own transport to cross a short distance of no man’s land between Jordan and Israel (you’re not allowed to bring your own car), you can skip all the queues (and I see many) and there’s a separate room with free drinks where you can wait. But they still let you wait. 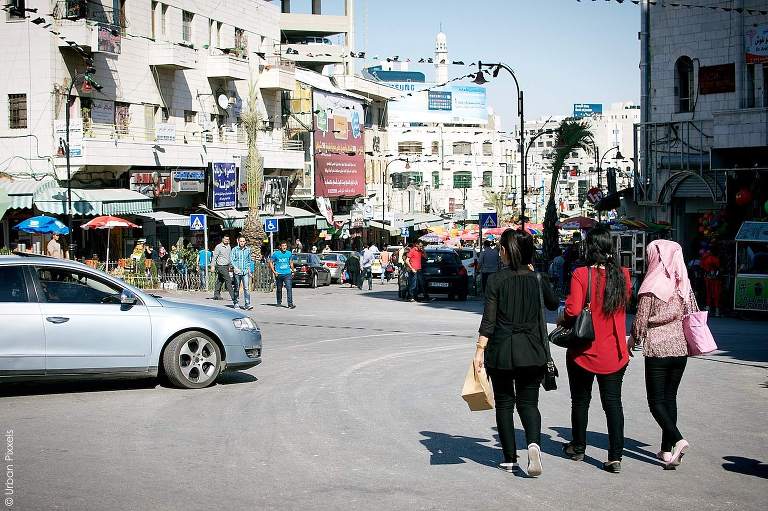 There’s a wifi-signal but it doesn’t let you access the internet today because of security reasons. I’ve been advised not to question too much what is happening here. Just go with it. So I won’t ask why it’s taking them 3 hours to do a background check on us before we can finally enter the country.

Someone in a uniform calls my name. Or actually he’s saying something that sounds more like Christine, but he’s looking at me. He wants to ask me some questions. He’s very young, has a friendly face and talks with a soft voice. He wants to know where I’m going, why I’m here, for how long and who I’m meeting, including his phone number. He writes everything down on a piece of paper with a copy of my passport and lets me go back to the VIP room. Thirty minutes later someone else comes to ask me the same questions again. It’s not that bad, it’s just taking a very long time. 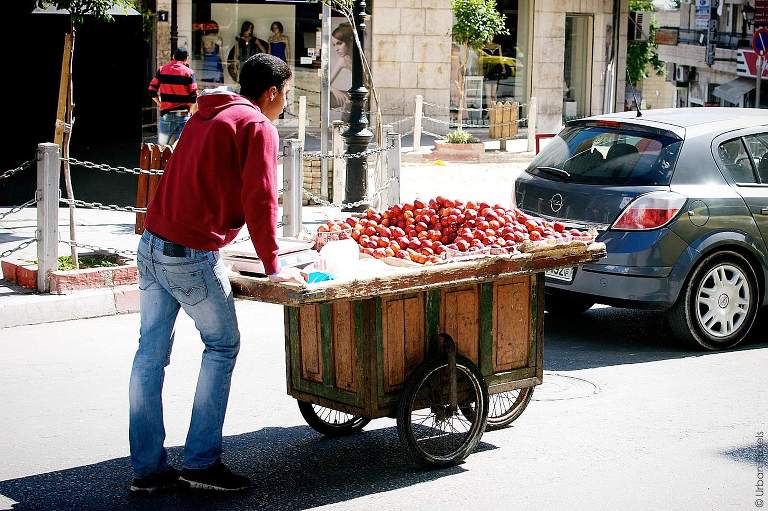 And then someone finally comes in and gives us our passports back, including our visa which is a separate piece of paper. We collect our luggage and then we take the bus to bring us to Jericho where we will finally enter Palestine. Another border, but this one goes very smoothly.

Even though Israel and Palestine are getting more media coverage than many other countries in the world, I have no idea what to expect. Will it be safe? Will I feel safe? Will it be similar or different compared to my other trips in the Middle East? I really don’t know, but am curious to find out. 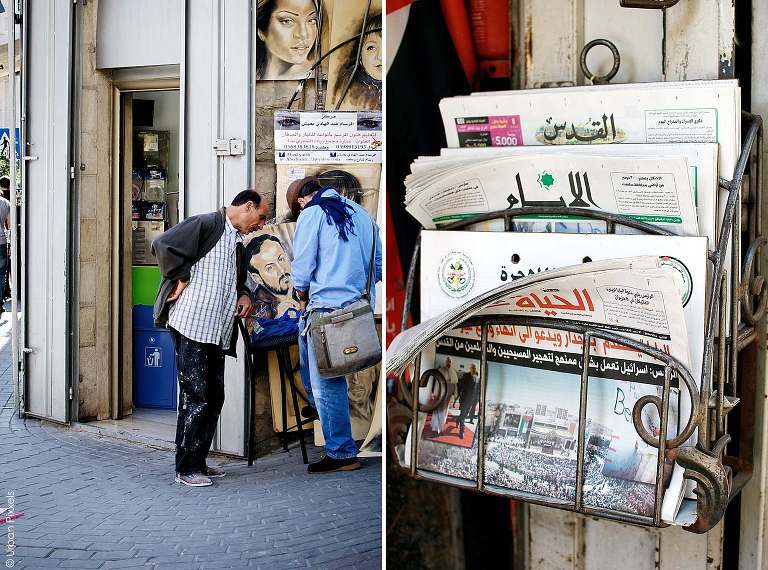 In five days we drive around Ramallah, Nablus and Jerusalem. And I do feel safe. People are just living their lives. The streets are noisy with cars everywhere. Sure, I feel people staring at me, but not in a hostile way. And everywhere I go people are most friendly. They talk openly, expressing their opinion. Their lives may be restricted because of the political situation with Israel, but it seems to be a relatively open and free culture. 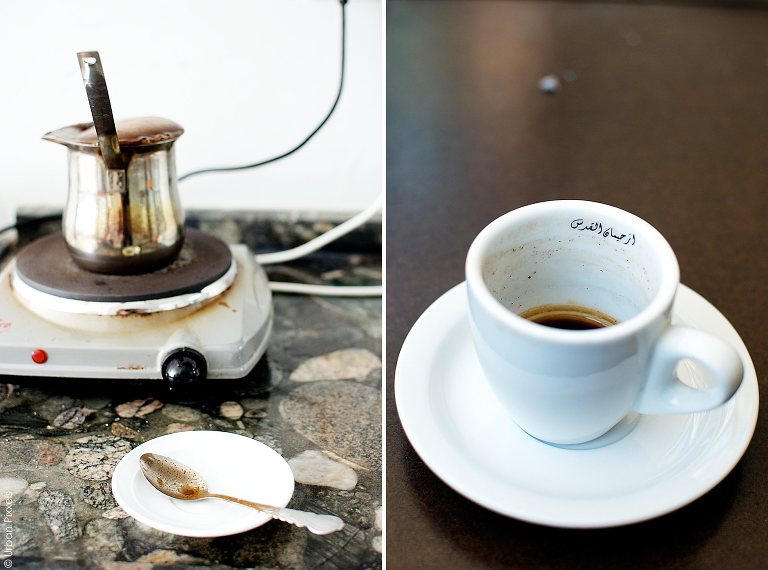 But that doesn’t mean it’s not different from any other trip I’ve made so far. You can see and feel how fragile the situation is. The concrete walls with barbwire and graffiti around the West Bank, Jerusalem and Israeli settlements remind me of the Berlin wall. There are checkpoint with armed soldiers everywhere. I see separate bus stops for Palestinians and Israelis only a few meters apart (the Israeli one looks like a bunker) and they each have their own bus lines driving the same route. 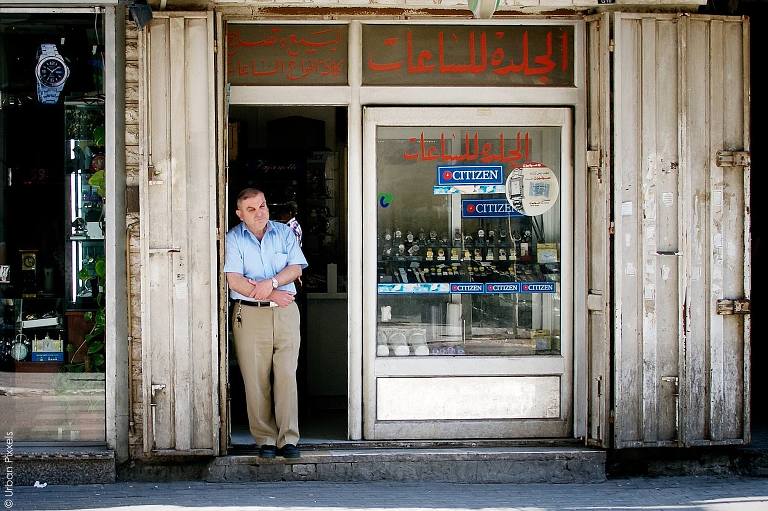 When we drive to Nablus, we pass a red sign saying it’s forbidden for Israelis to enter this area. I didn’t give it that much attention to be honest, but when we return to Ramallah I hear that we visited one of the areas most feared by Israeli people. We were the only non-Palestinians there. My colleague tells me that everybody was watching us while we were walking down the streets, wondering what these two tall blonde people were doing here. And are they Americans? I’m not that naive, but I seriously didn’t notice. 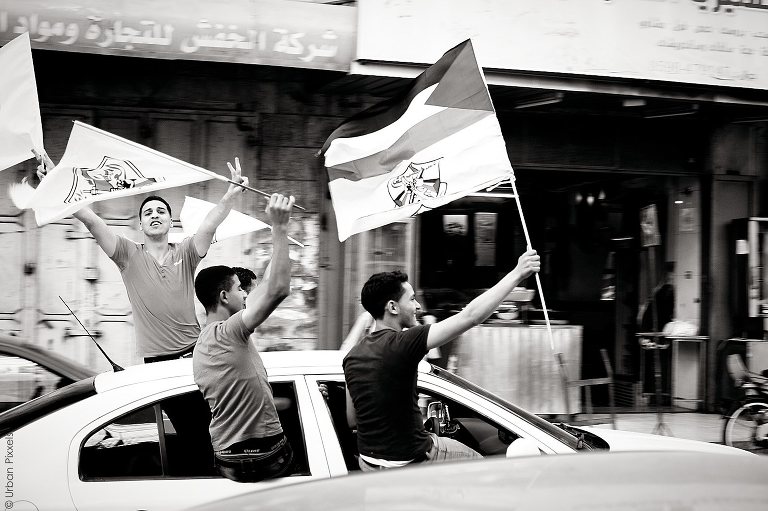 Then, when we’re ready to leave and walking towards our cars, I hear gun shots. They tell me it’s fireworks and that I don’t need to worry. But the sound is getting louder and clearly coming our way. I step inside one of the stores and then I see about three cars whizzing around the corner, waving flags, shouting and firing something that sounds like a gun, but isn’t. They’re cheering and are clearly in a good mood. One of the guys shouts “look foreigners” in Arabic when he notices us. I grab my camera and he smiles and waves. They tell me they’re celebrating the release of a prominent Palestinian.

It’s one of the moments during this trip that you’re very much aware that it might be calm and friendly today, but that there have been enough other days when the sound of shooting wasn’t because of a celebration. 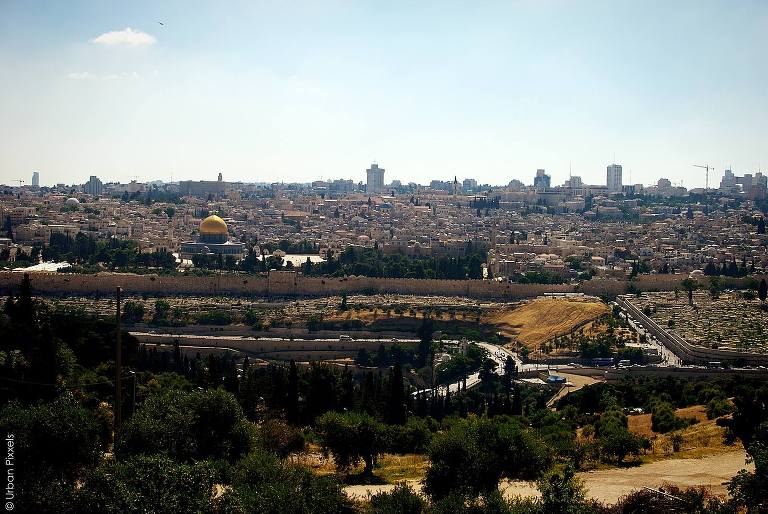 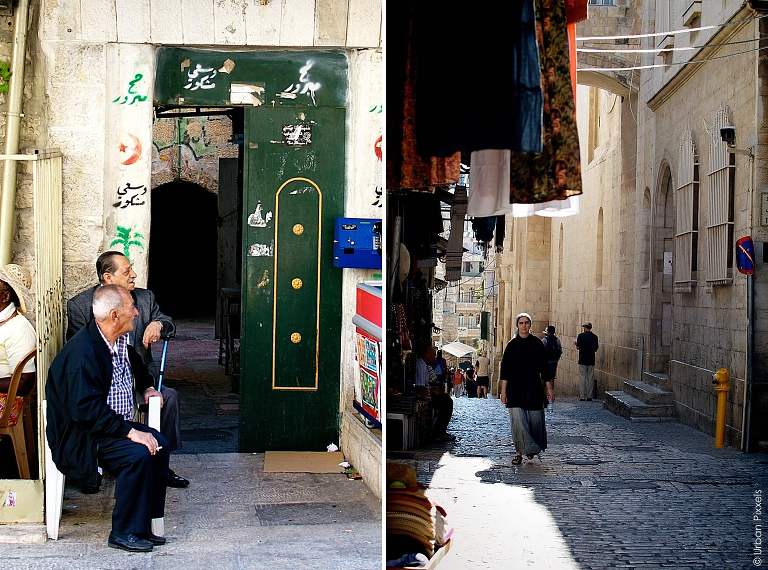 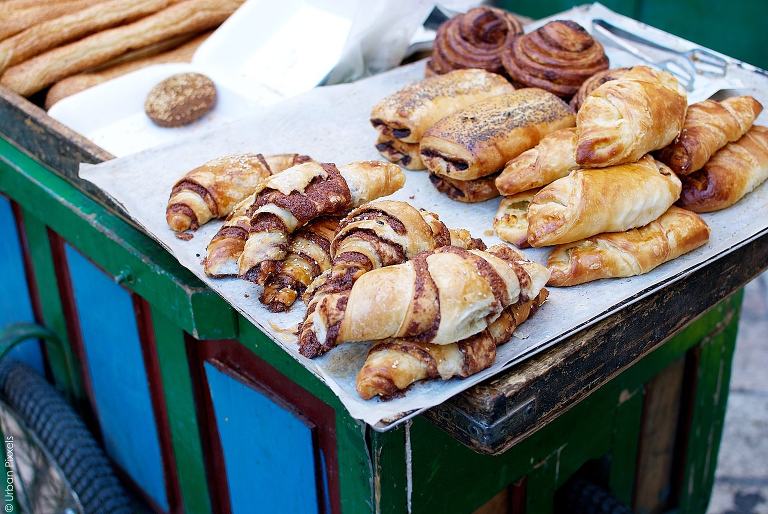 I get the same feeling when we’re visiting Jerusalem. Young Israeli soldiers and groups of young Palestinians are provoking each other, and we’re being urged to leave before it gets out of hand. I would have loved to see more of the city, but I just need to come back another time (preferably when the pope isn’t visiting in the same week).

This trip has made such a big impression on me. Both in a good and bad way. It’s hard to describe with only words and a couple of photos. So, for the very first time I decided to create a little video of my trip, which will hopefully give you a better idea of what it’s like to visit Palestine.