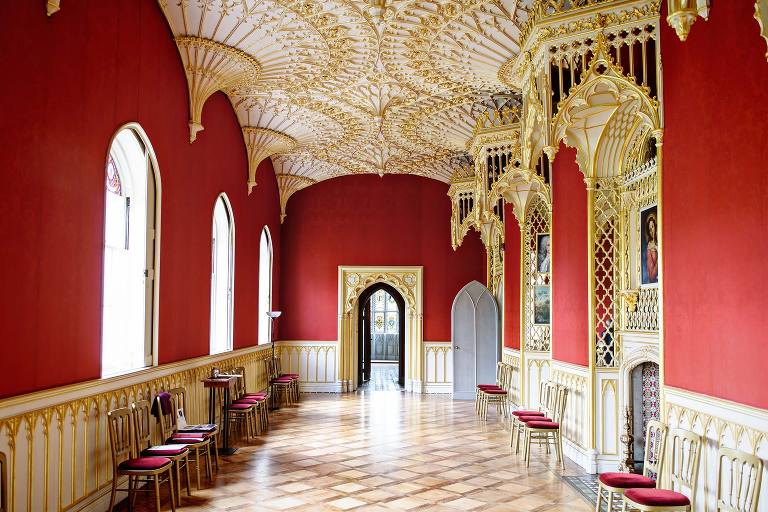 Once upon a time there was a politician / writer – also known for being the son of Britain’s first Prime Minister – who wanted to build a summer villa in London. Not just any villa, but a Gothic castle that would be a theatrical experience to visit. Sir Robert Walpole’s vision resulted in the creation of Strawberry Hill (between 1748-1790) and it’s one of the most eccentric buildings I’ve seen in London.

The experience starts before you’ve even entered the house. It’s only a short walk from the train station Strawberry Hill (Twickenham), but I wasn’t expecting to see a white castle in the middle of a residential area. In London!

To visit the house you need to sign up for one of the self-guided tours. A guide will give you a brief history of the house and then you’re free to explore the rooms by yourself. 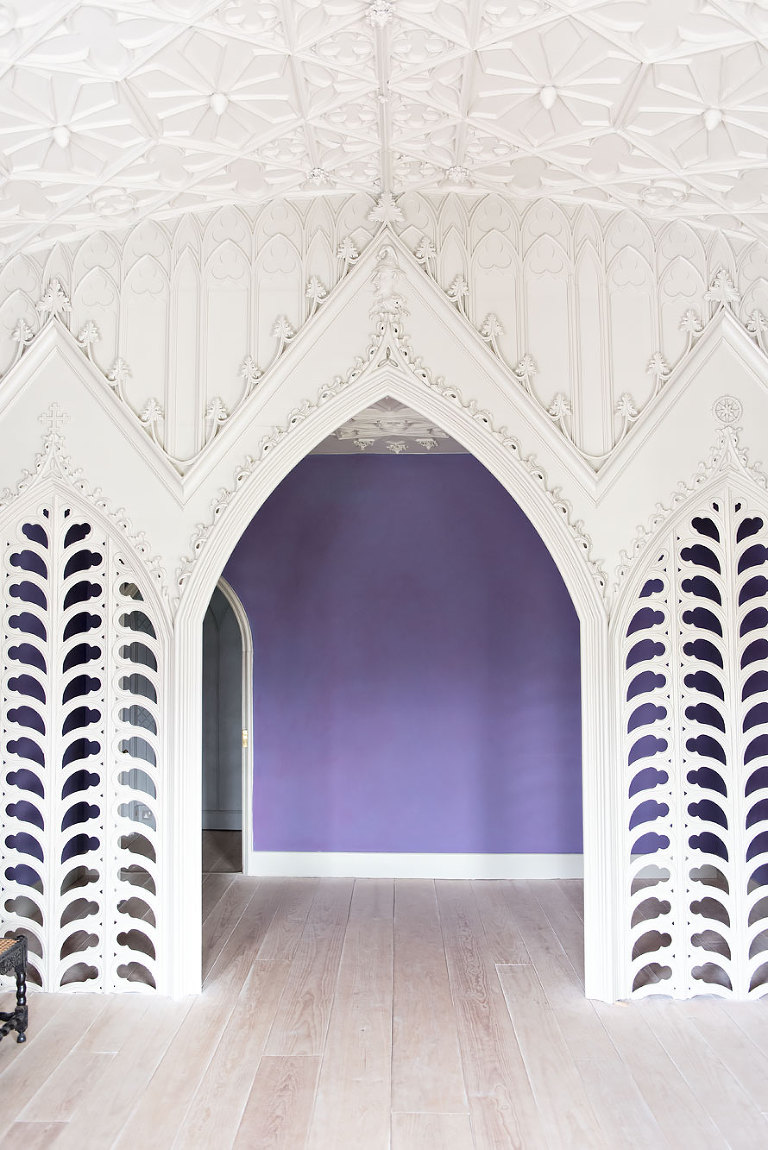 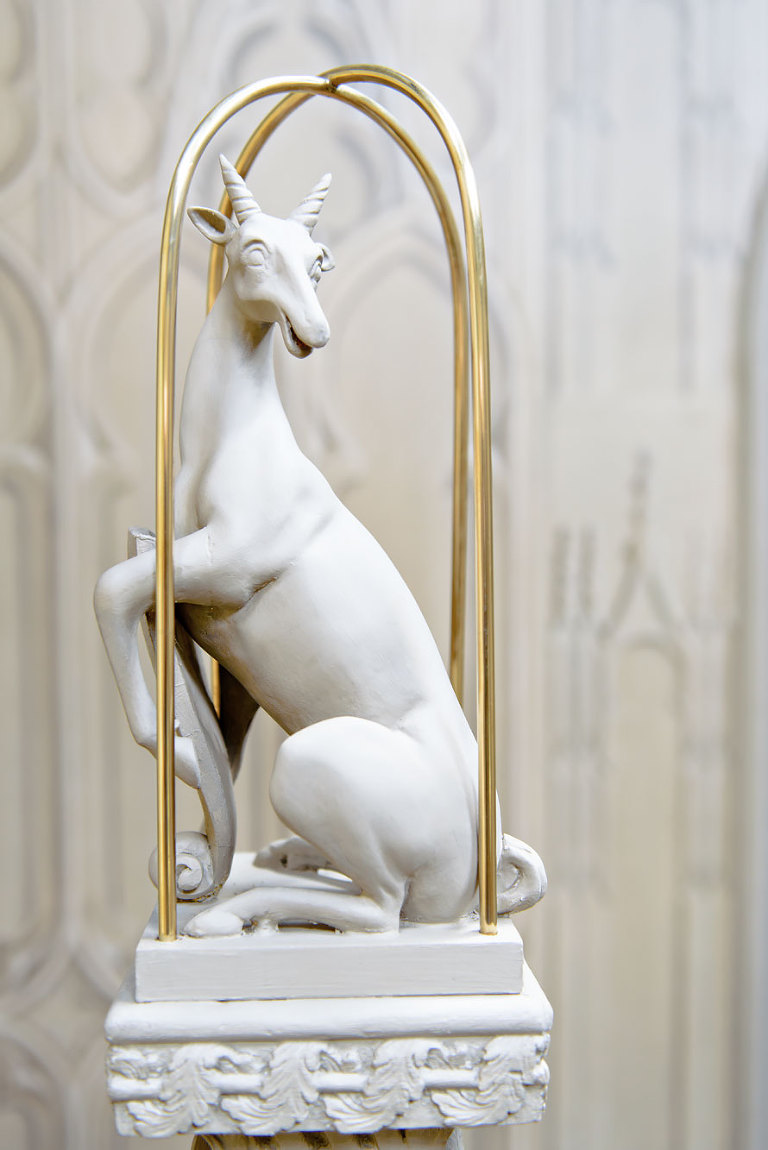 The booklet with a description of all the rooms is actually an edited version of the book that Walpole published for visitors in 1784. (Four people – no children – were allowed to visit per day). The original book had a detailed catalogue of the collection of art and furniture, making it the best documented house in the country. Unfortunately everything was sold in 1842, but with the help of this publication they’re able to bring as much as possible back today. Either with loans from museums or private collectors, or by making reproductions. 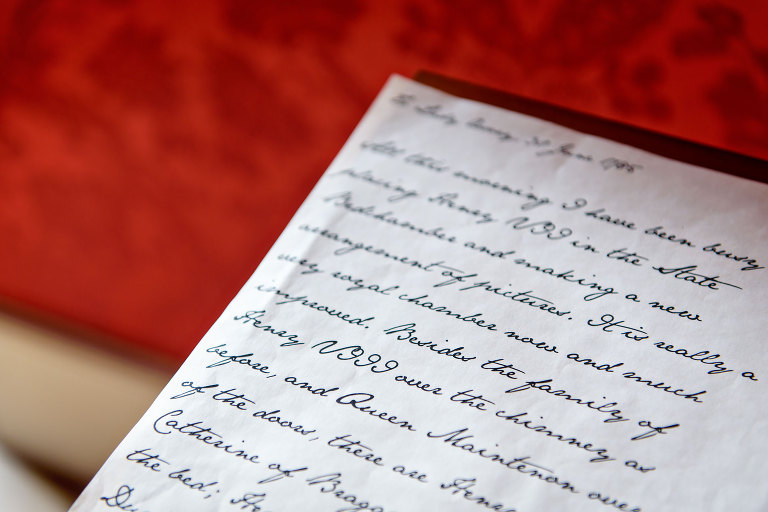 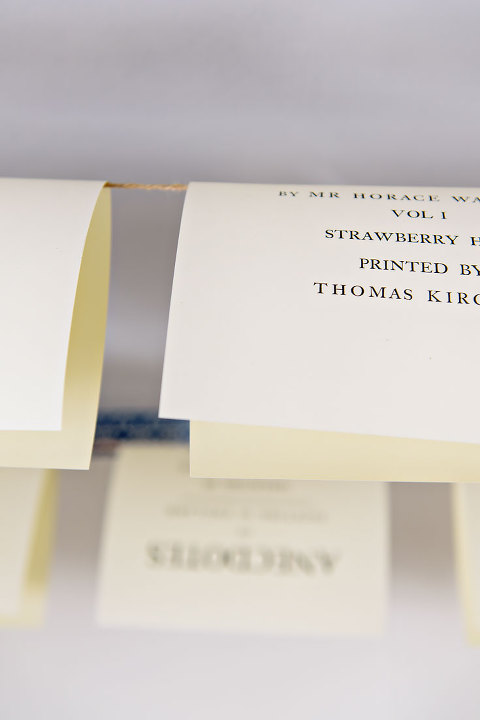 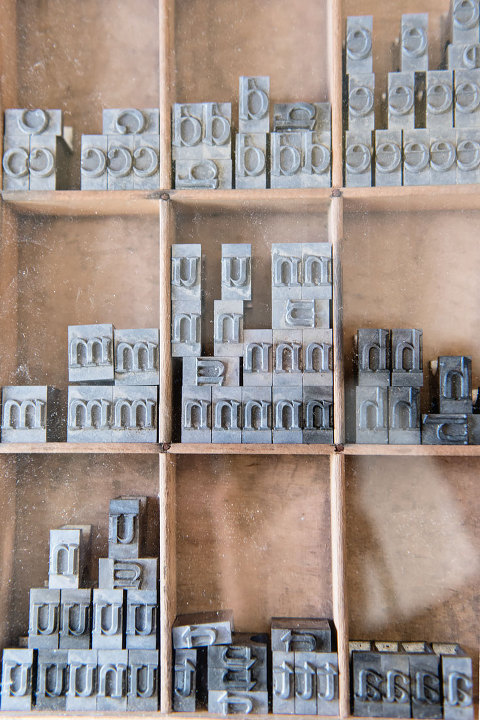 It may be eccentric, but the decorations in every room are incredible. With The Gallery (first photo) being the most impressive room of the house. This is Walpole’s first great state room that he used for entertaining guests. When it was finished he said ‘I begin to be ashamed of my own magnificence‘. I get his point… 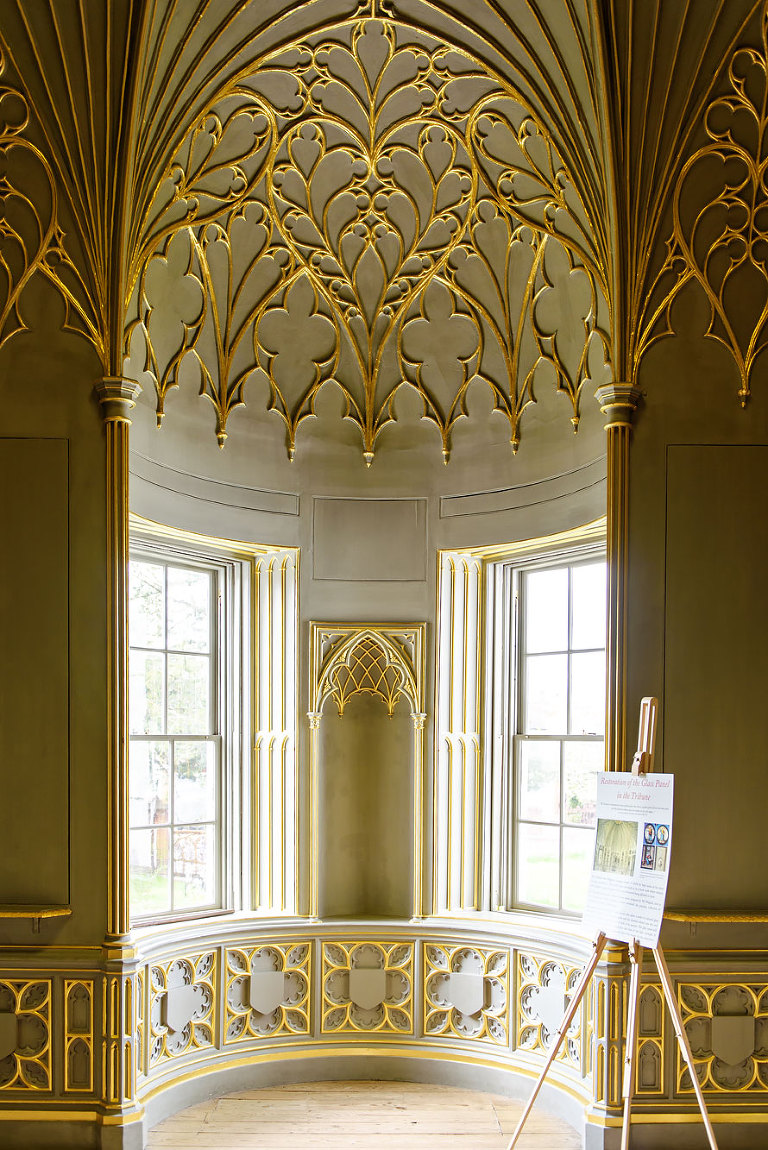 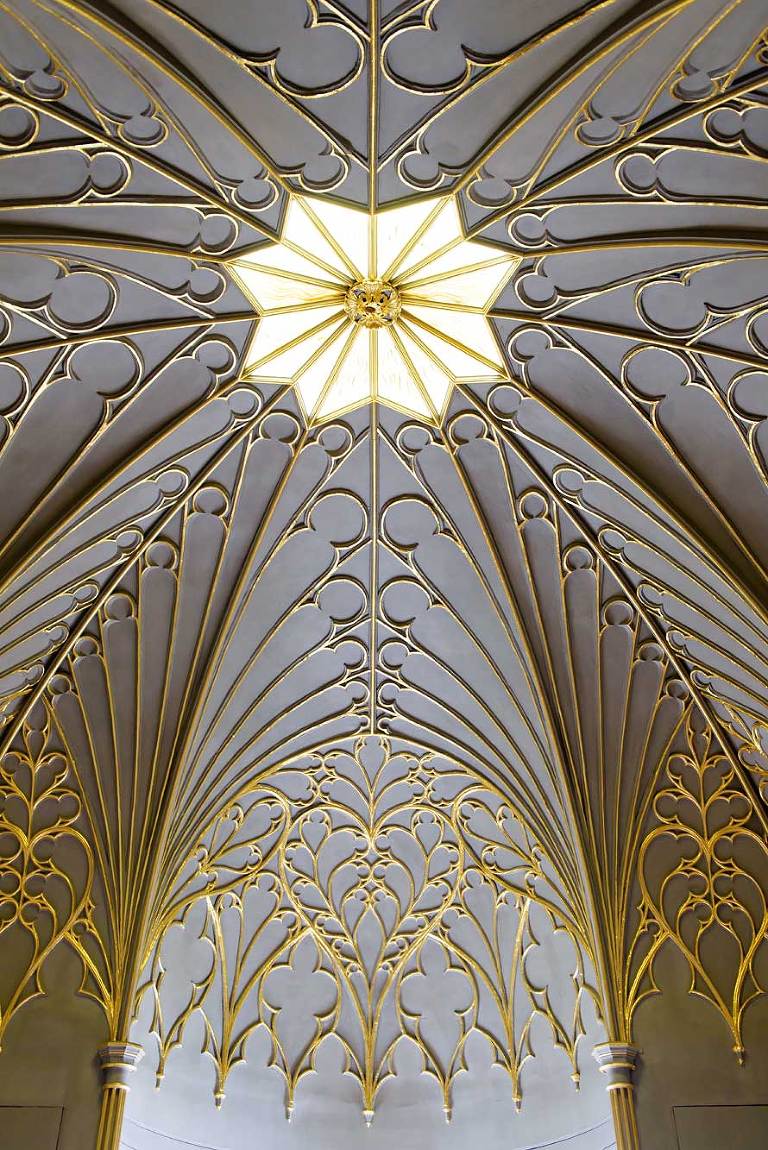 Another beautiful room is The Tribune. Except for the decorations on the wall and ceiling there’s not much to see today, but this is where Walpole used to display his most valuable possessions. Apparently not many people were allowed to go in, so most visitors at the time had to look at the collection through bars at the door. 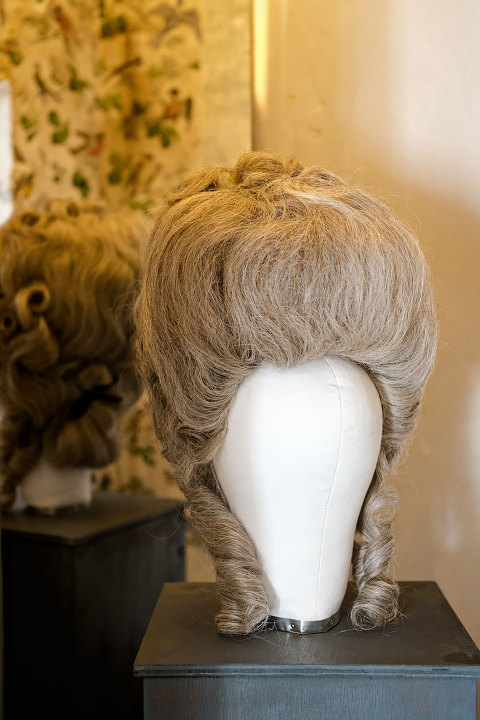 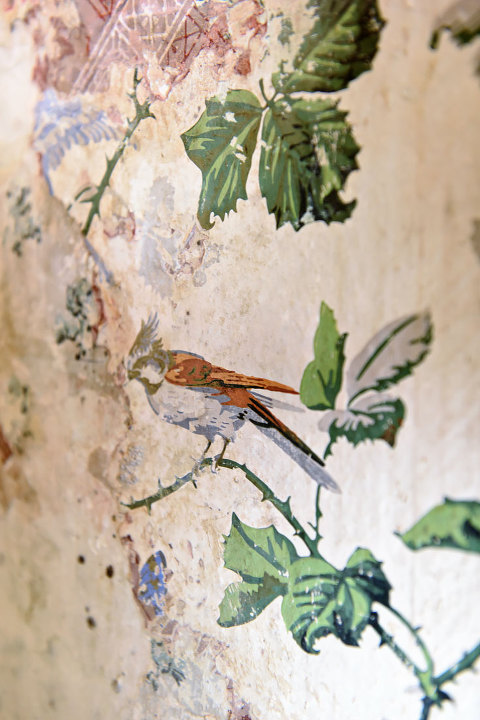 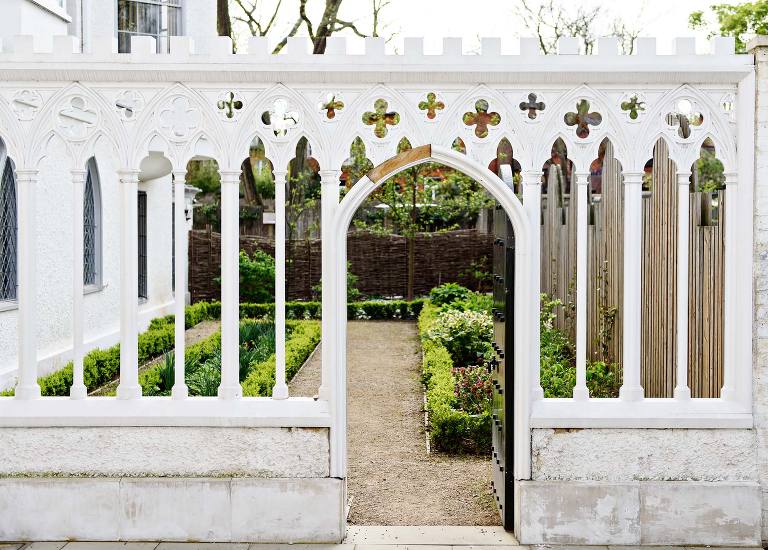 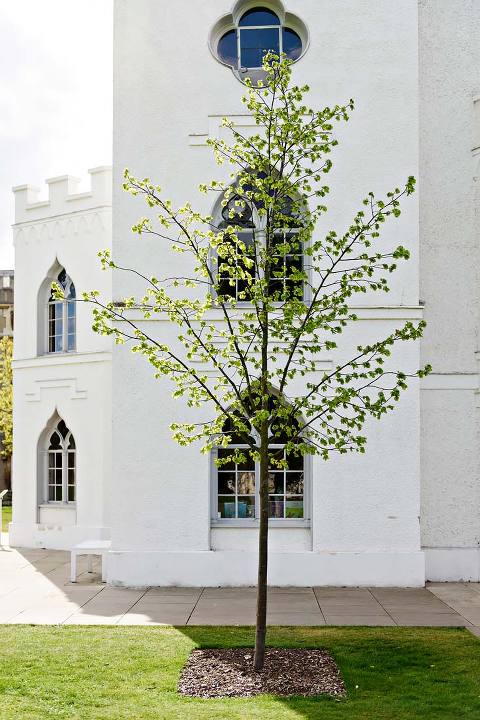 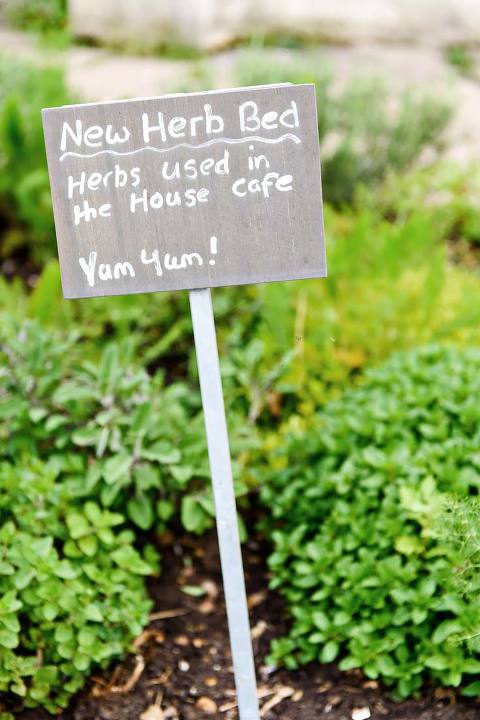 I’m not sure if I was more impressed with the inside or the outside of the house. To see a white Gothic castle – including battlements and a round tower – in the middle of such a ‘normal’ neighborhood is just bizar. Impressive…Pretty even, but bizar. They’ve done an amazing job with the restorations though, where they’re trying to make the villa look like it did at the time of Walpole’s death.

So if you’re looking for inspiration how to turn your tiny London apartment into a fairytale castle, then this is where you need to be!