Walking and sleeping on the High Line 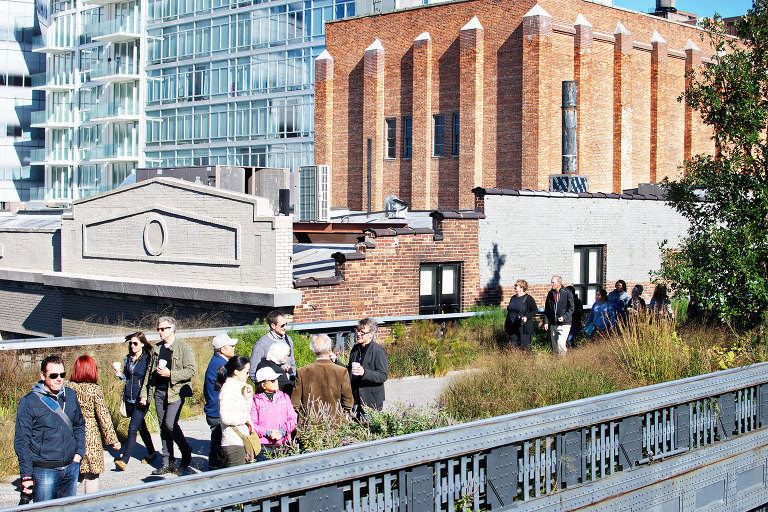 I think I can say I know New York pretty well. But walking on the High Line was a first. And let me tell you: it’s a must when you’re in the city. Especially when you have this gorgeous weather.

You won’t be the only one there though. I may have missed it the last time I was in New York (apparently it had just opened), but these days it’s one of the most popular places to hang out in Manhattan. So if you want to avoid the crowds, make sure you go early or right before it closes. And what better way to do that than to book a room in a hotel that’s built on top of the High Line? 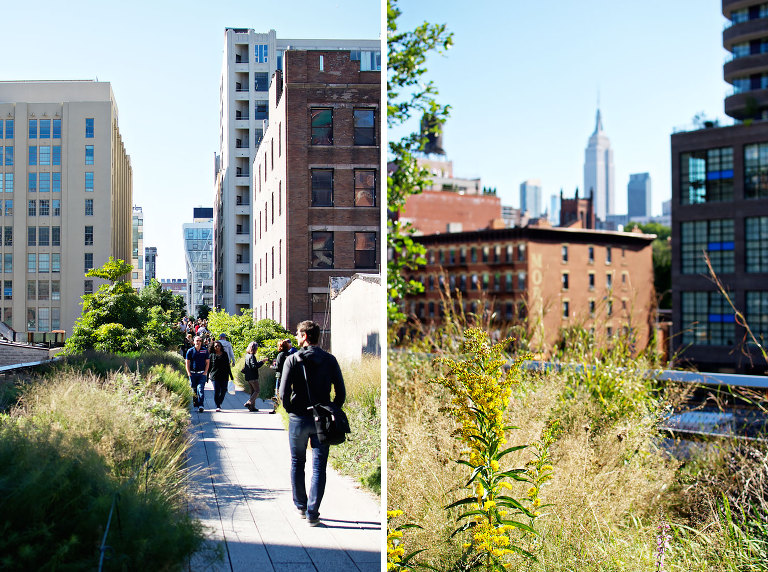 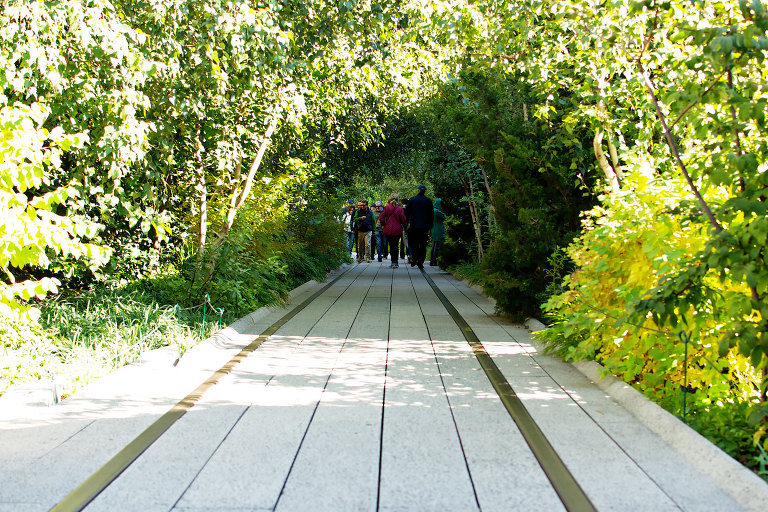 The High Line was once a freight railway, carrying goods by train through the city without having to use the streets. After the last train ride in 1980 (apparently carrying frozen turkeys), residents fought to prevent the demolition of the track and started making plans for a public open space. The first section of the High Line opened in 2009 and the third part opened in September this year. It’s now 2.33 km (1.45 miles) long, running from Gansevoort Street to West 34th Street. And what I love about the design is that they’ve used many of the plants that originally grew on the tracks after it went out of use. 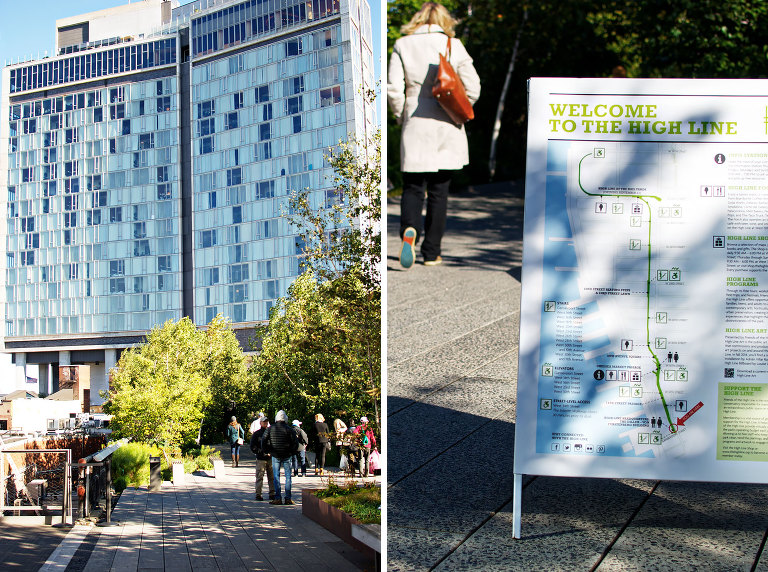 To go for the full High Line experience, I decided to spend my last night in New York at the popular Standard Hotel. There are two Standard Hotels in the city, but this one promised me amazing views. Not only of the High Line, but also of the city and Hudson River. I can’t say it looks very pretty on the outside, but in this case I’m more interested in what it looks like on the inside. 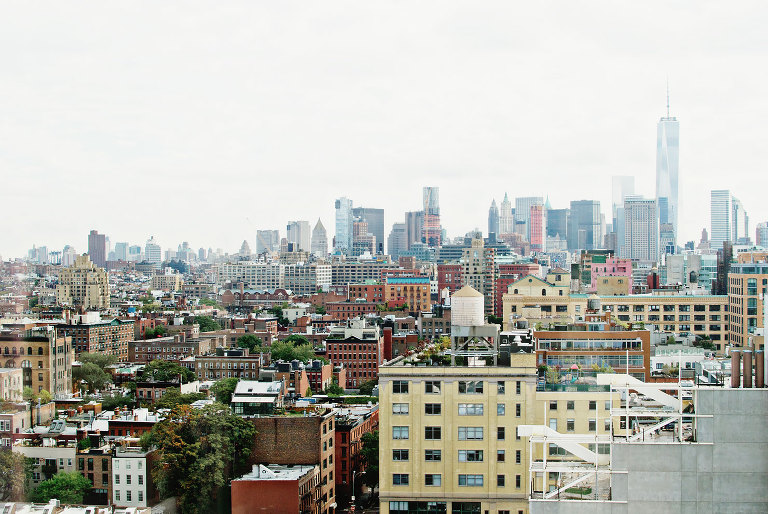 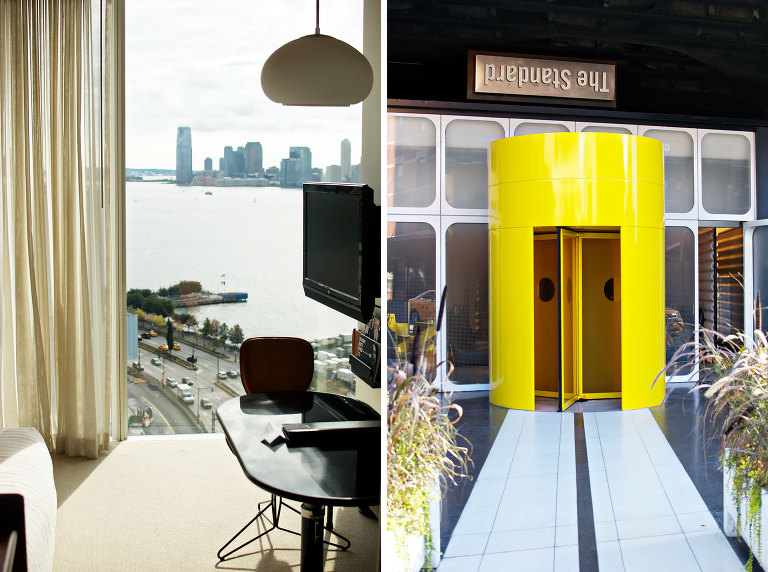 Did anyone ask for a room with a view? This must be the best view I’ve ever had in a hotel room. Floor to ceiling windows overlooking both the Hudson and the city. And below you see people walking down the High Line. Pretty amazing right?

The room was very stylish, modern with a retro twist. And if you open the wooden shutters in the bathroom you can even shower or take a bath while enjoying the view. Just don’t forget that people on the High Line can actually see into your room… 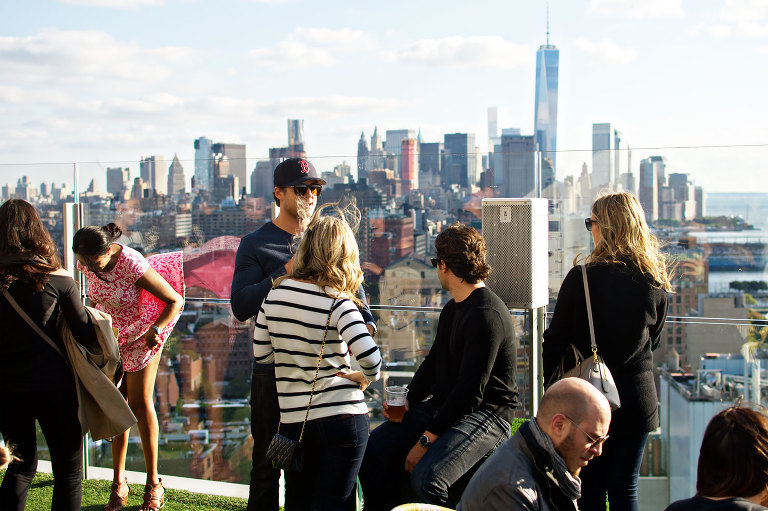 And if you’re looking to party, you don’t have to go far either. This hotel is not only known for its stellar views, at night the rooftop bar and penthouse discotheque Le Bain is the place to be. Yes, there’s a pool on the dance floor!

I skipped the party, but did have a look at the place during the day. Again, another view that’s hard to beat. And with the ‘faux’ grass floor it looks spectacular. Unfortunately they don’t really try to make you feel very welcome. People are rude at the door and in general you get the feeling that you should be happy to be let in. Even though you’re staying at the hotel. Not really my thing.

Oh, and I bet this girl in the pink dress wished she’d put on trousers that morning! 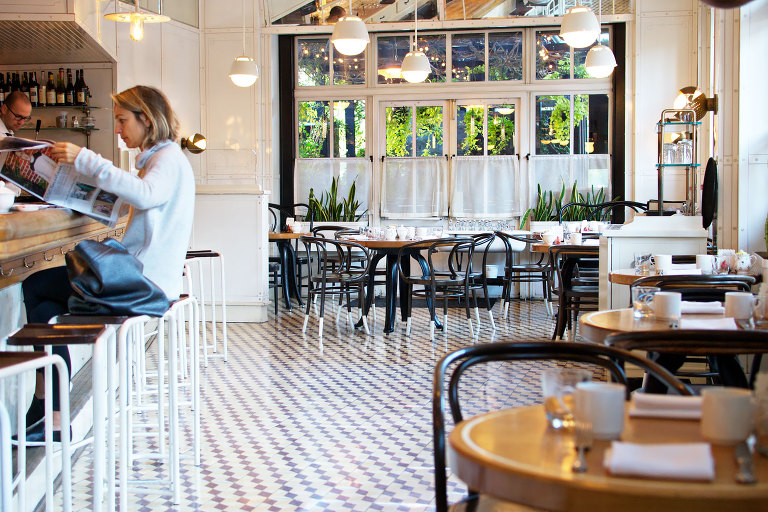 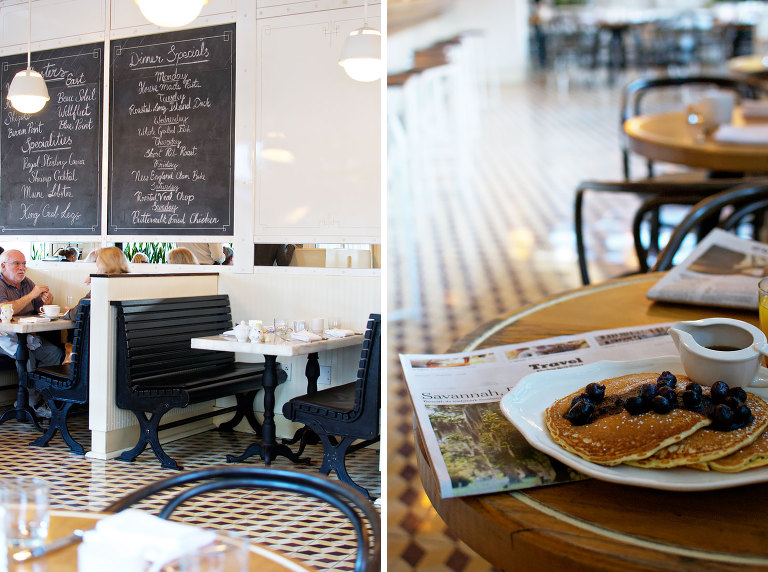 What a difference from the rest of the hotel! From the moment you walk in the door everybody is super friendly. Also my experience at The Standard Grill, the restaurant next door where I had my breakfast, was great. What a beautiful place and… everybody was so nice. And of course, since it was my last day in New York, I ordered blueberry pancakes with lots and lots of maple syrup. Delicious!

It was the perfect ending of my New York city trip. And next time I’ll just go to the hotel’s Biergarten for a drink. Sausages, pretzels, beer and pingpong instead of disco pools with a view. Sounds like my kind of place.