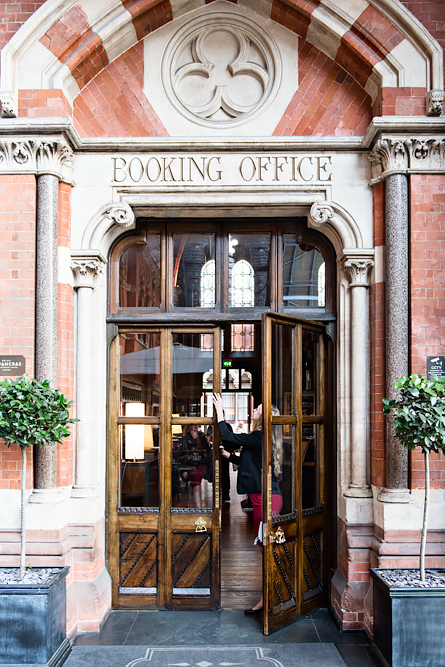 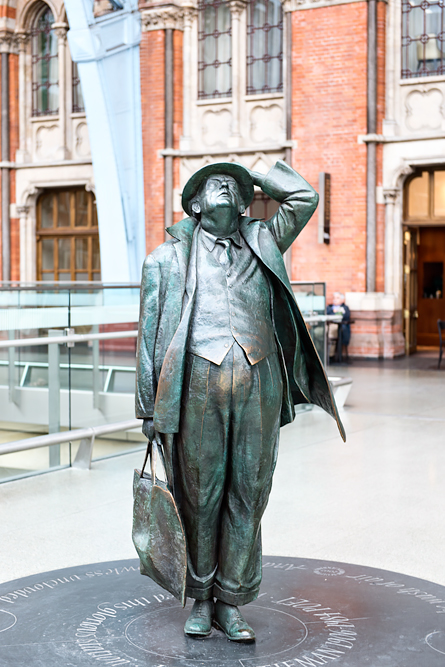 With the current real estate prices in London you can’t have too many demands when you’re looking for an apartment. More space, a view of the city, a roof terrace…Maybe when you win the lottery?

But a girl can dream, right? So I love looking at apartments that I know I’ll never be able to afford, but would move into in a heartbeat if I could.

During the Open House London weekend, you don’t have to dream sitting behind your computer or flipping through magazines. You can actually visit some of these special and beautiful houses yourself. 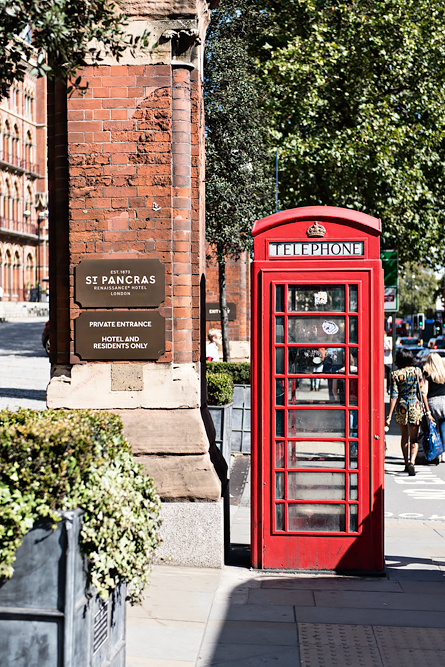 So this year I signed up for a tour of the St Pancras Chambers and Clock Tower. To be honest, I didn’t even know that people are living here; I thought it was just a hotel.

But no, the St Pancras Chambers apartments are indeed in the same building as the famous hotel, but have a separate entrance for residents. And today, they let us ‘wannabe residents’ in as well. 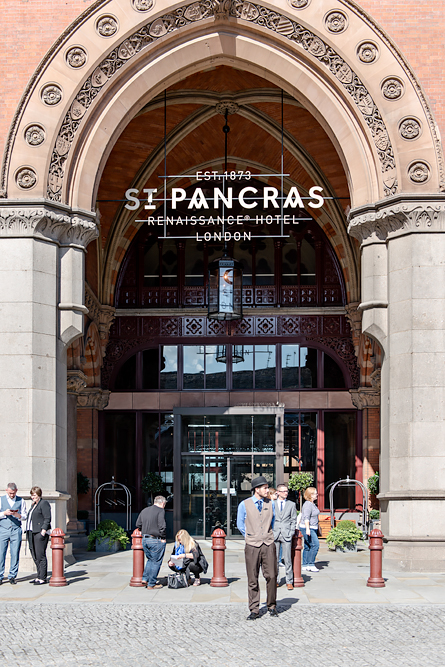 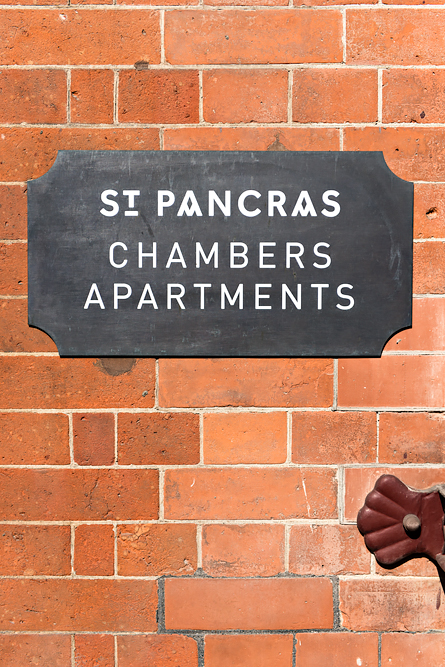 The history of the building goes back to the second half of the 19th century when architect George Gilbert Scott designed it as a hotel for the Midland Railway Company. With its 82 meter clock tower, the hotel was considered to be the tallest building in Europe.

In 1935 the railway company started using it as office space, and it was in 2005 that the Manhattan Loft Corporation converted the old hotel into apartments and a new hotel as part of the St Pancras Renaissance Hotel (which opened in 2011). 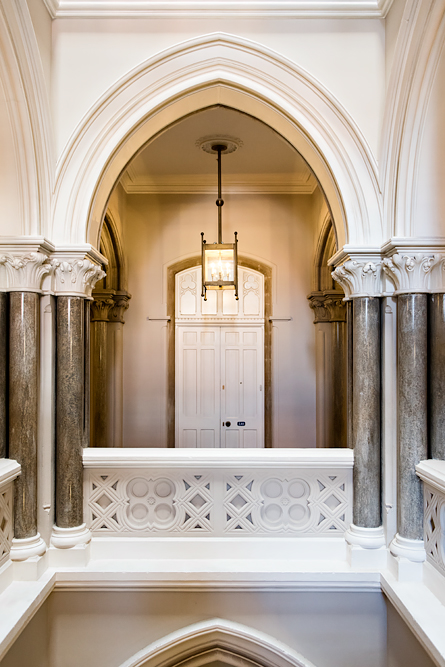 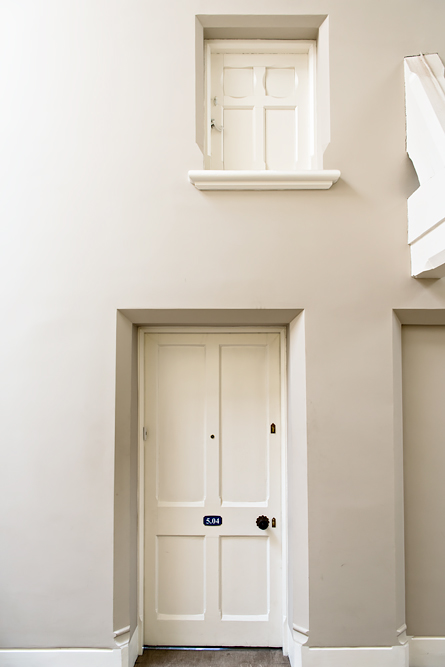 The apartments have been renovated to modern standards, but you can still see little details that give away how long this building has been around.

Above the front doors you see these smaller doors. This is where the servants would sleep to be close to their bosses for whenever they needed them. Can you imagine having to climb up there? 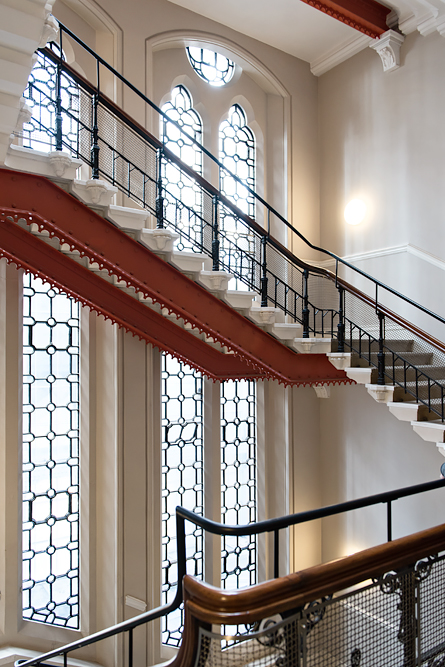 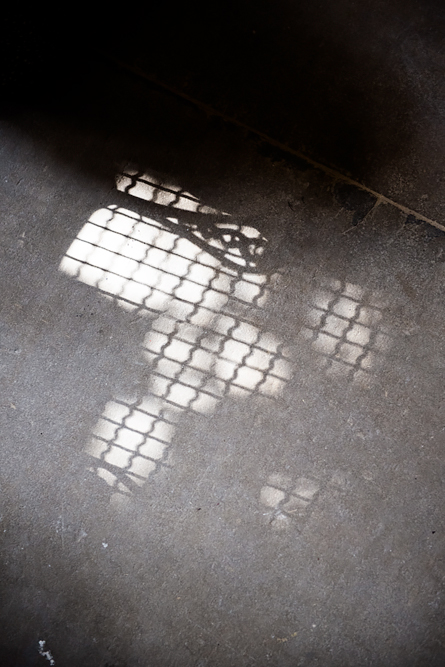 Looking through the windows while walking up the stairs, you look down on the hotel’s restaurant and the station’s platform (hello Eurostar). 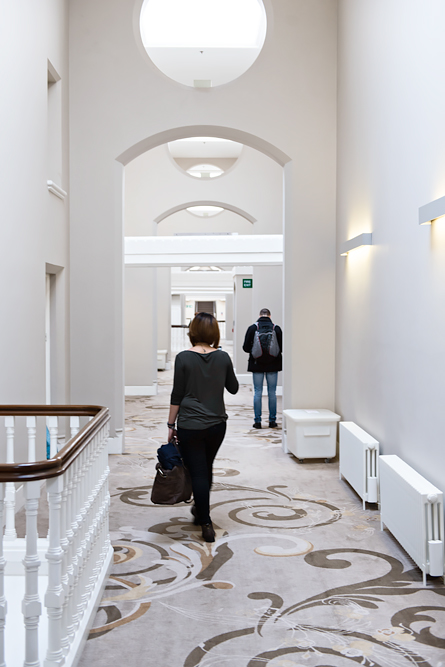 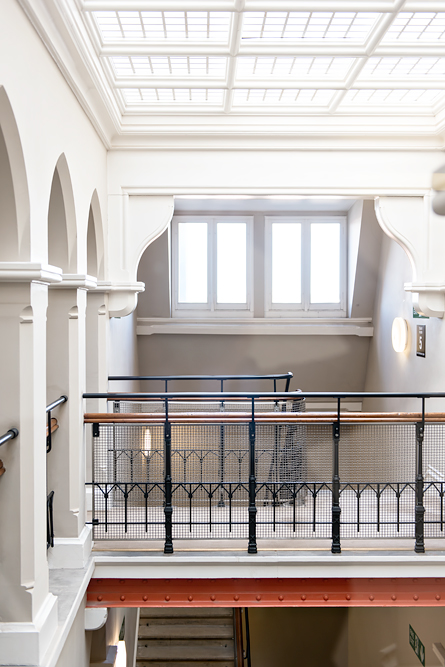 The apartment we are visiting is the clock tower, the apartment underneath the clock at St Pancras Station. The main room – the tower room – is 10 meters high and was designed to look like a bell chamber, even though the clock never had any bells. 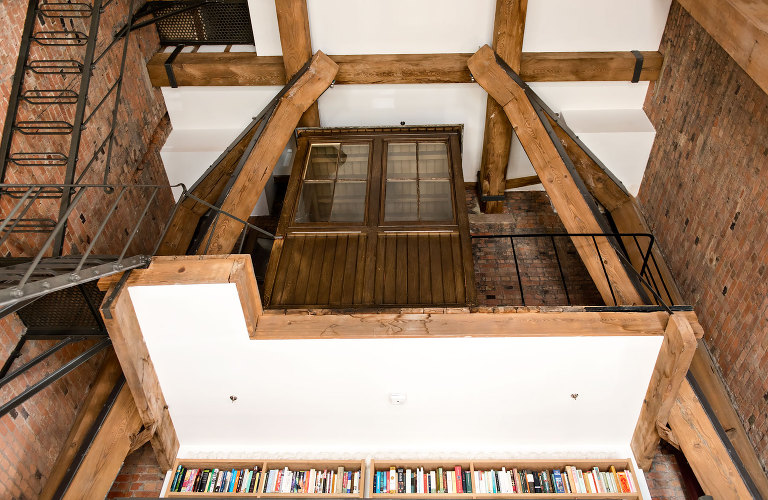 How amazing it must be to live here. The exciting part is that even though you might not be able to put down a couple of million pounds for an apartment here, you can still rent it for a couple of nights via Airbnb.

Something I would definitely recommend if you’re looking for something special. As a resident you can also use the hotel’s room service, but there’s a £100 minimum (that’s gotta be some breakfast!). 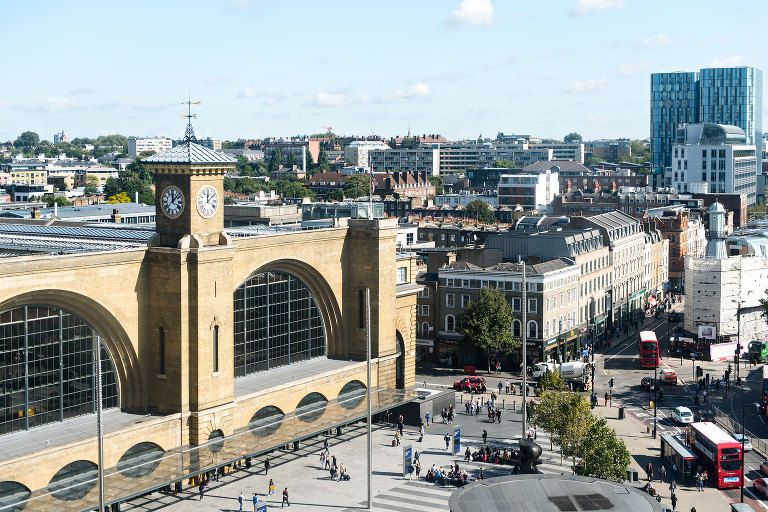 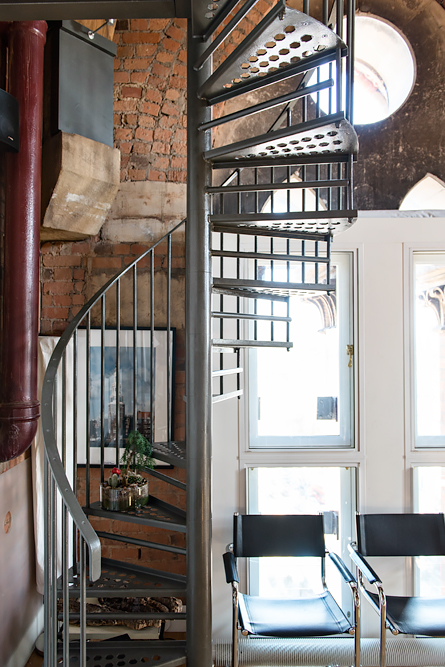 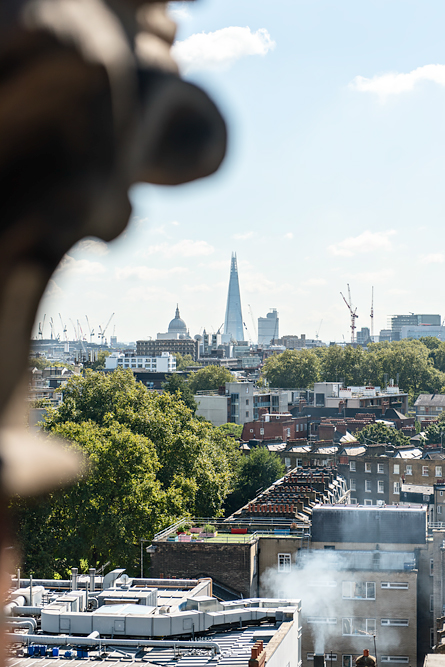 The apartments are only accessible as part of a tour during the Open House London weekend, but the rest of St Pancras Renaissance Hotel is worth a visit any time of year. 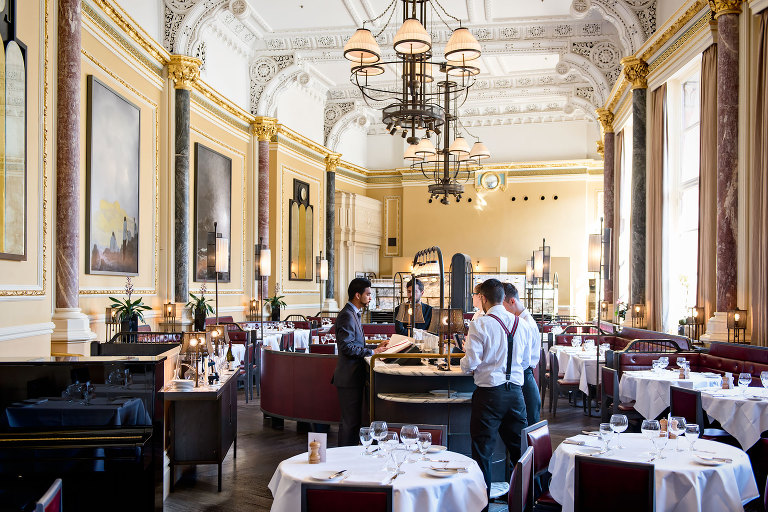 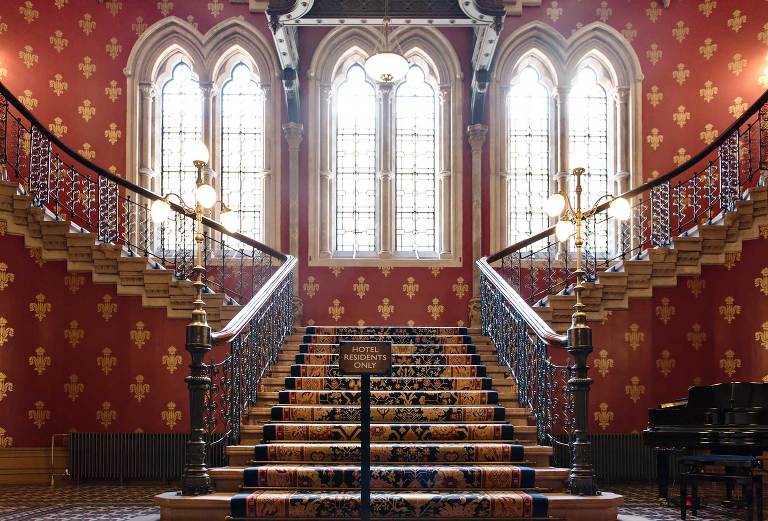 I really enjoyed the tour, so if you haven’t seen the apartments yet I highly recommend signing up for a tour next year. This is one of the most popular private houses during Open House London so make sure to book early.