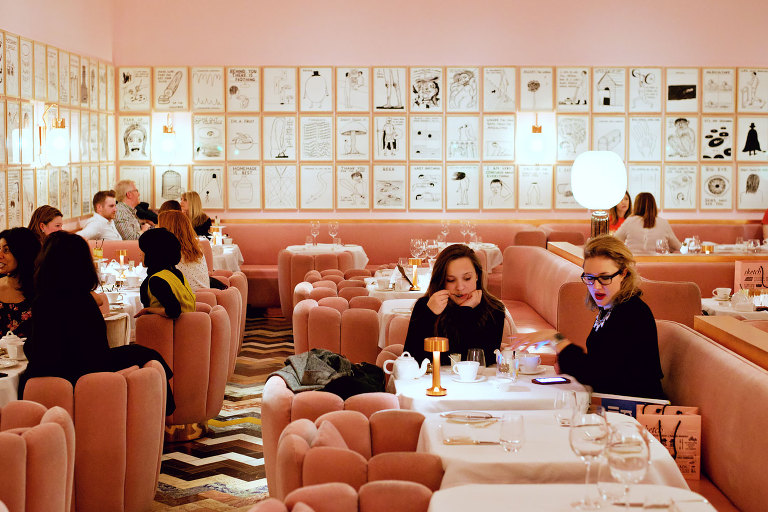 One word of advice: if you’re going to treat yourself to an afternoon tea at Sketch, skip the brunch, food market and dinner plans. It was all a bit much. But when foodie friends from Holland are visiting, you just have to be a big girl, stop complaining, and start eating.

So after starting the day with a delicious brunch at The Modern Pantry and a visit to Broadway Market, we continued our way to Conduit Street for an afternoon tea in a room that can best be described as…pink. 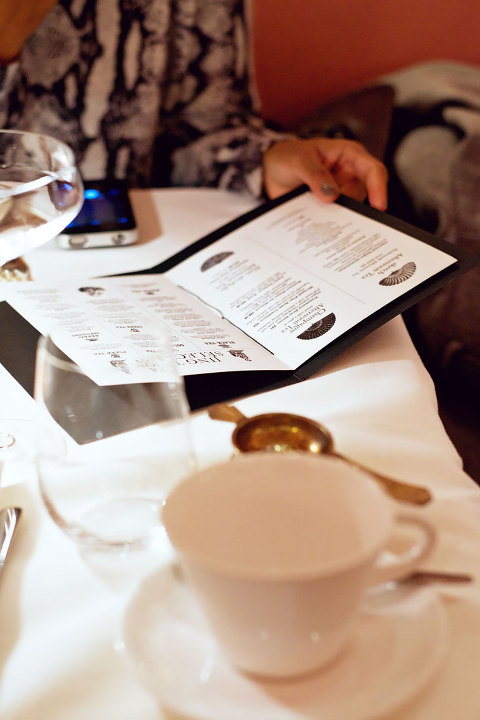 Ever since someone took me to Sketch mainly because of the interesting toilets, I’ve been a big fan of this restaurant/gallery. Or I should say restaurants, plural. Because once you step inside you’ll find different rooms – each with their own unique interior – to choose from.

Until now I’d only been to The Parlour for tea and cake, but now I would finally experience their afternoon tea in the famous pink room, better known as The Gallery. 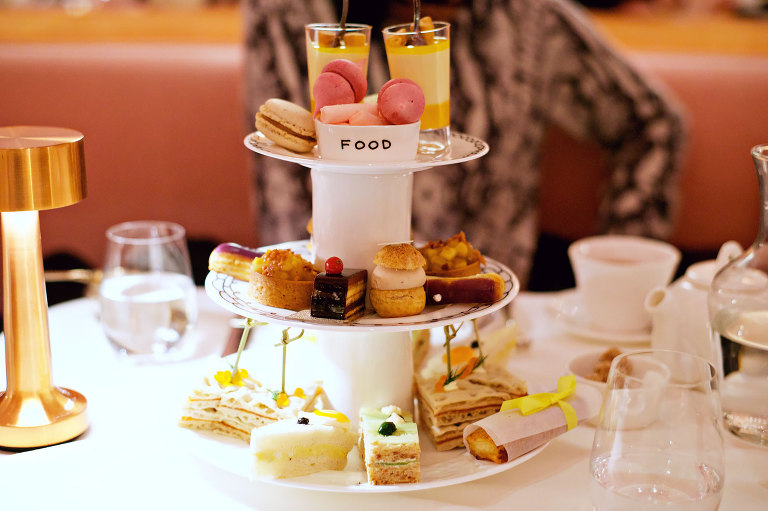 As the picture above already shows, this is not a traditional afternoon tea. Sure, there’s the three-tiered tray. There are sandwiches and scones. But everything is different from what I had before.

Not only in a good way unfortunately. I can only encourage people that are trying to modernize the afternoon tea tradition. In a city where every hotel and restaurant tries to attract locals and visitors with their version of afternoon tea, it’s hard to stand out. But what an afternoon tea should always be is a relaxing experience. And I can’t really say that it was.

The whole experience felt a bit rushed and chaotic. I’d heard stories of people that had been asked to leave after two hours, so when our table was still empty after almost an hour, I was starting to get a bit worried. Especially when people around us that had arrived later did have food on the table.

But when the food finally arrived it looked amazing. There were salmon, egg salad and cucumber sandwiches, but all with a twist. And I’ve never seen a tiny croque monsieur as part of an afternoon tea. Nothing wrong with melted cheese on toast, but I wouldn’t necessary need it with my tea.

The weird part was that even though we hadn’t even finished our sandwiches, we were brought an extra plate with more. We explained that we hadn’t asked for them and were still working on what was in front of us, but according to our waiter it was included in the price…which basically ended the conversation. 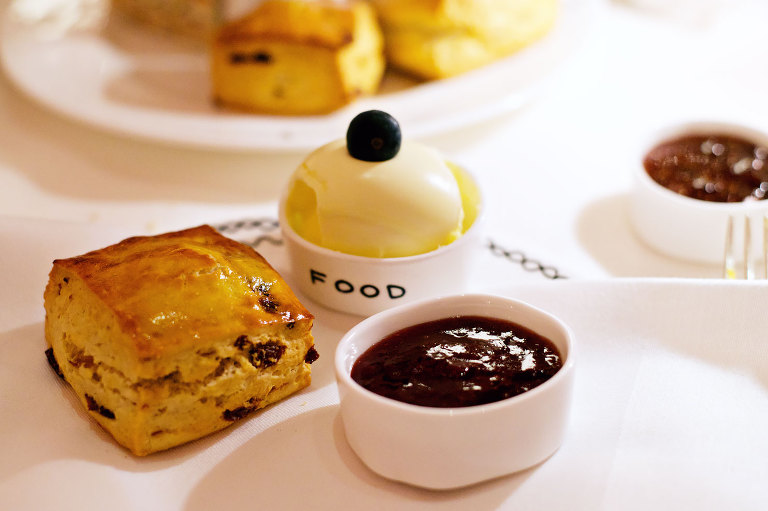 The order in which you would usually attack an afternoon tea is sandwiches first, then the scones, and then the pastries. We were done with the sandwiches (although we didn’t touch the second round), but there were no scones. He had asked what kind of scones we wanted when we ordered our tea (every kind of course) and they were handing them out at the other tables, but nothing for us.

We asked, and asked again and finally they gave us two napkins with two fresh, warm scones inside. I wouldn’t say they were the best scones I’ve ever had, but they were pretty good.

On to the pastries and then we realized that our delicious brunch from that morning was working against us. We were just too full. So we tried a few bites and then had to ask for a doggy bag to take them home. Bonus points for the doggy bag, which looked very cool (and pink). 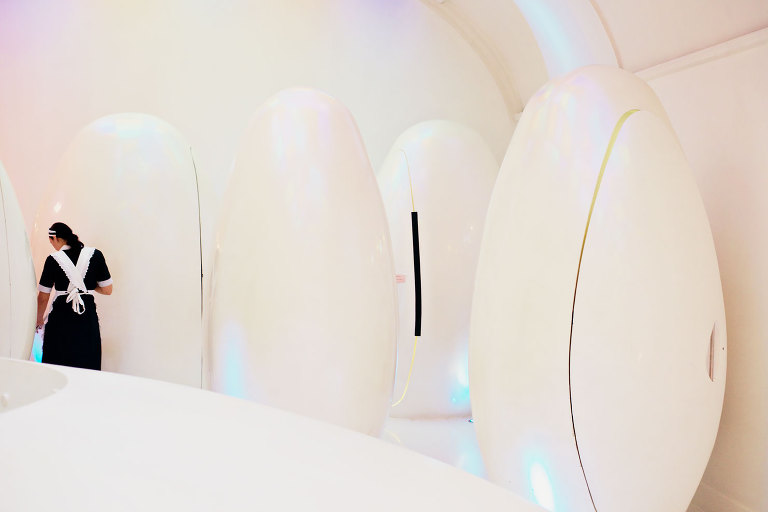 Fortunately we were never asked to leave, and the waiter felt genuinely sorry for everything that went wrong (my friend also didn’t get the tea she ordered).

I’m still glad I went though. The restaurant looks amazing and I like it when the food is a bit different from the traditional afternoon tea. So if you’re looking for an interesting, quirky afternoon tea in London, definitely go. But if you’re more in the mood for a quiet, relaxing catch-up with your friends over tea, then you might want to book a table somewhere else. Although that would mean you’d miss this toilet experience…