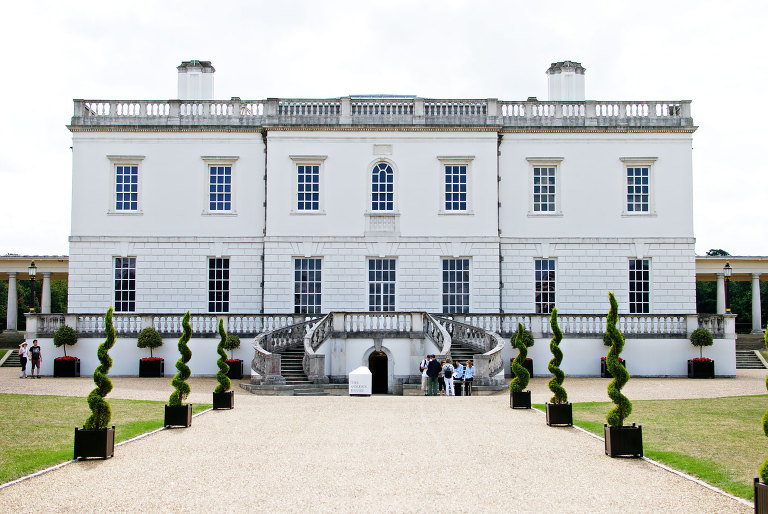 What year did I just walk into? I was expecting to see 17th century artwork, not real people walking around as if they had just stepped out of a painting.

What I learned later on was that they were hosting a special event to celebrate the 300th anniversary of the Longitude Act, offering rewards to whoever could solve the mystery of navigation at sea. It’s Longitude Season people! (Anything for a party right?)

Seeing these people definitely added something to the experience of visiting Queen’s House in Greenwich. But the real star of this house is the staircase: the elegant Tulip Stairs. I could tell you stories of ghosts and how this was the first unsupported spiral staircase constructed in England, but even without all that it’s still worth the visit.

Queen Anne of Denmark, the wife of James I of England (1603-1625) commissioned the Queen’s House – with its revolutionary classical design – in 1616 but died before it was finished in 1638. Queen Henrietta Maria, wife of Charles I, was the first to live here.

Today the house is part of the National Maritime Museum and showcases a collection of (mostly maritime) paintings. If I’m being honest, I’m not that interested in sea battles, but I really enjoyed visiting Queen’s House. Royal mansions, elegant stairs, marble floors, painted ceilings…what’s not to like? Oh, and did I mention they do afternoon tea on the house’s loggia with views over Greenwich Park? Forget the fine-art collection (sorry!), I’m coming back for scones and tea!