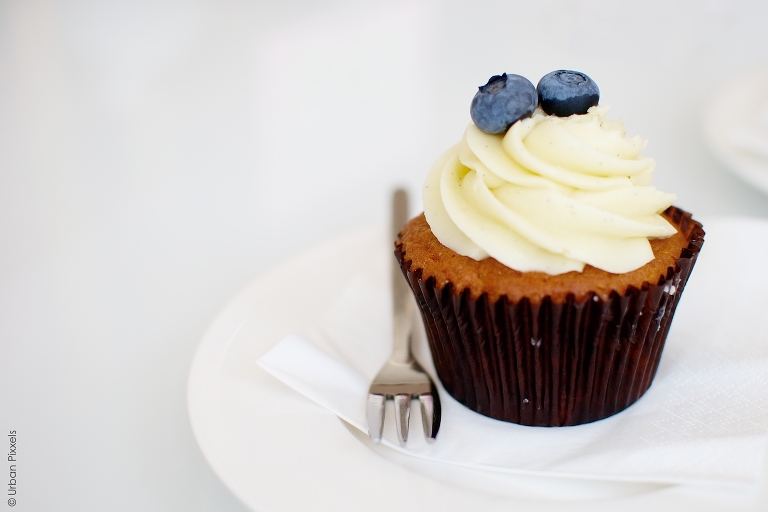 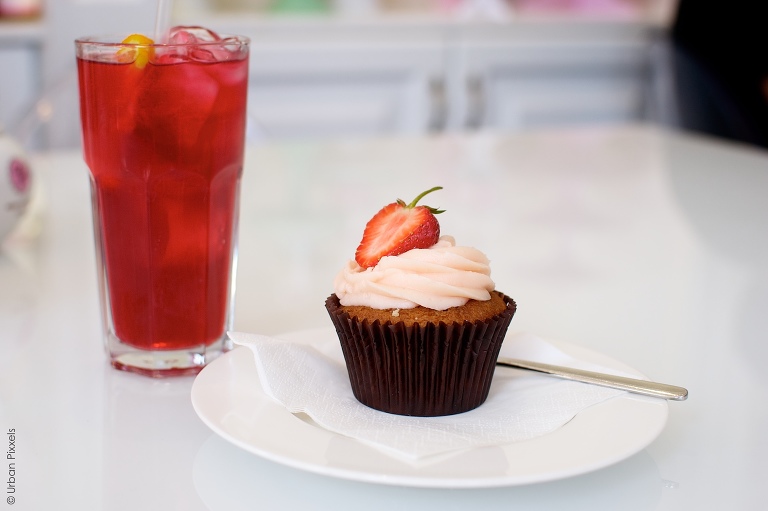 Cupcakes in London are – like pretty much anywhere else in the world – incredibly popular. What’s not to like about those sugary, colorful, beautifully decorated little cakes? One of my first stops in London was Hummingbird Bakery that is famous for its American style cupcakes. You have to stand in line to order one, but they’re good…. very good. But you get them to go, so you need to create your own ‘cupcake and tea moment’ at home.

And then I read about this place, Peggy Porschen Parlour in Belgravia. It’s as girly as a cupcake can ever be, with its pink painted walls, but very chic at the same time. What else can you expect in this neighborhood? And celebrities like Madonna, Elton John, Stella McCartney and Gwyneth Paltrow (does she ever eat cupcakes?) among its clients. Although I wonder if they also walk in with their hair curlers still in…I guess anything is possible in this city. 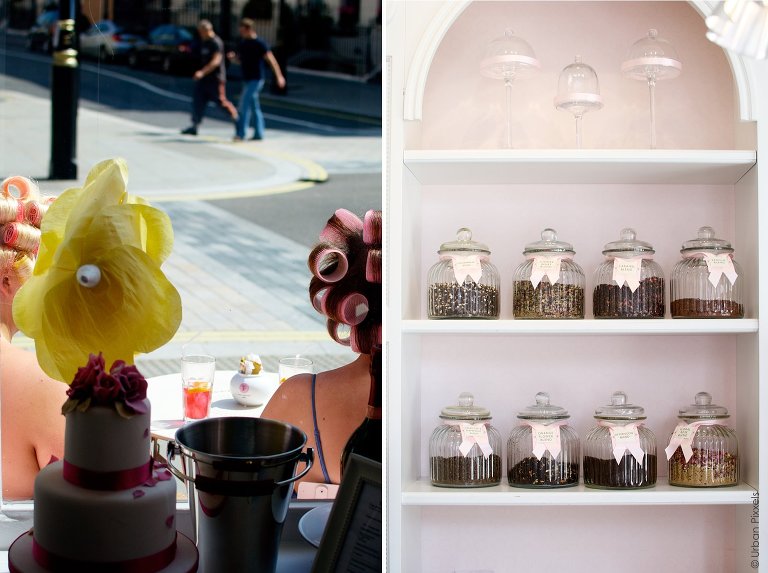 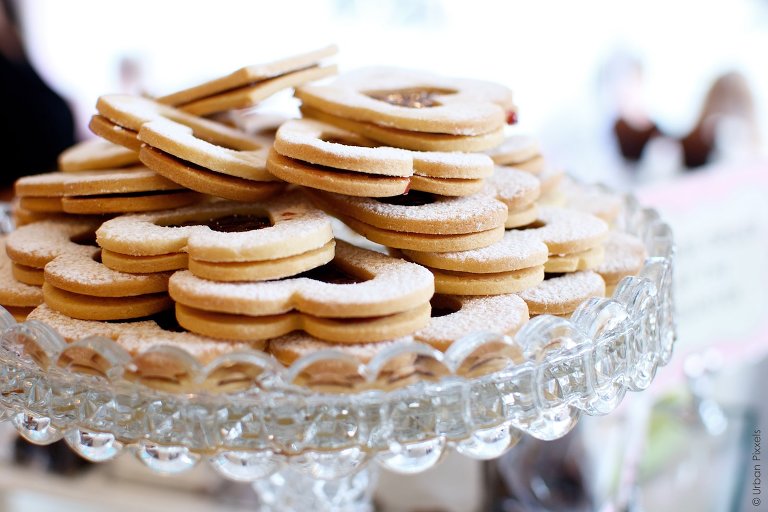 We each chose a different cupcake flavor, which I – for research purposes only of course – all had to try. So I can now honestly say that you can’t go wrong here. They’re super fresh and delicious. And they’re just the right size. Not too big, so if you really want to you could even go for a second round. (Not that I would ever do that…?)

Tags:
« On the ‘wrong’ side of the road
Secret Southbank Book Market »