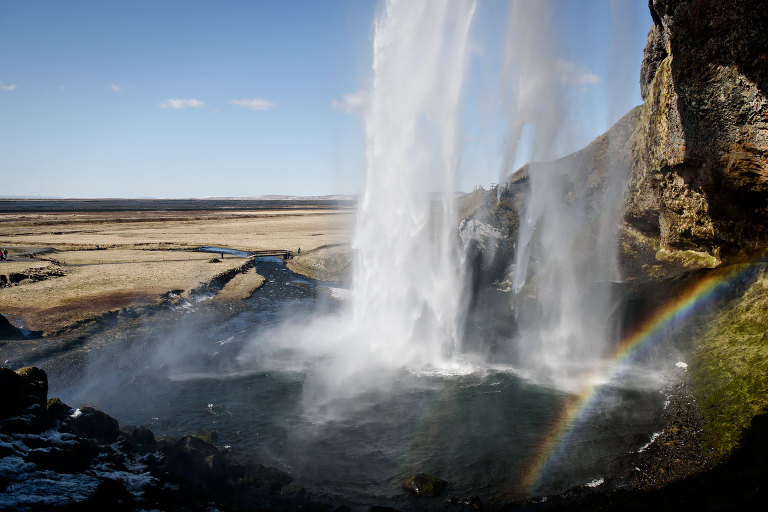 The moment I see Reykjavik disappearing in the rearview mirror of our rented car, I’m starting to feel really excited. The landscape is changing and our road trip has now officially started. You can’t compare a capital like Reykjavik to any other capital in Europe. It often feels more like a village than a city. But you don’t go to Iceland for its urban life, you come to explore its extreme and magical landscape. And that’s what we’re doing now. We’re hitting the main road (route 1), pressing play on our Iceland road trip playlist, still not knowing exactly what’s waiting for us along the way.

The first thing you notice is how deserted it is. Most of the time we’re the only car on the road, and apart from the farm houses we only come across little villages (population around 300) once in a while where the main attraction is the gas station. It’s not a small country. Almost 2.5 times the size of the Netherlands or half the size of the UK. But with a total population of 329.000 (a third living in Reykjavik), it’s not surprising that you don’t see that many people.

On our first day we’re driving to Skógar where we booked a room right at the foot of the famous Eyjafjallajökull volcano (Lonely Planet suggests to pronounce it as ‘Hey-I-forgot-my-yoghurt‘ really fast) that erupted in 2010. The theme of the day: waterfalls! There are many, they’re huge and they are beautiful. And even better, you’ll find them alongside the road and they’re free to visit. 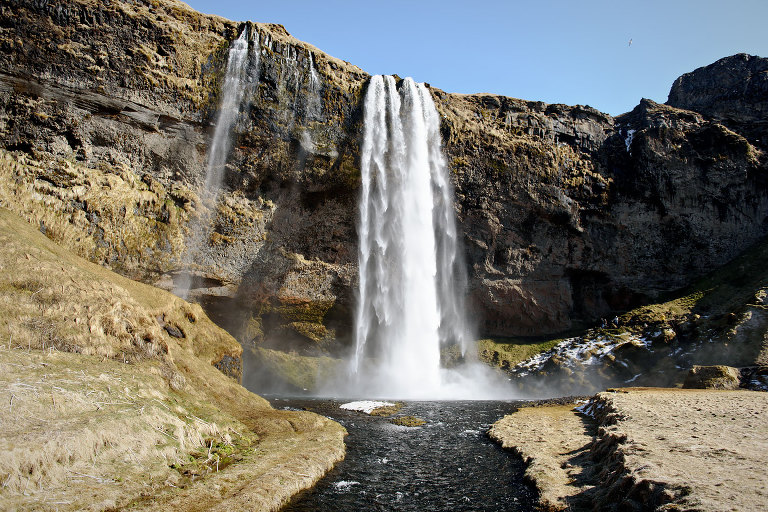 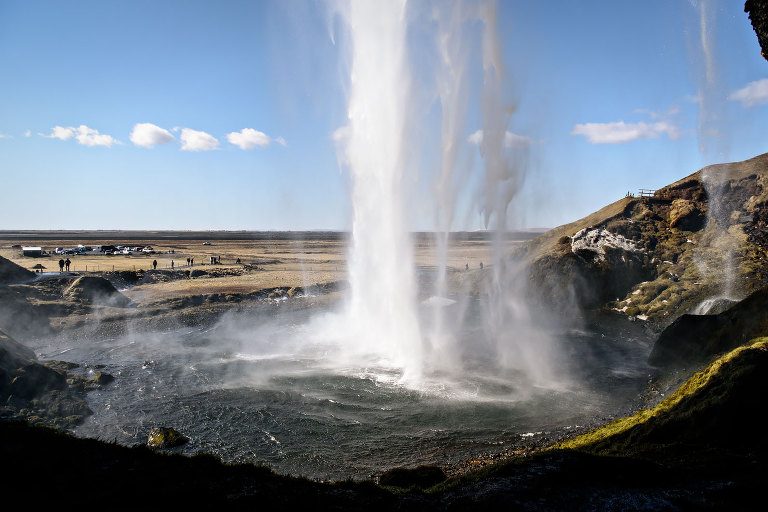 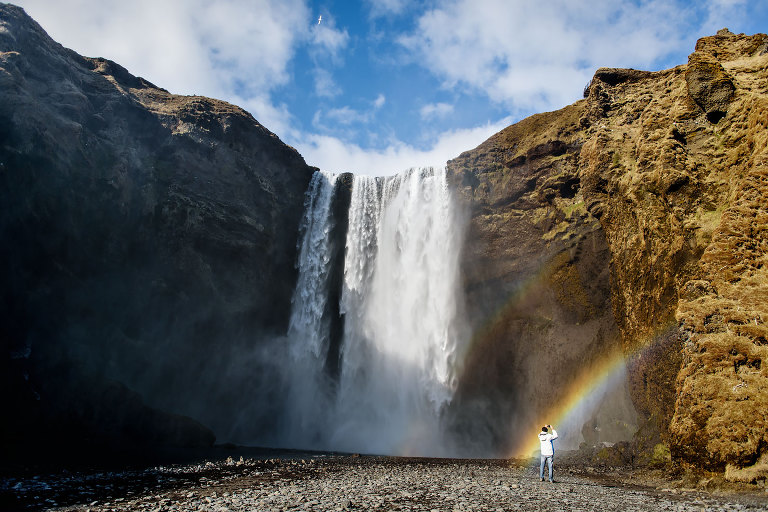 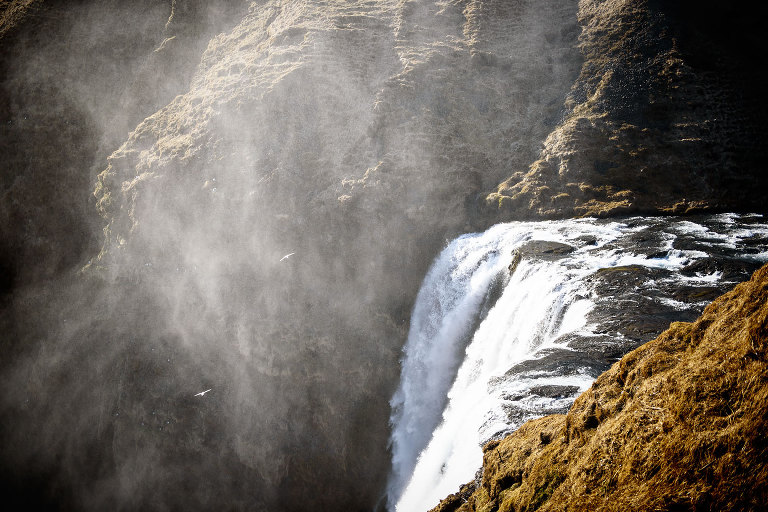 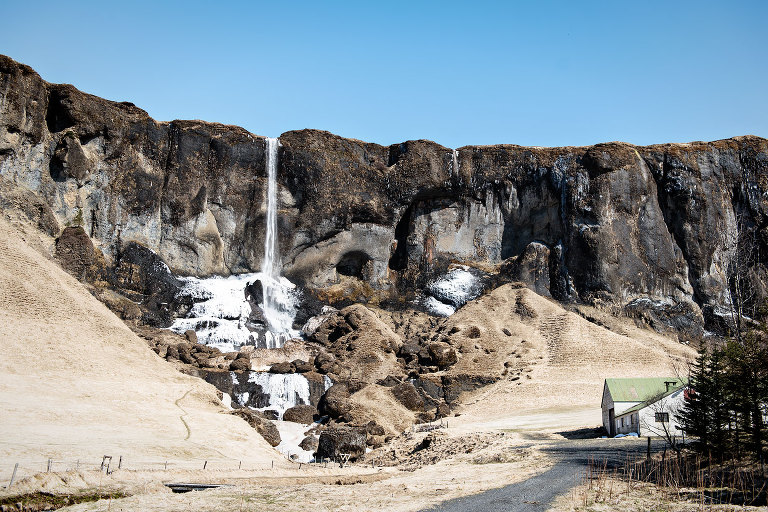 On our second day on the road, water is turning into ice. While we still see lots of waterfalls, the more we’re approaching Skaftafell, the more we see the temperature dropping and green fields and mountains turning white. It is magical!

Visiting the Jökulasárlón Lagoon was one of the things I’d been looking forward to mostly on this trip and it doesn’t disappoint. I’ve never seen this much ice and with a bright blue sky it looks incredible. I am constantly expecting to see a polar bear as if we were on the north pole, which obviously didn’t happen. But we did see sea lions!

After Jökulasárlón we’re driving further to Höfn, which with a population of 1640 people is considered to be a big, modern fishing town. But more importantly, it’s where you can get the best ‘humar‘ (langoustine) in the country. We had dinner at Humarhöfnin where you’ll spend (as most of the time in Iceland) a small fortune, but it is so worth it. 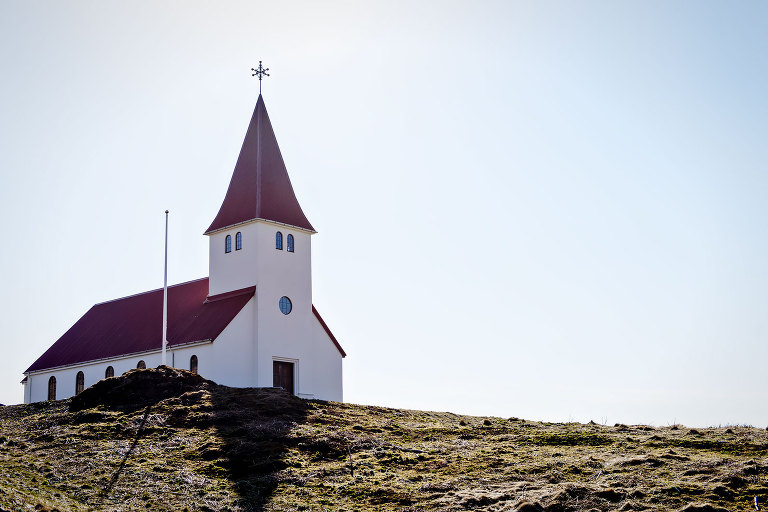 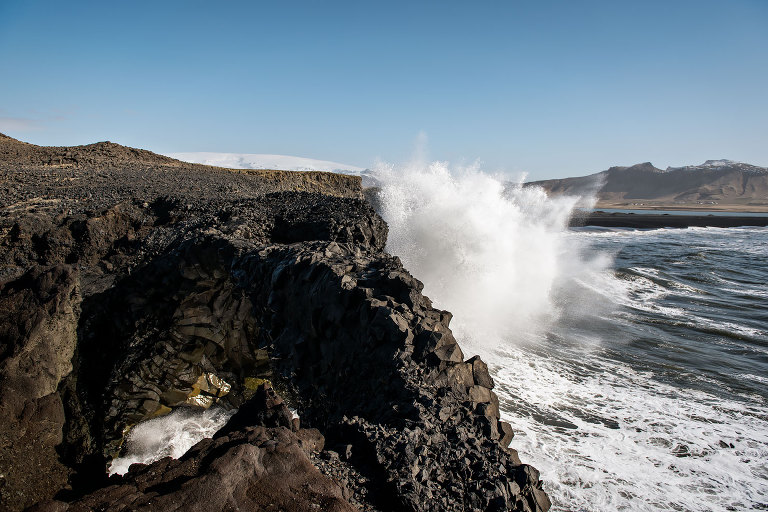 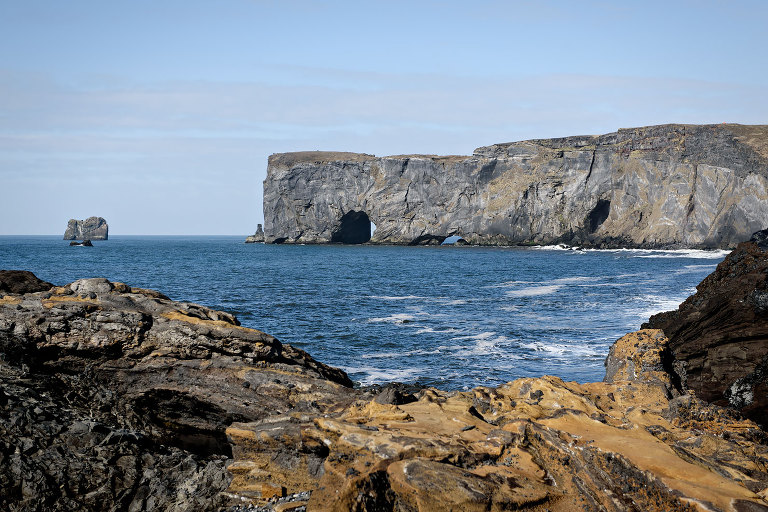 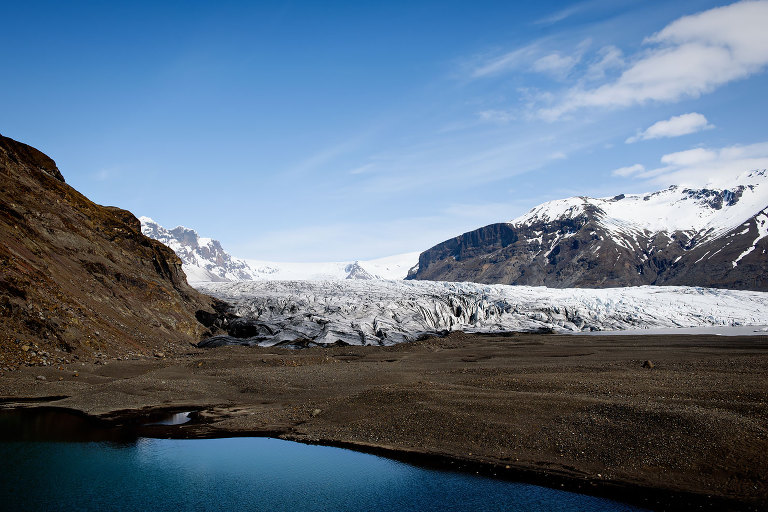 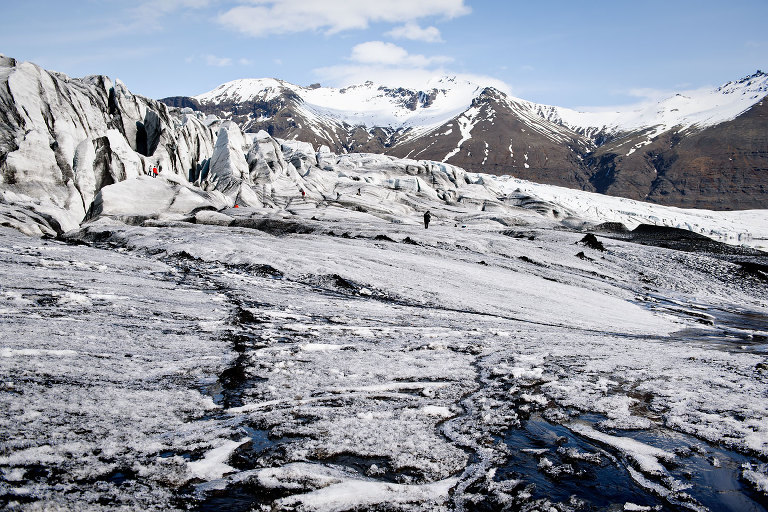 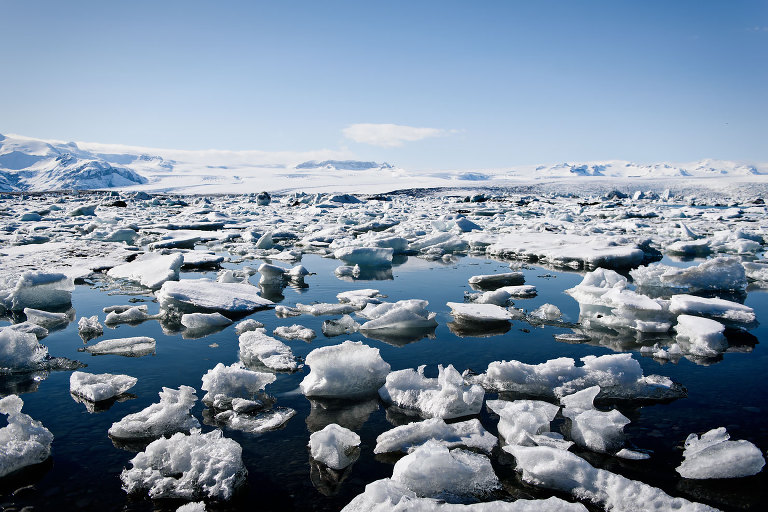 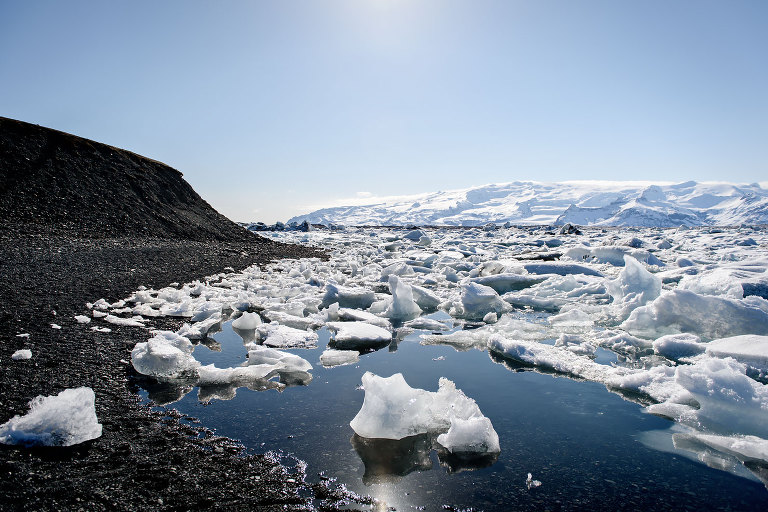 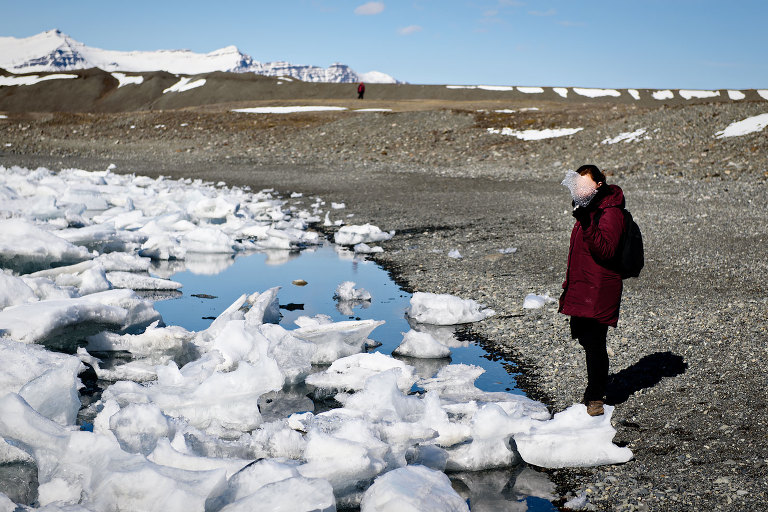 With only one main (ring) road going around the country, you can’t really take an alternative route when you’re driving back. Which means that day 3 is spent mostly driving the exact same road back before turning towards Nesjavellir, which is not far from Reykjavik.

But again, with the landscape constantly changing it doesn’t feel like I’ve already seen it all. It is a long drive however, so we don’t make too many stops. Something we do stop for is Núpsstaður. It’s easy to miss, but this early 19th century farm has one of the last turf churches in Iceland and is very pretty. 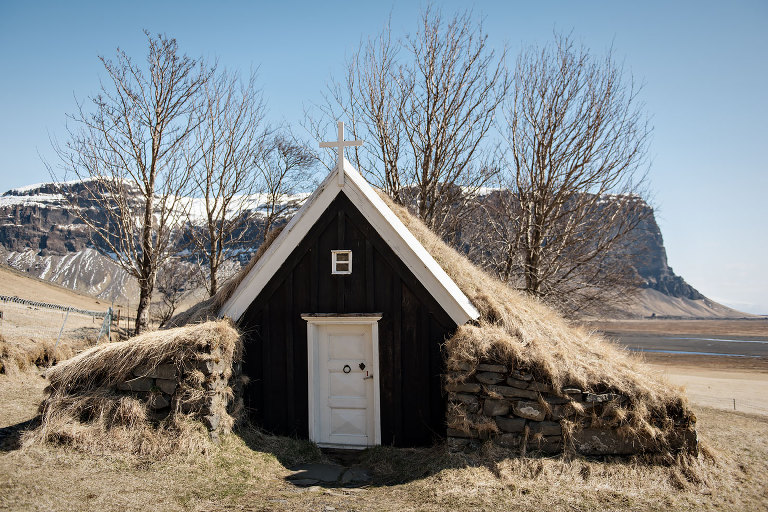 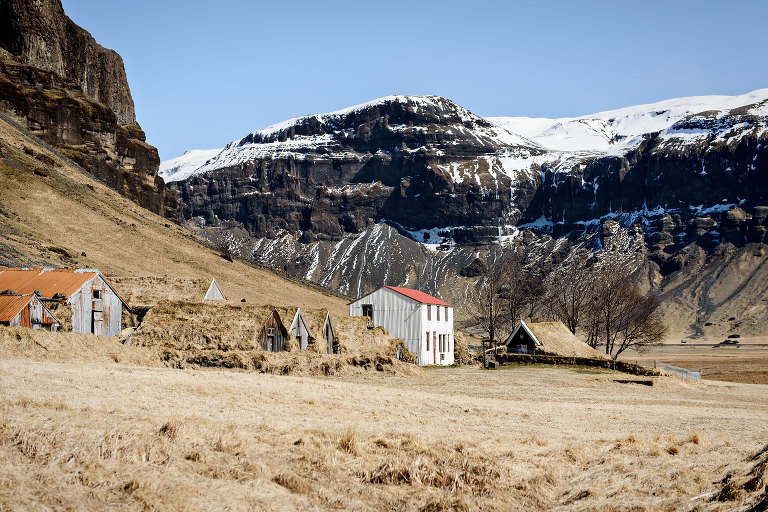 Our arrival at the ION Hotel in Nesjavellir is the start of the next part of our road trip: the Golden Circle. To be continued…

Tags: Iceland, Travel
« Where to stay in Reykjavik: KEX Hostel
Roadtrip in Iceland: The Golden Circle »