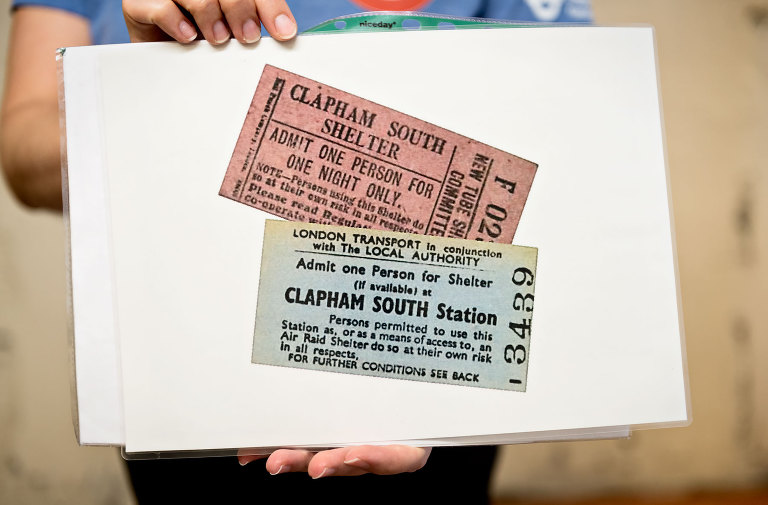 I often have to remind myself to look up when I’m exploring a city. But sometimes a city’s best kept secrets are hidden underground.

For two years I was living right above an important part of London history: the deep-level shelters at Clapham South. Built during the Second World War to protect the people from the German bombings. What I didn’t know was that a small group of people gets the chance to visit them today. 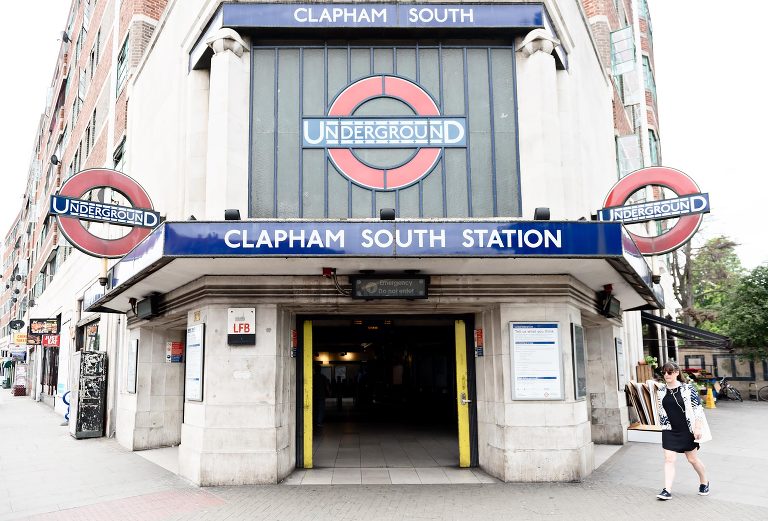 The London Transport Museum organizes the Hidden London tours a couple of times a year. They sell out quickly so when I read about this year’s tours months ago I signed up immediately.

When the day finally arrives I’m super excited. Even though I’m going on an official tour, it still feels we’re about to explore this part of the city that’s hidden from and forgotten by the general public. A bit like urban exploring, but without the trespassing.

We’re meeting at Clapham South Station and then walk down the road to the entrance of the shelters. 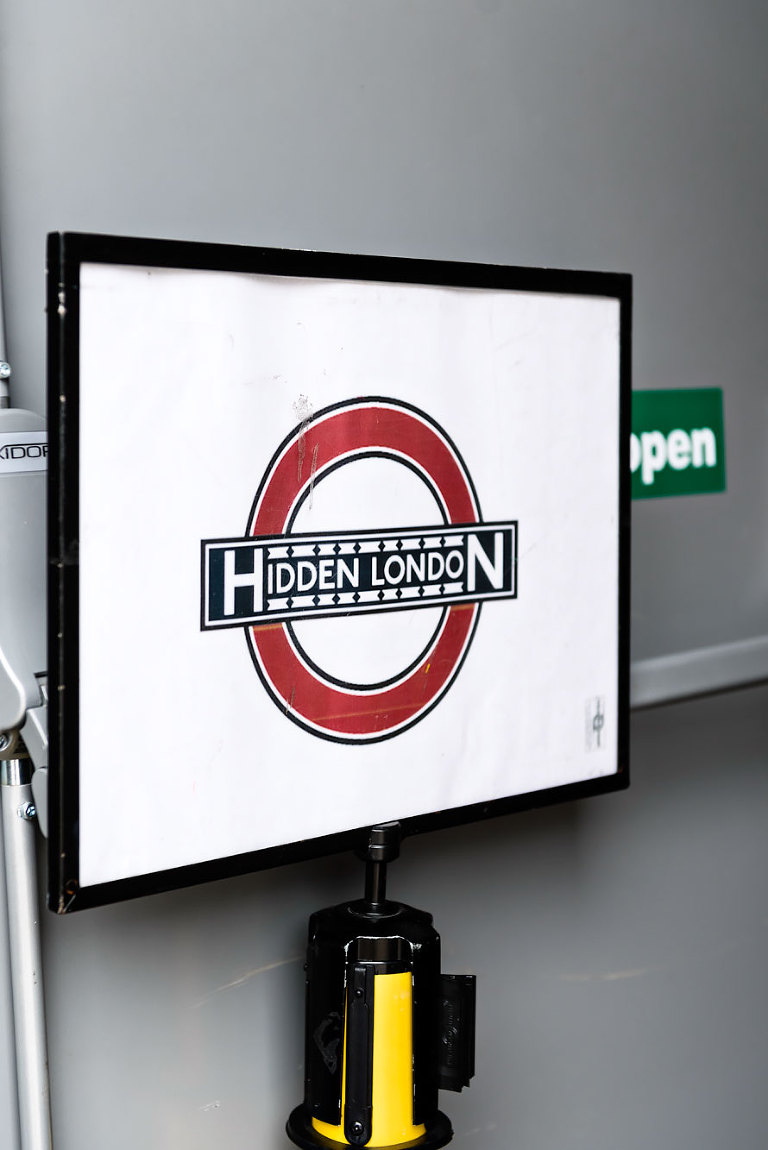 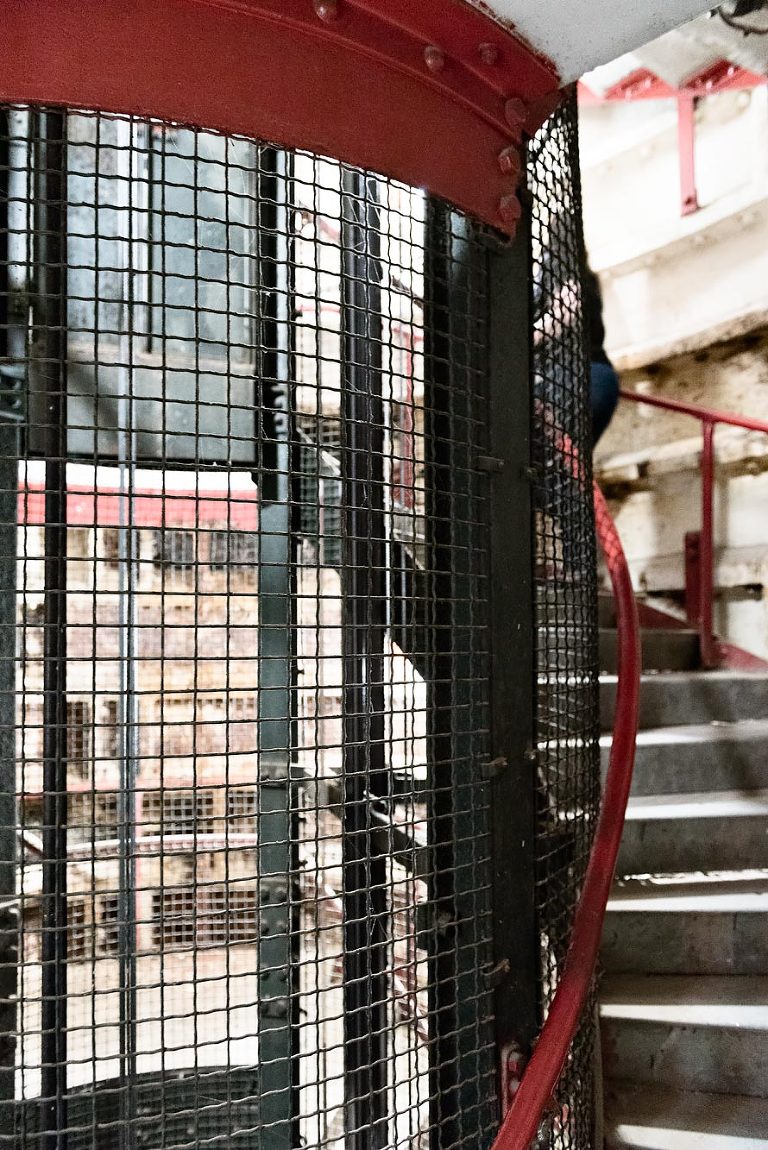 To get to the shelter we need to walk down the long staircases until we’re 30 meters deep. The only thing that connects you with the outside world is the sound of the Northern line nearby. 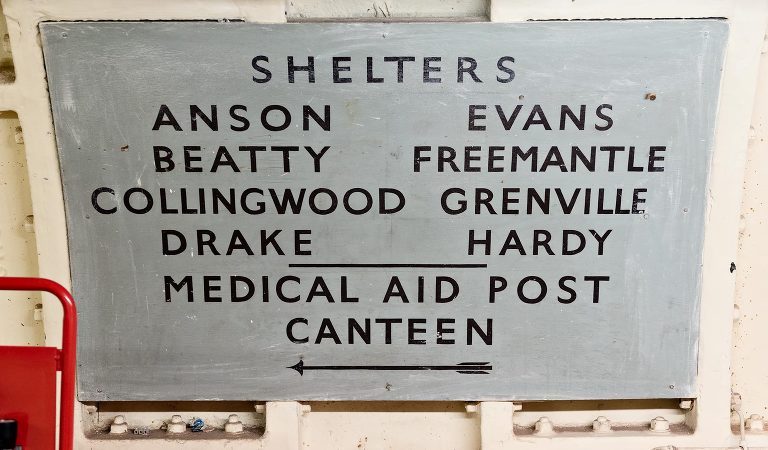 You may have seen photos of people seeking refuge in the Underground stations during the war. But what I quickly learn is that those stations – despite being underground – were not safe enough. A lot of people lost their lives when stations were bombed. 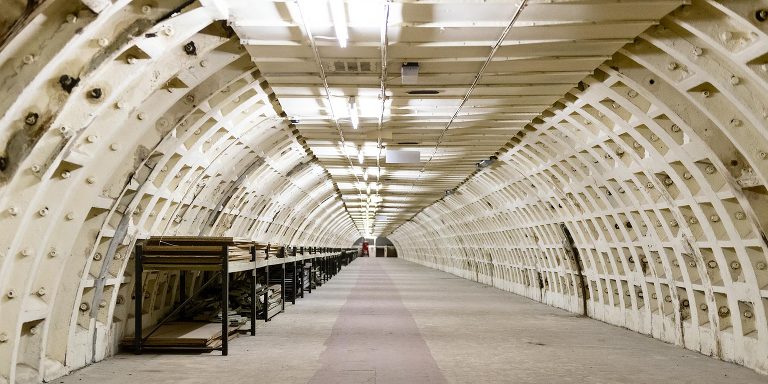 So after the Blitz (1940), the government together with London Transport starts building ten shelters on the Northern and Central lines. Two of them (St Pauls and Oval) were never finished. The other eight finish construction in 1942. At that time the need for sheltering wasn’t as great anymore, so they used them for different purposes. The one in Clapham was mostly used for staged propaganda photos that you’ll see on the tour.

Opening the shelters to the public 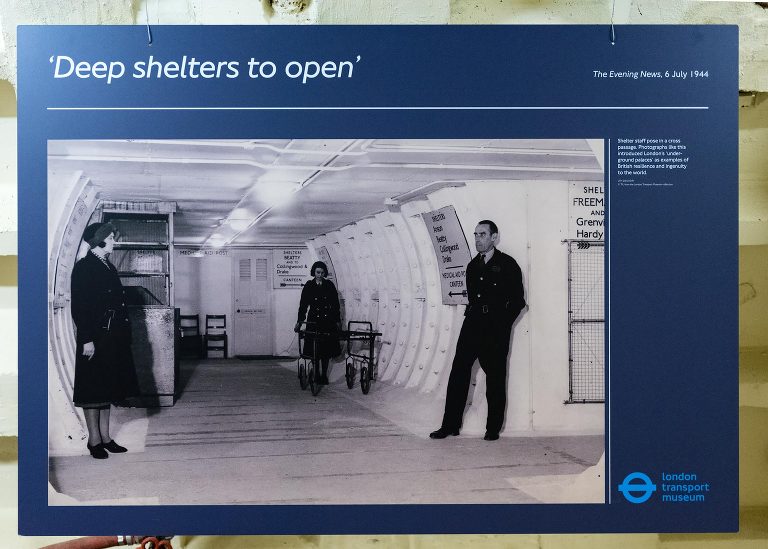 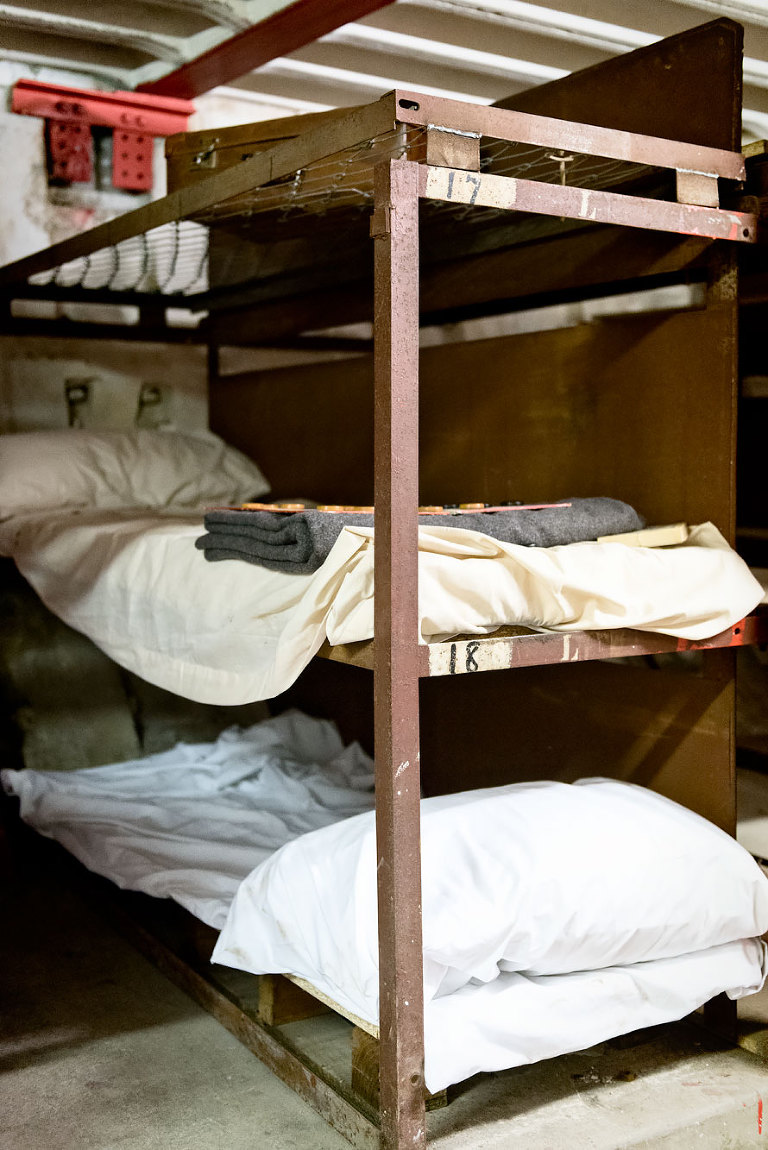 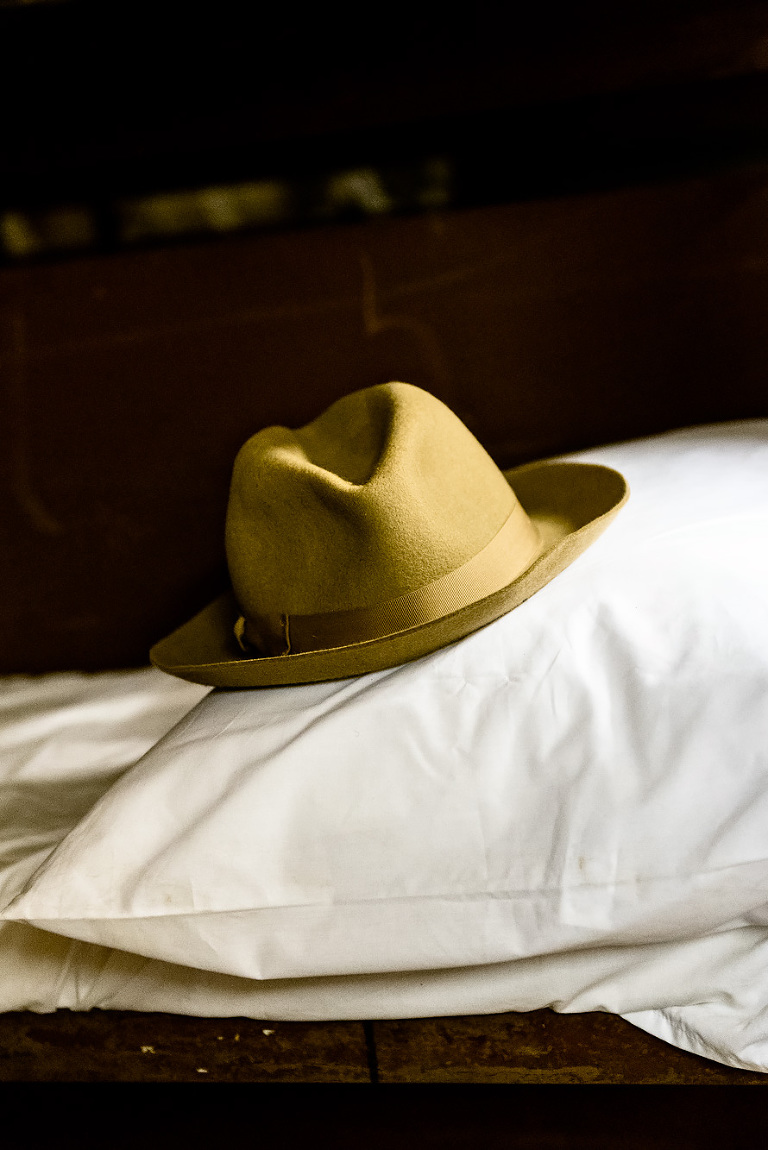 However, the situation changes in June 1944. Within a couple of days people could access the deep-level shelters to hide from the bombings. The shelter could accommodate 8.000-10.000 people.

If you’d lost your home you could leave your things in the shelter, but otherwise you had to carry everything up and down those stairs during the day. 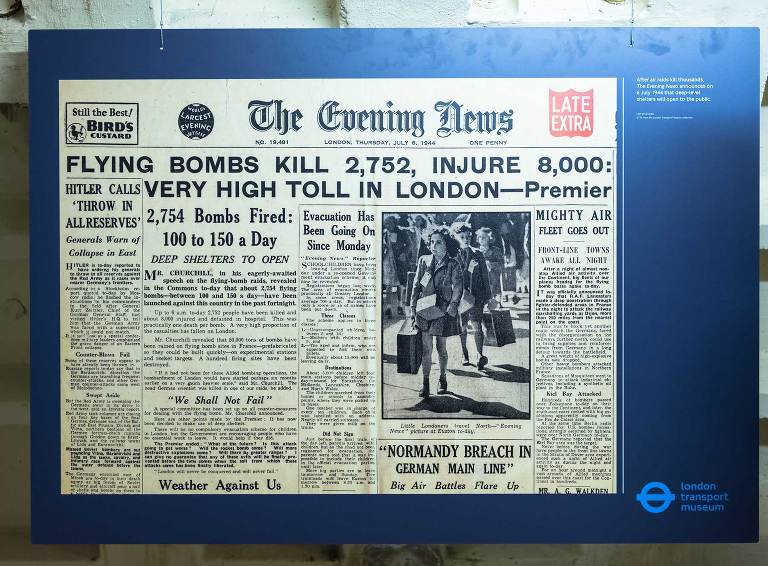 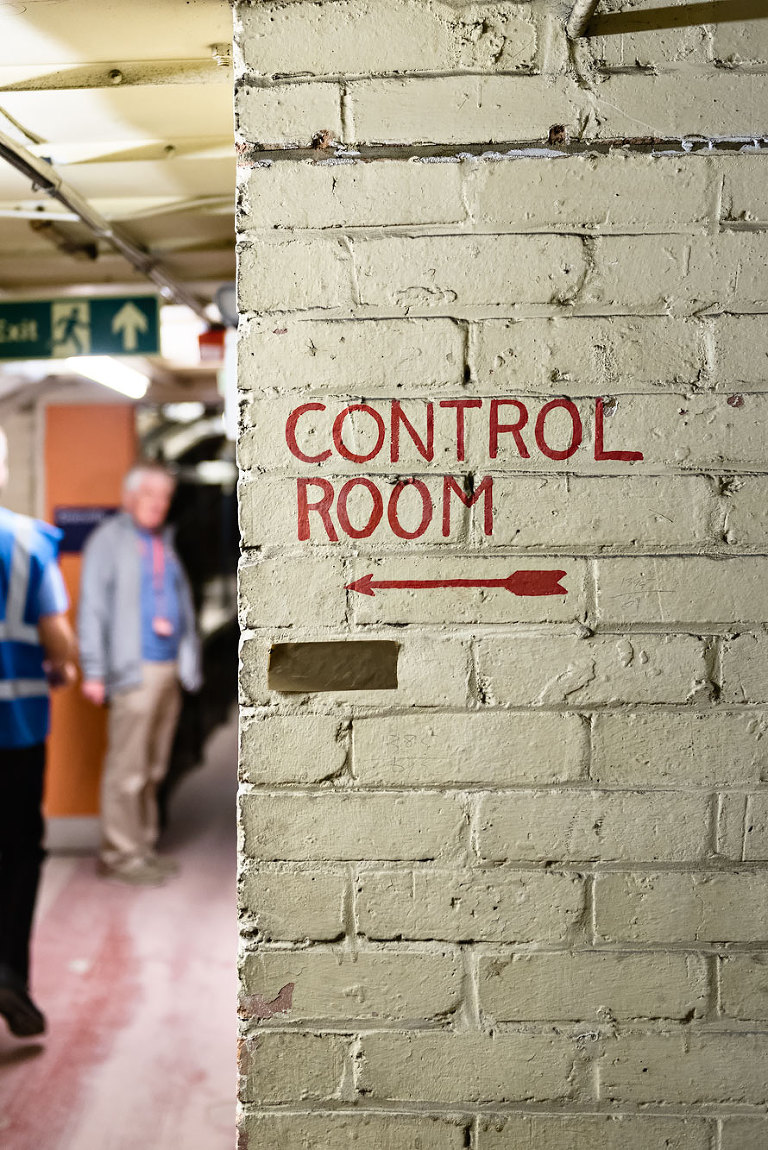 The shelter is so much bigger than I thought it would be. There are two levels, each 400 meters long, divided into sub-shelters. To help people get to their assigned shelter quickly, every sub-shelter has the name of a British naval officer, each starting with a different letter. 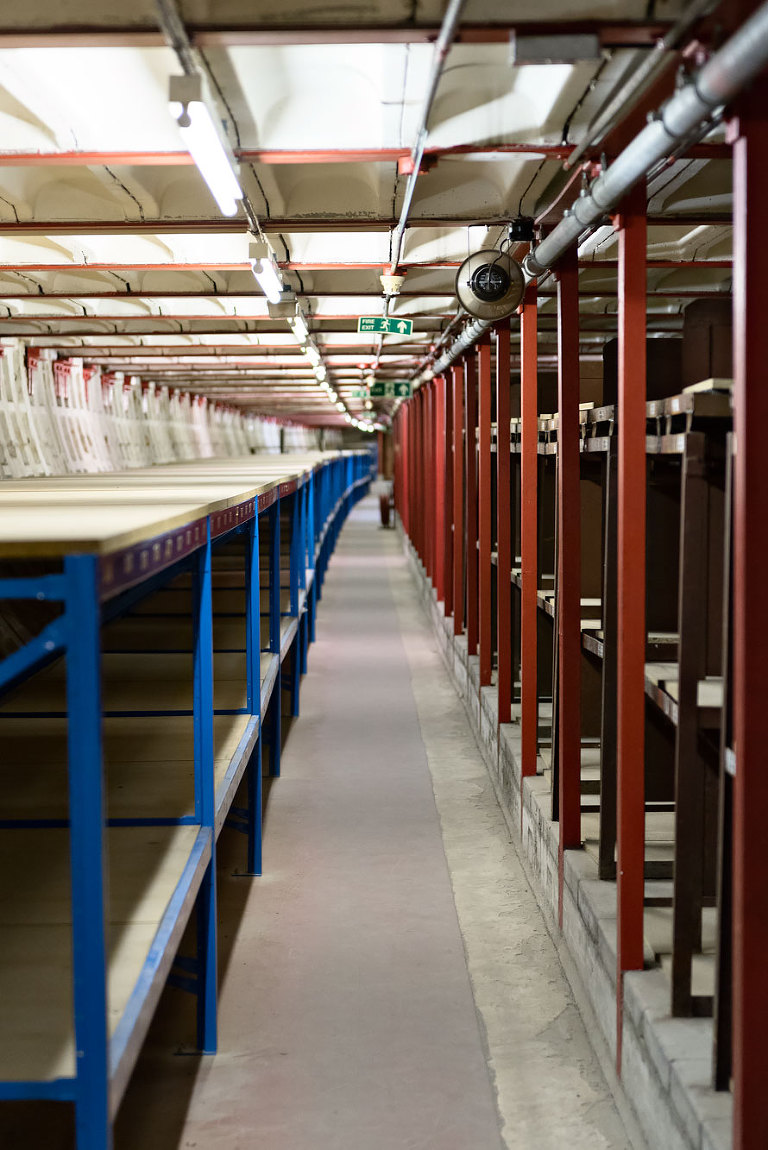 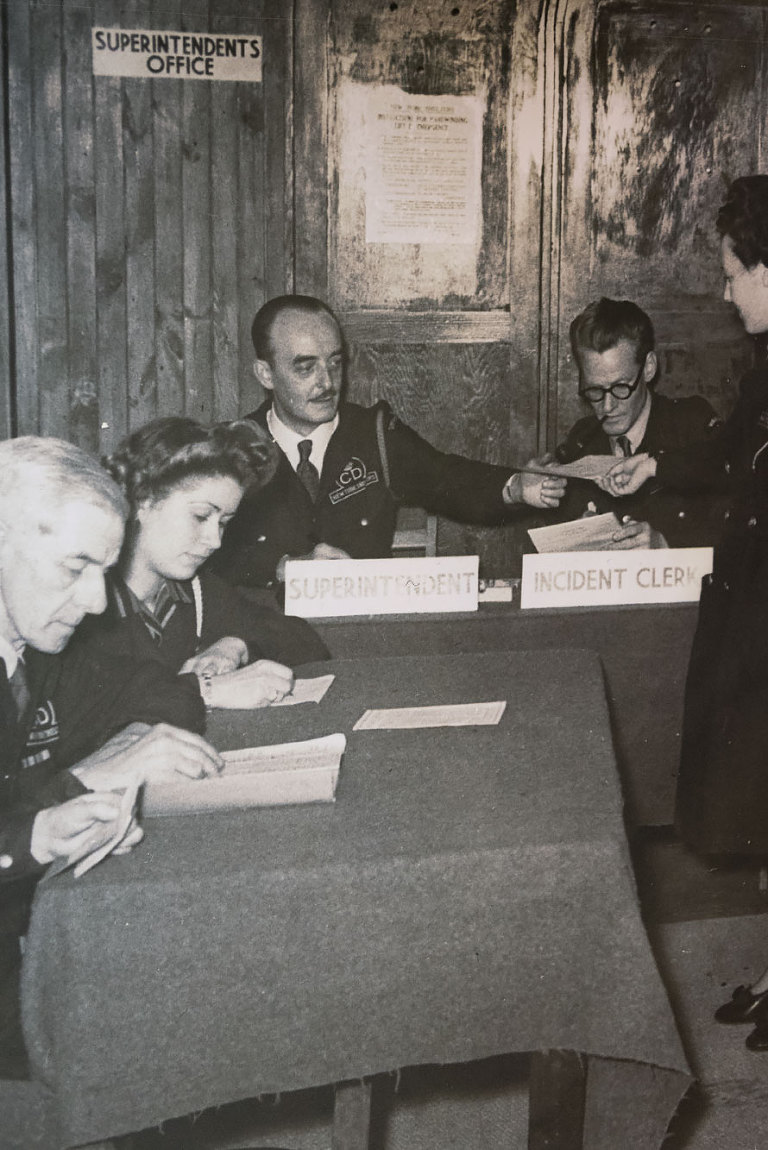 It takes us about an hour to walk around and learn more about how different parts of the shelter were used. From the beds to the kitchen, medical rooms and bathrooms. A lot of the beds are still there and black and white photos give you an idea of what it was like during the war.

Use of the deep-level shelters after the war 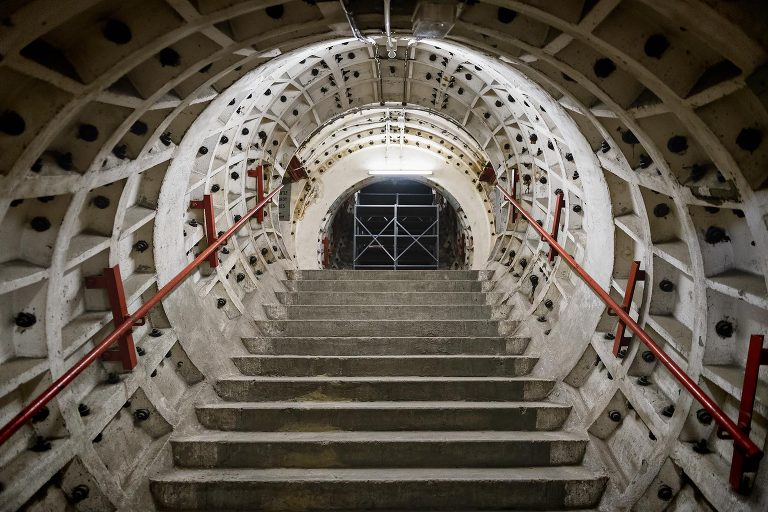 After the war, they continued to use the shelters until 1956 when a fire broke out in the Goodge Street shelter.

The Clapham South shelter provided a bed for migrant workers without a place to stay in 1948. And later it became probably the first ‘pop-up hotel’ for people visiting the Festival of Britain in 1951. Of course it was still very basic and lacking any luxury, but with some adjustments it was more comfortable to stay here compared to the days of the war.

After they closed it down it became the perfect place for secure archives until the shelters were sold to Transport for London in the late 1990s. The Clapham South deep-level shelter is the only one that you can visit today.

One of the other Clapham shelters is now an underground urban farm where they grow micro greens and salad leaves for some of London’s best restaurants. So cool!

And then it is time to climb up those stairs again, back to 2016. It is such an interesting experience to explore this hidden part of London and I can’t wait to go on one of the other Hidden London tours.

Tags:
« Weekend in Porto: 6 experiences you don’t want to miss
Visiting Amsterdam like a local (vlog) »