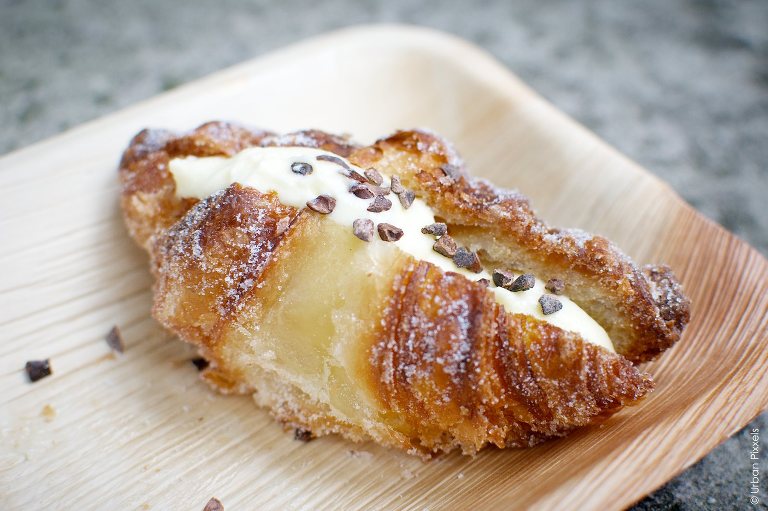 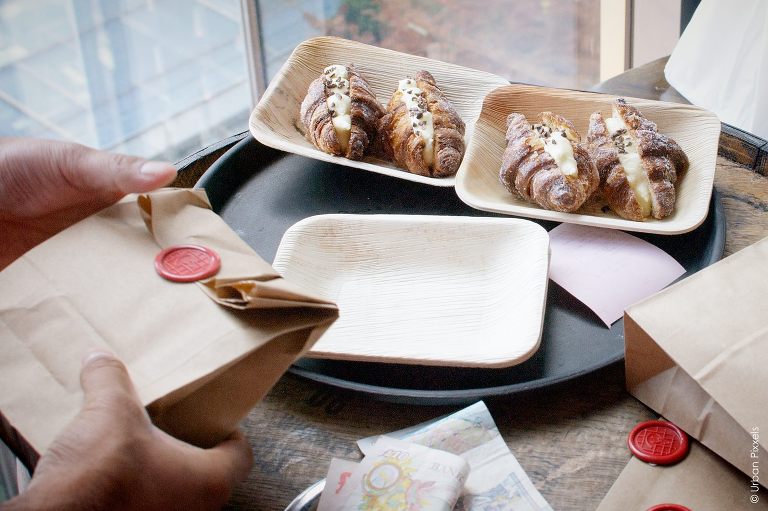 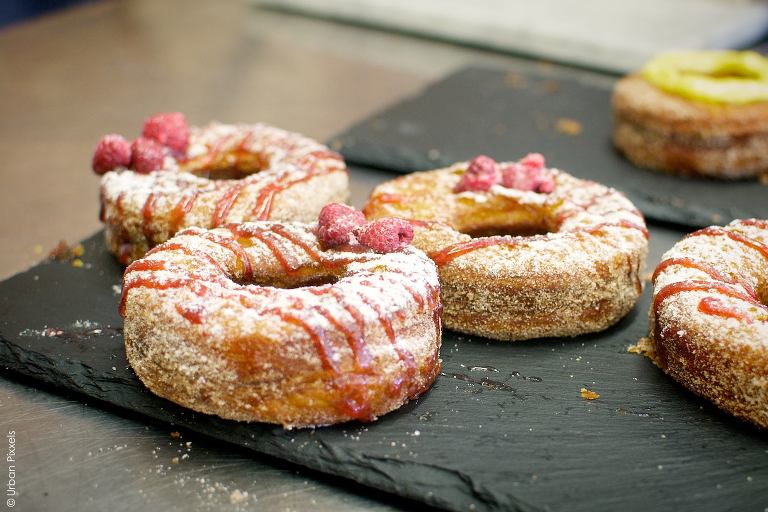 Have you heard about the cronut? This love child of a croissant and a donut is the new foodie hype in London. Officially only the one created by pastry chef Dominique Ansel in New York can use the name ‘cronut’, where you need to wait in line for two hours before 6 am to have a chance of getting one.

In London it’s not much different, although you don’t have to wake up that early. But getting up at 7 am on a Sunday to cross town for some pastries does count as a bit crazy to me.

For our ‘cronut crawl’ we were on a mission to try three different places that sell cronuts in London. Our first stop was Rinkoff Bakery in East London. This hidden little bakery is selling three types of ‘crodoughs’ (raspberry, custard and fresh cream with chocolate shavings on top) for £2,50 each. To me it tasted like 70% donut – 30% croissant and they were all absolutely delicious. You need to be there before 11 am or they’ll be sold out (but there’s no waiting line).

Our next stop was Wild & Wood. Unfortunately they only sell their version of the cronut from Monday to Saturday, but not today… Oh well, one more stop to go, and that was the one I was looking most forward to: Duck & Waffle. Once you survived the glass elevator ride to the 40th floor of the Heron Tower, you have an amazing view over the city (you get the same view from the elevator, but I was too scared to enjoy it).

Duck & Waffle’s version of the cronut is called a ‘dosant’ and they only make a limited number every Sunday from 11 am on (£6 for 2). It’s not even on the menu! It’s a very popular place so we needed to get ours to go, which didn’t make them any less amazing. This one was more 70% croissant – 30% donut, stuffed with a delicious fresh custard. (Update: Duck & Waffle unfortunately no longer sells their dosants).

It’s funny how the same idea – combining a croissant and a donut – can result in such different pastries. Makes me want to go to New York to try the original cronut… But at the same time Dominique Ansel is already moving on, creating the next hype: frozen s’mores. Let’s see if this hype comes to London as well before the summer ends.