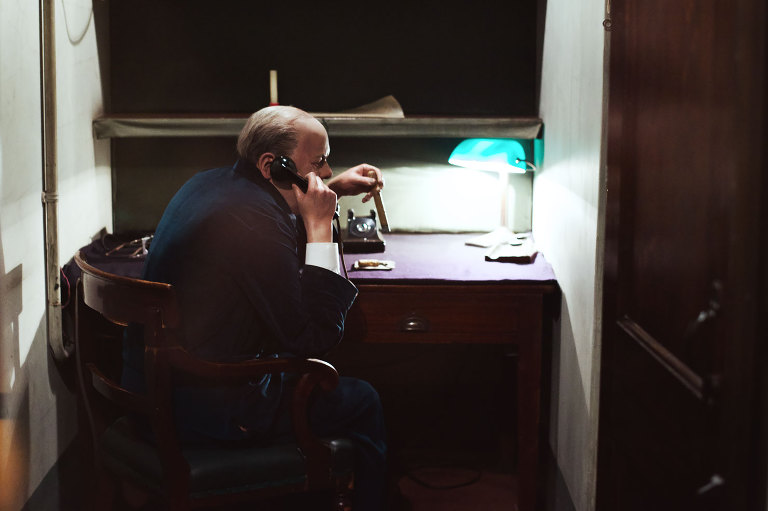 I realize that I’ve been focussing more on the ‘where to eat’ than the ‘what to do’ in London. What can I say? I’m one of those people who are always hungry. Anyway, this weekend I felt I needed to make more of an effort and cross some cultural things of my huge London to-do list. Starting with the Churchill War Rooms. Last week marked the 50th anniversary of Winston Churchill’s death, so the timing couldn’t be more perfect. 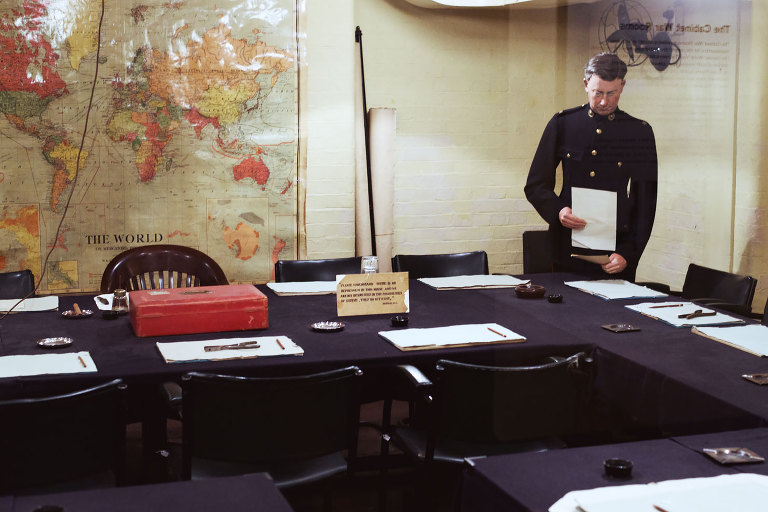 The war rooms were the secret underground headquarters for the British government during the Second World War. I couldn’t find that much information online, so I wasn’t sure what to expect. But it is much bigger and much more interesting than I thought it would be.

The first room you see is the cabinet room where Churchill would sit in the wooden chair in the middle. The room is still exactly the same as how they left it after the war. Some other rooms had been made empty, but based on original photographs they’ve been able to rebuild them so that you can see how it used to be. Can you imagine having a meeting in this room, with all these cigar smoking men and no windows to open? 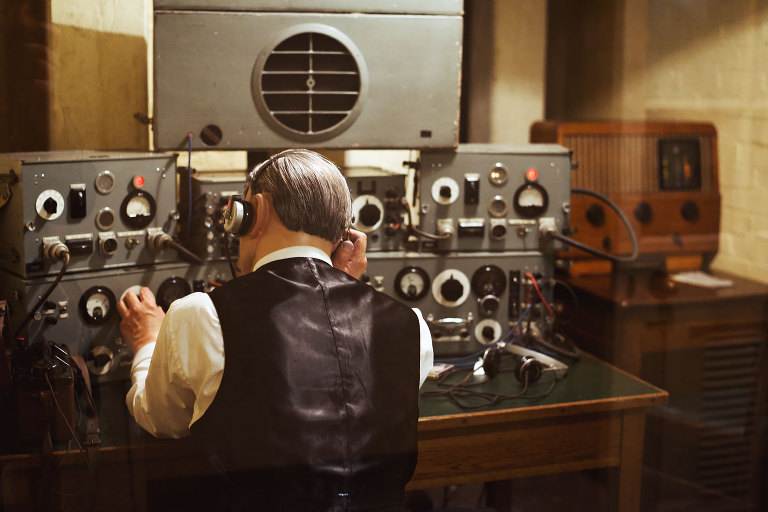 I love going to places that tell a story. An audio guide is included in your ticket so as you walk from room to room you get a good sense of how they lived and worked here. You see Churchill having a phone call with Roosevelt, and the room where he would give his radio speeches. 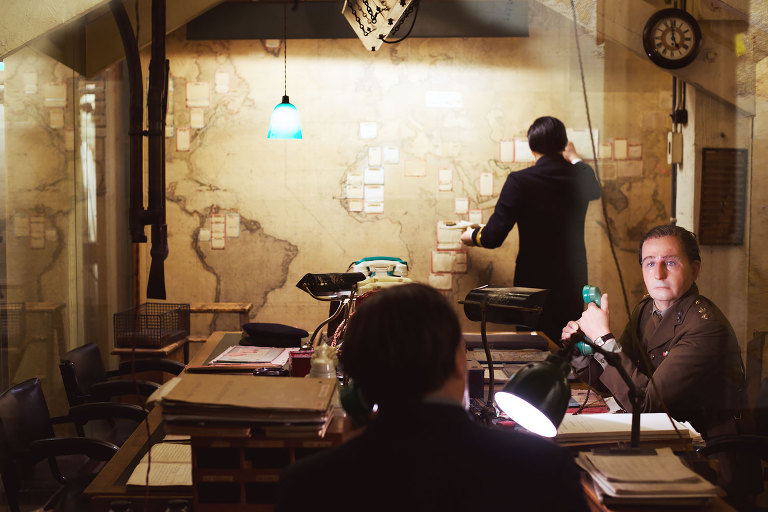 My favorite area was the Map Room. There are maps, and pins, telephones in different colours, a lot of ashtrays and lists on the wall that keep track of the number of casualties with each attack. It’s an exciting place to be and you can see how the people working here probably didn’t get a lot of sleep during the war. 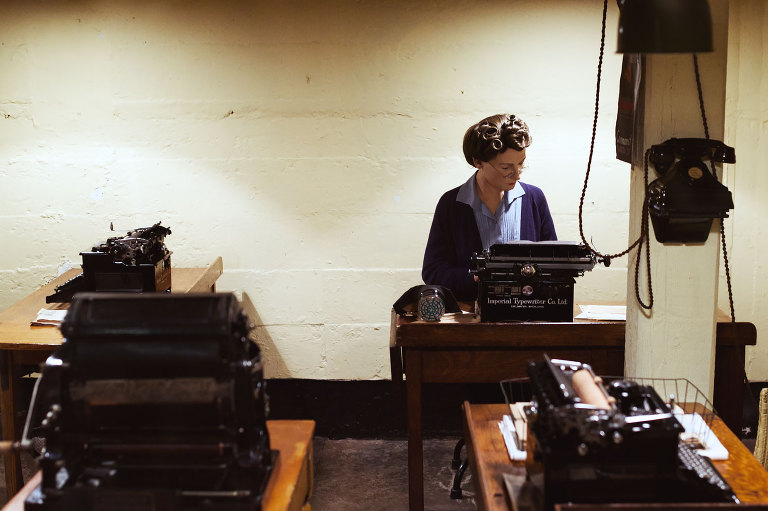 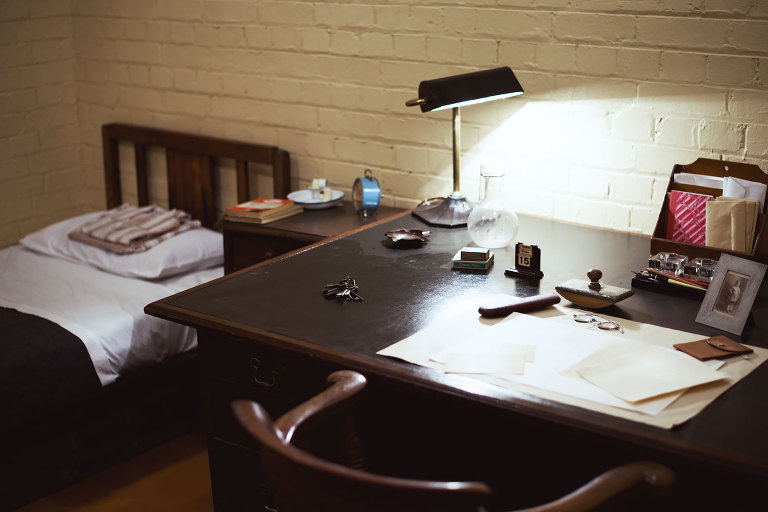 Of course even in wartime people need to eat and sleep. But this was something I wasn’t expecting to see. You see Churchill’s dining room, his and mrs Churchill’s bedroom (separate rooms) and the bedrooms of other cabinet members and members of staff (the prime minister’s detectives!). Small, very basic rooms, but so interesting to see. 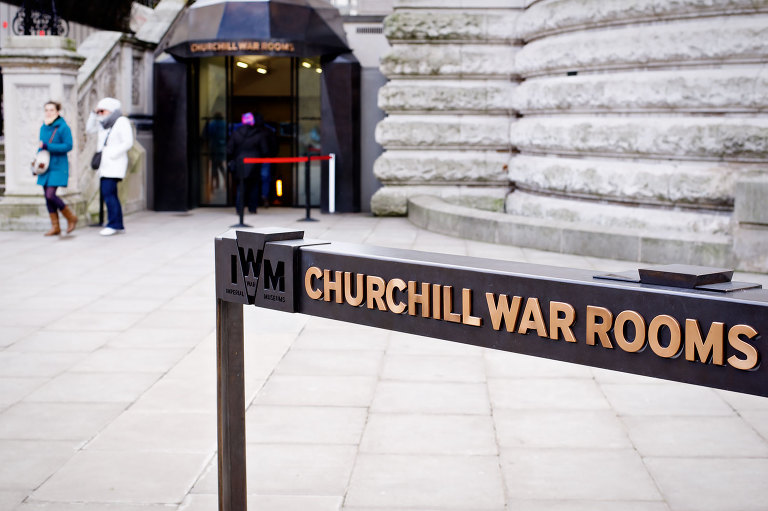 The visit took me about an hour, after which I was happy to see some sunlight again. Despite the fact that you just spent time in the same rooms as Churchill and his cabinet once did, I can only imagine what it must be like to work and live underground for years. It’s all very impressive. So if you’re done eating your way around London and want to do something more cultural, then I can highly recommend a visit to the Churchill War Rooms.

Tags:
« What’s in my camera bag?
Afternoon Tea at the Rose Lounge »