Attacked by a poisonous spider in the Amazon jungle 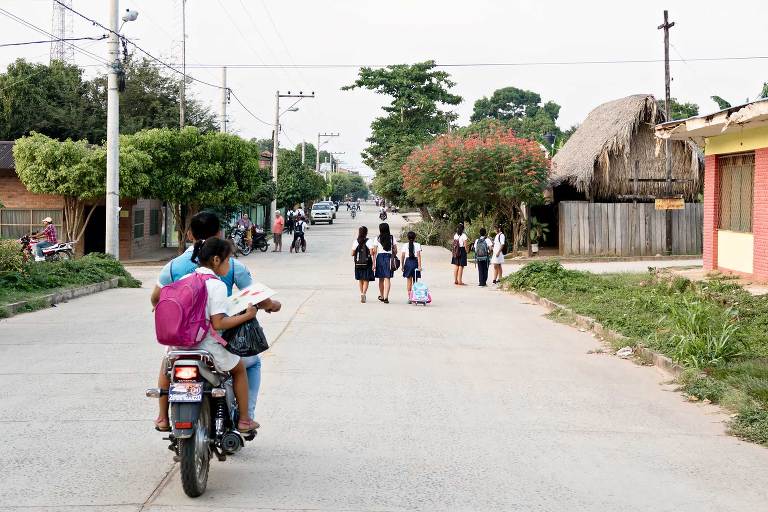 I kick out my rubber boot and see what’s causing the enormous pain slowly crawling out. A giant hairy spider. If this had been a documentary on National Geographic this would be the moment I would switch to a different channel.

But I’m not watching tv. I’m in Madidi National Park in Bolivia. Only a short flight from La Paz with a tiny airplane that’s not made for tall people like me. Eighteen seats, no stewardess and no door between the pilots and the passengers. If I lean a bit to the right I can look through the front window. It’s not the most comfortable flight, but it’s either a 40 minute bumpy flight or 18 hours by bus (which I’m sure won’t be too comfortable either). 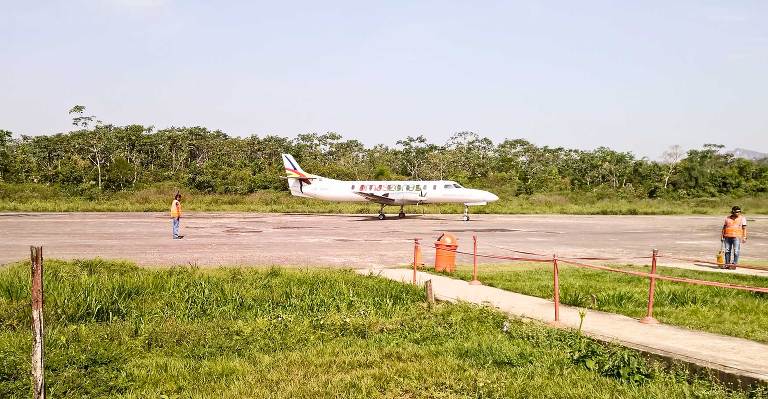 We arrive in Rurrenabaque where we’re spending one night in a simple, but charming hotel. It’s a small town where the main mode of transport (including the taxis) are motorcycles. The difference with La Paz couldn’t be bigger. It’s quiet, you can walk on the streets, and the climate is tropical. Not the most exciting town, but a nice transition from La Paz to spending three days in the jungle. 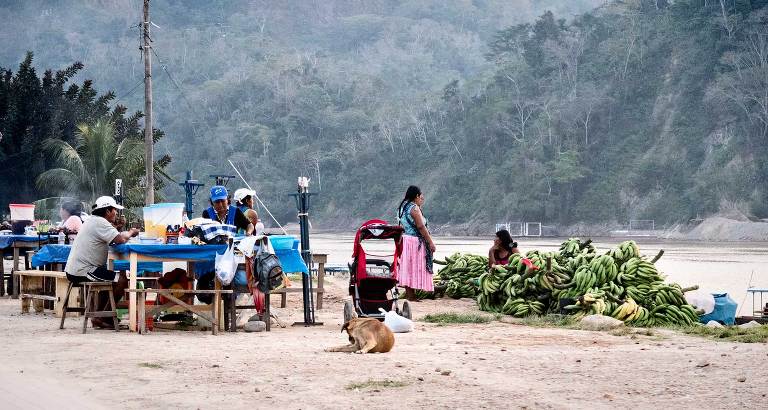 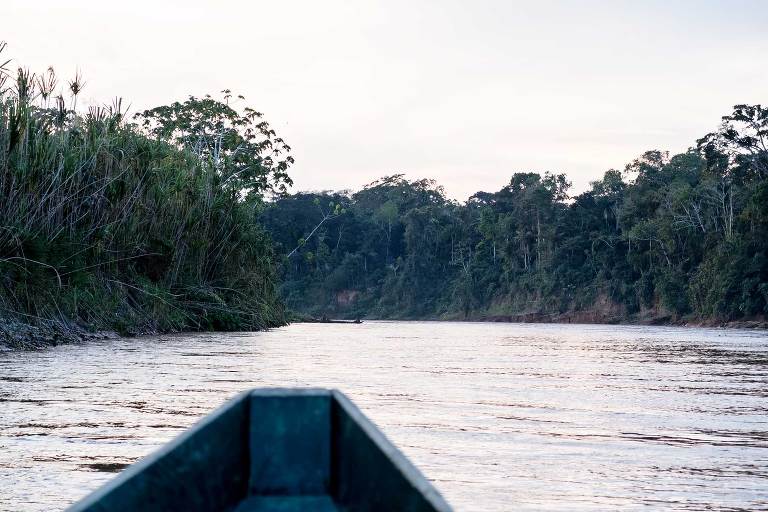 The next morning a boat takes us in 3,5 hours to the Madidi Jungle Ecolodge from where we’re going to explore the jungle. It’s amazing! Don’t expect much luxury, but the place is so charming that you really won’t care. The rooms have no electricity (there’s a candle for a bit of light) with insect screens instead of windows, and you share the toilets and showers (no hot water) with the other guests.

But hey, you’re in the jungle! Where else are you going to see monkeys and the cutest tapir from your hammock? 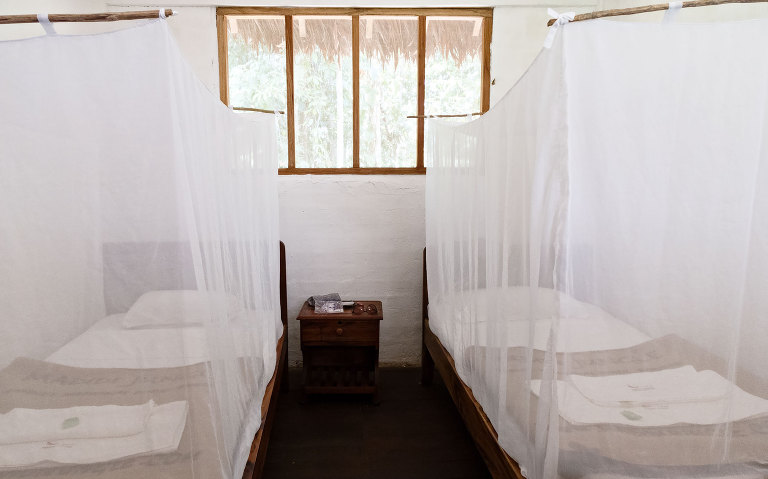 At the Madidi Jungle Ecolodge you get three wonderful meals a day. And twice a day an experienced guide will take you on a (on average) three hour walk, plus one at night.

Our guide grew up here and is extremely knowledgable. You really need to trust your guide when walking into the jungle, because after walking for five minutes I’m pretty sure that I’ll never be able to find my way out. But not only does he know how to navigate the jungle, he also knows exactly what to look and listen for to spot the animals. 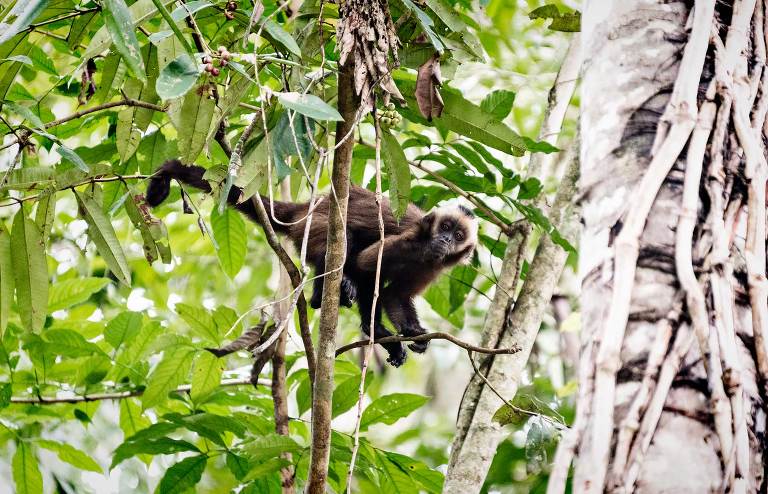 We see a lot of animals, mostly monkeys and exotic birds (no jaguar unfortunately). It’s amazing, but taking pictures of them is quite challenging. They’re staying safely high up in the trees, so I’m glad I brought my zoom lens for this. 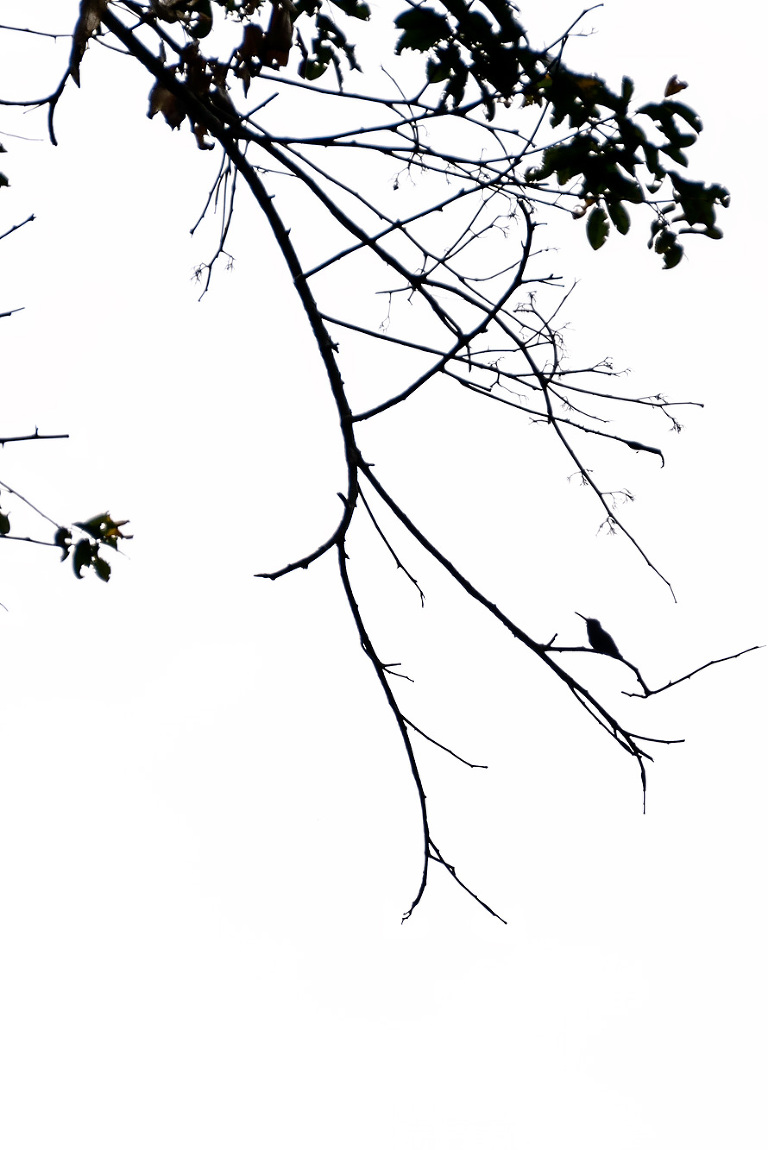 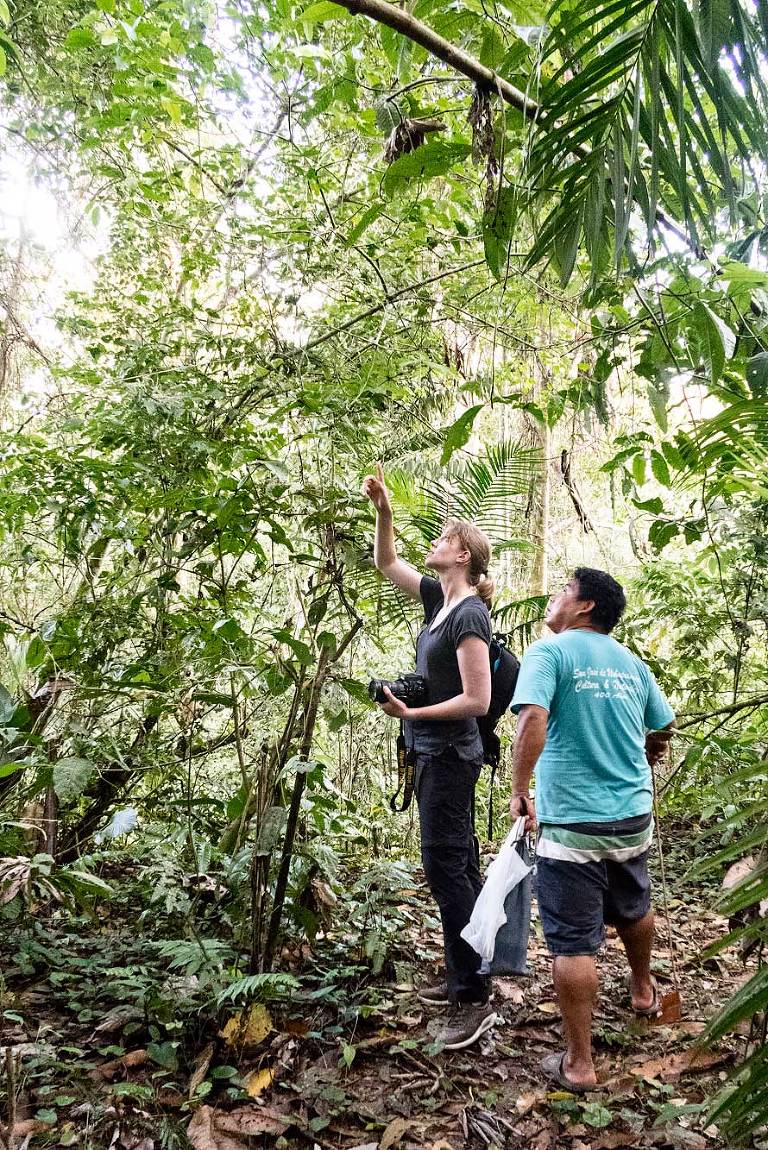 Flooding Madidi and the importance of eco-tourism

He also tells us about the history of this national park, its significance for the area and the people who live here. There are not many places on earth where you’ll find such a large number and diversity of animals and plants. It is – as it should be – a protected area. And yet, the president is making plans to build a dam for hydroelectric power, that will flood and destroy a large part (about 2000 square kilometer) of Madidi National Park, including the ecolodge where we’re staying. 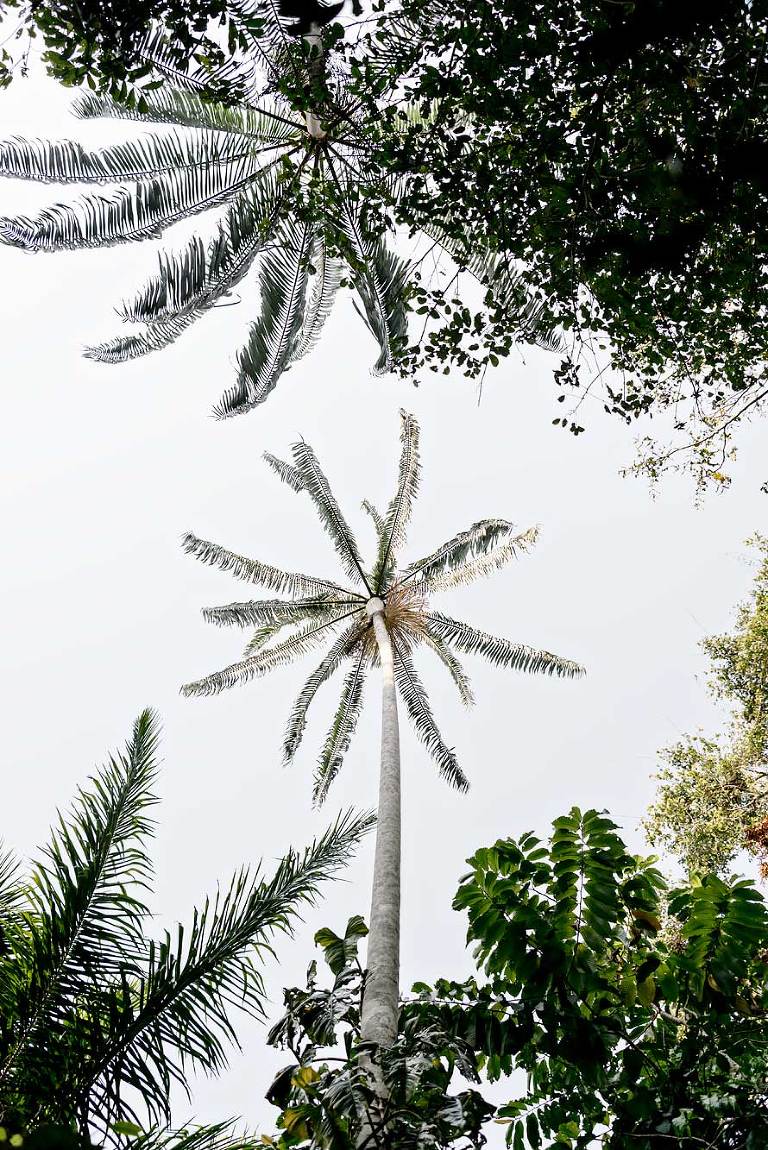 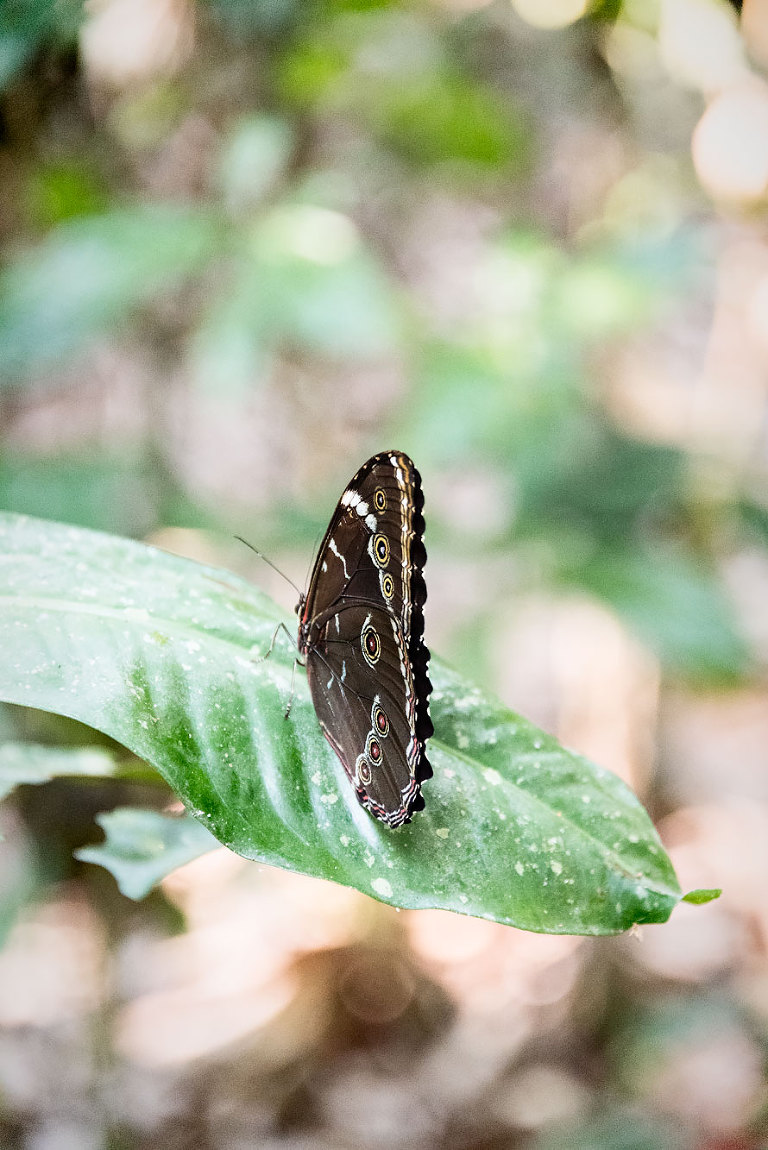 Looking over the trees and rivers it’s hard to imagine that someone can go ahead with something as destructive for the rainforest, the animals, and the indigenous communities that have been living here for so long. It’s why eco-tourism in this area is so important as it only impacts the jungle in a minimal way. And with the money they can support the local people and make sure that the jungle will still be there for the next generations. 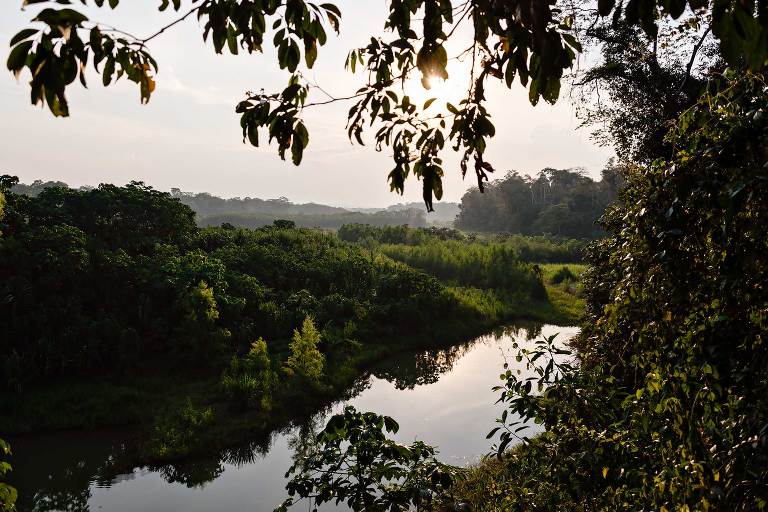 Because of the humidity you want to jump under that cold shower every time you come back from a walk, but other than that the entire stay is super relaxing. Beautiful nature, animals, delicious food, reading and sleeping in a hammock. Not bad!

Oh yeah, except for that spider bite…

It had rained all night and continued raining in the morning. Not that that stopped us from going for our walk, but we could use some rubber boots. They’d warned us: “Make sure to shake and check your boots before putting them on.” So I shake them a bit, put them on, ready to see some animals.

But not really this kind of animal. After about five minutes I feel something sharp against my toe. The city girl that I am first thinks that it must be a pebble or a piece of a broken shell. But then it really starts to hurt, as if someone took a stapler and stapled my toe. So I kick out the boot, the boot falls on the ground, and out crawls this huge hairy spider. 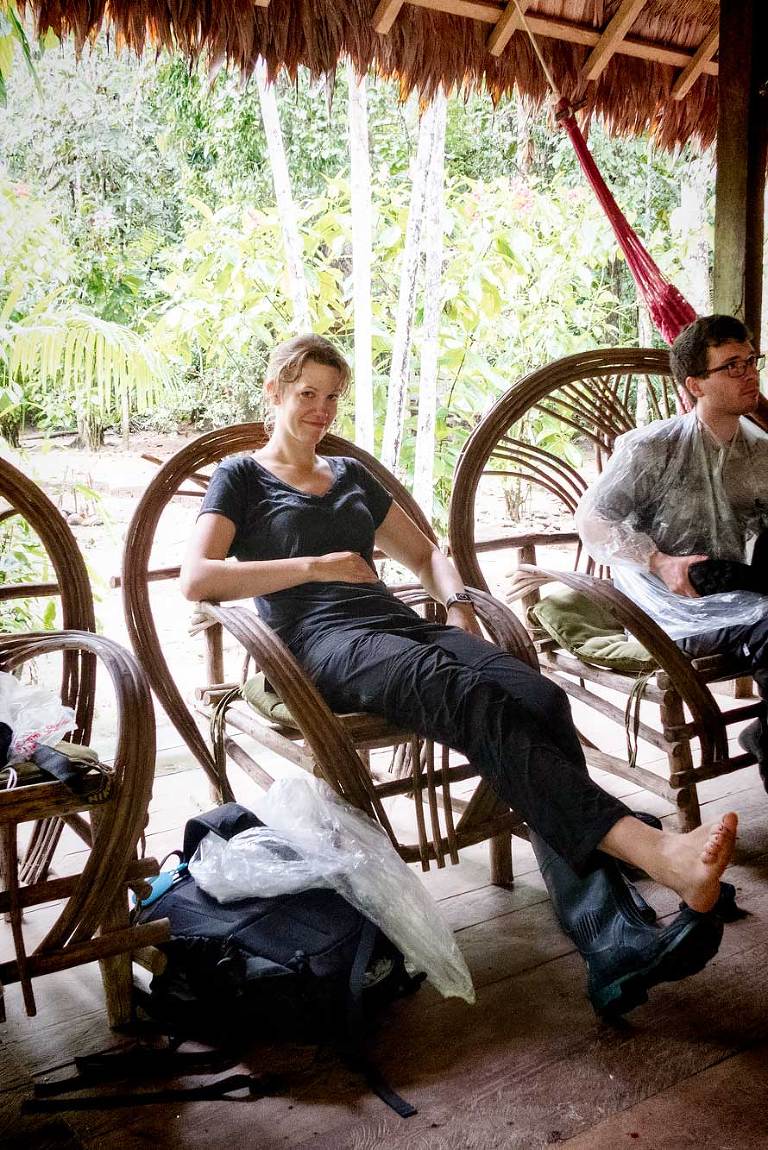 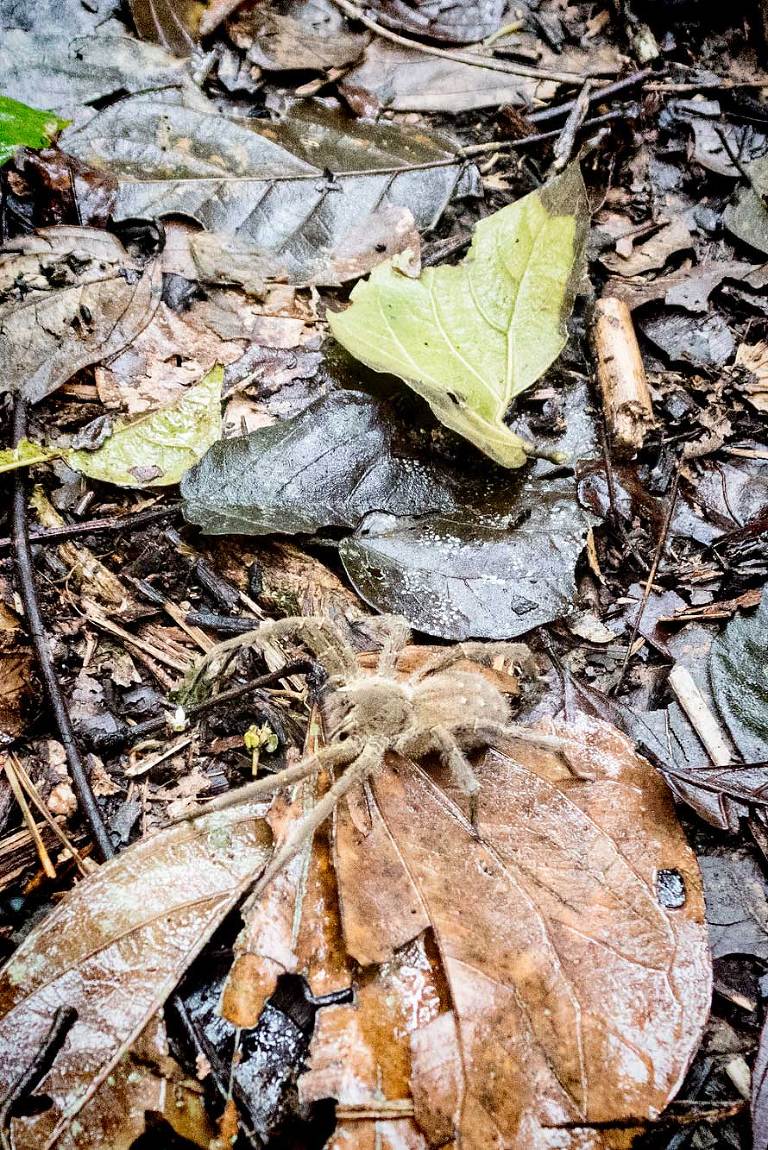 “Is it poisonous?”, I ask our guide, standing on one leg and pointing at the spider. He quickly looks at the spider and says: “yes”. Not really the answer I was hoping for. For some reason he’s not as freaked out about it as I am, but he does say we need to go back to the ecolodge.

The secret of the jungle

The most important thing to do now is to stay calm. It’s still incredibly painful, but I surprisingly manage to do what he says.

Good thing we brought a first aid kit on this trip… Except there’s nothing in there for a spider bite. Great! And I’m in the middle of the jungle. I really hope our guide knows how to handle these situations.

The first thing he gives me is a cold and very sweet drink. I can taste honey, but I’m not sure what else is in there or what it is supposed to do. Then he walks up to me with what looks like a sharp fish hook. “It’s the secret of the jungle” he says and it’s important that I believe in it.

He scratches my toe with the hook where the spider bit me, but not so that it starts bleeding. 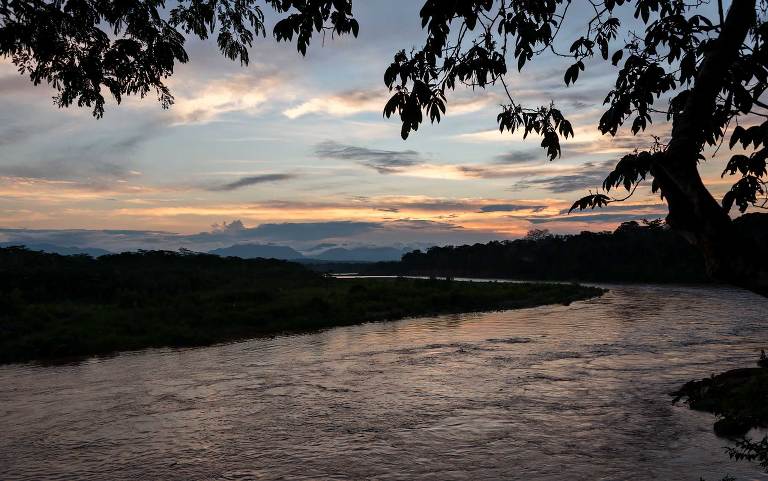 Later that evening during dinner, when the pain is gone I ask him what he was doing with that hook. He tells me that the only animal in the jungle that can kill a spider, is a wasp. So by scratching my toe with something that’s sharp like a wasp sting, it ‘attacks’ the spider poison in my body.

Well, whatever it was, the pain stopped after about six hours and I was completely fine after that. Oh, and I also learned that (obviously) poisonous doesn’t have to mean deadly. It will kill a small animal, but with people it usually just hurts a lot.

So lesson learned: always double check your rubber boots and ask the right question if you want to know if it will kill you.

Can’t say it was the highlight of the trip, but at least it now makes for a good story.