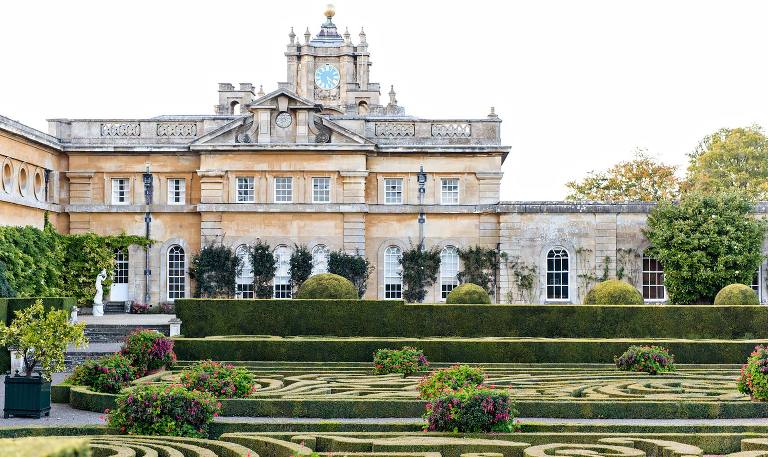 Blenheim Palace is a bit of a movie star. It starred in The Royals (with Elizabeth Hurley as queen of England), in The Young Queen Victoria, Cinderella, and Harry Potter and the Order of the Phoenix. Just to name a few. Add the fact that Sir Winston Churchill was born here, and you start to wonder why you haven’t been to this palace before. 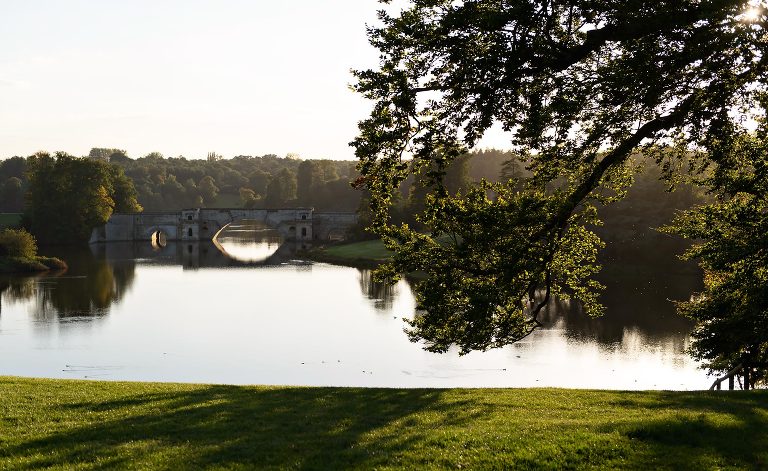 Lucky me, I received an invite to visit the palace and try their afternoon tea. I asked Jess to join me and we picked the most beautiful sunny day in September to travel to the Cotswolds.

In theory this trip should take about two hours. However, we missed our stop in Hanborough as we didn’t get the message that due to short platforms we wouldn’t be able to get out where we were sitting. And so we had to take a taxi from Charlbury (or wait an hour for the next train back). Which – as it turns out –  is not as easy as getting a taxi in London! Eventually we shared a taxi with someone else and a very old, almost deaf taxi driver with an interesting taste in music. Yes, leaving London can be quite an adventure! 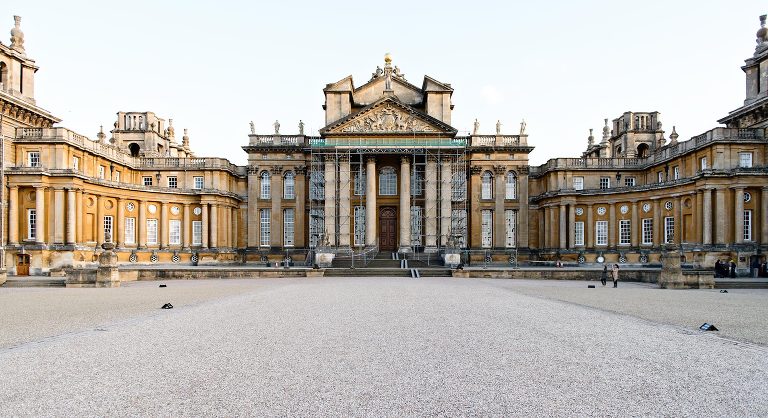 After a lovely walk through the (2000 acres) park, we arrived at the palace. It was built at the beginning of the 18th century and has since been the home of the Churchill family, or better said: the Duke of Marlborough. The first Duke (the current one is the 12th) played an important role in winning the war of the Spanish succession against the French. And to thank him, Queen Anne gave him Woodstock Park and the money to build the house. Nice bonus! 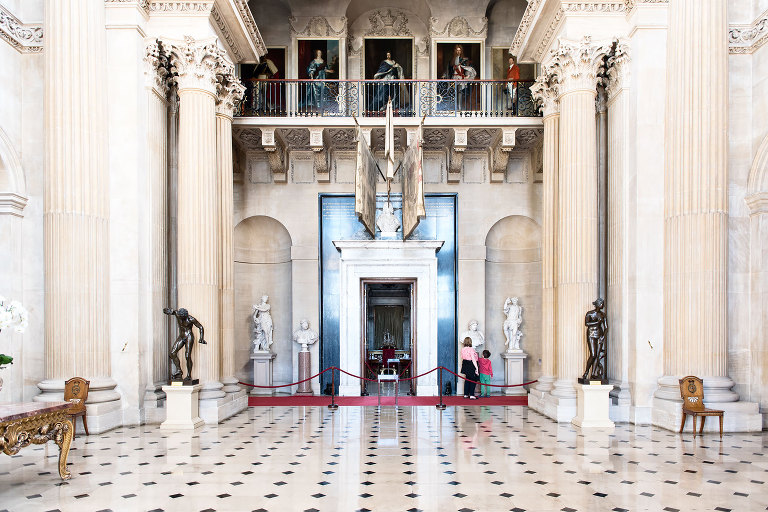 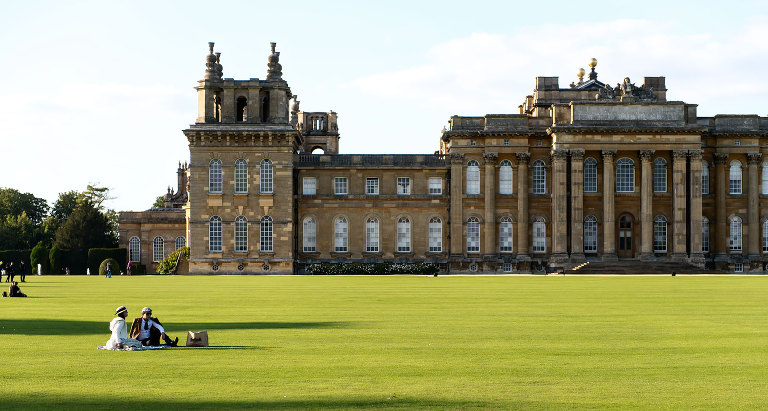 Not surprisingly, the palace is as beautiful on the inside as it is impressive on the outside. With the grand Great Hall as you walk in and then continuing with the other rooms – including several State Rooms and the room in which Winston Churchill was born. Unfortunately, they were renovating the beautiful Long Library so I’m looking forward to admiring that room on my next visit. 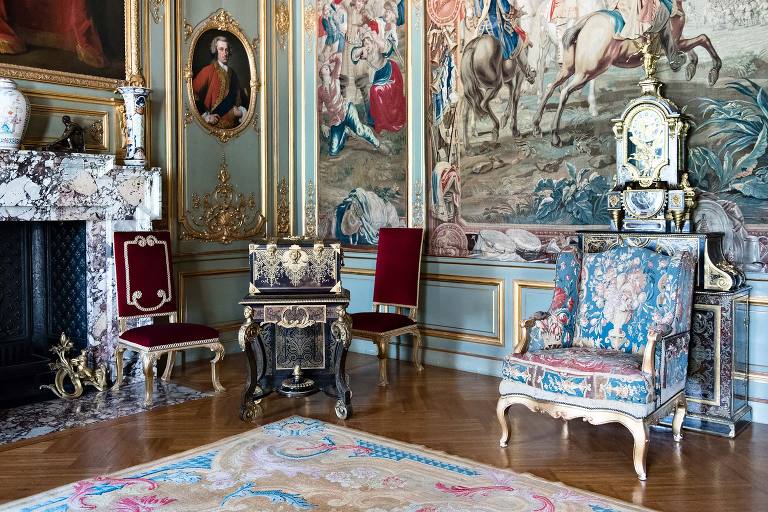 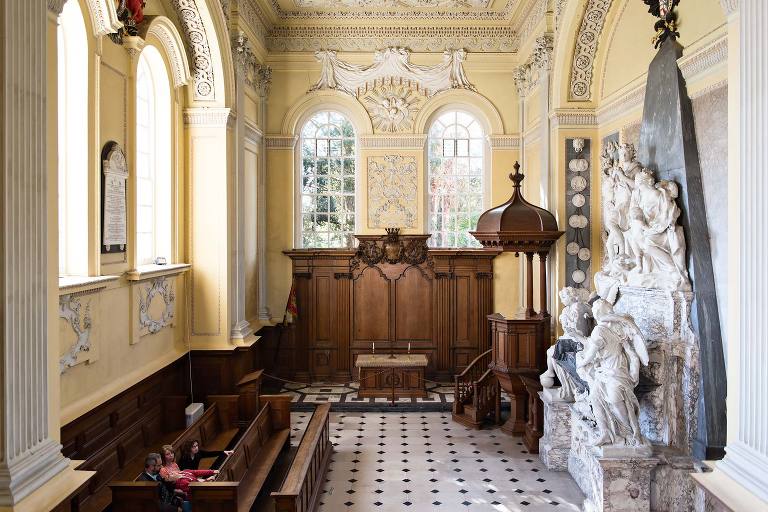 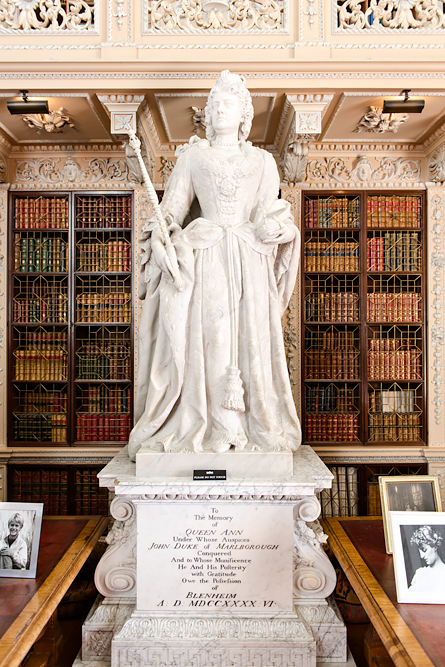 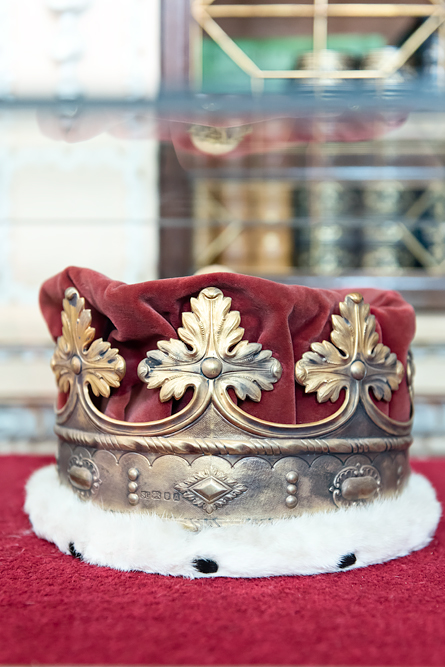 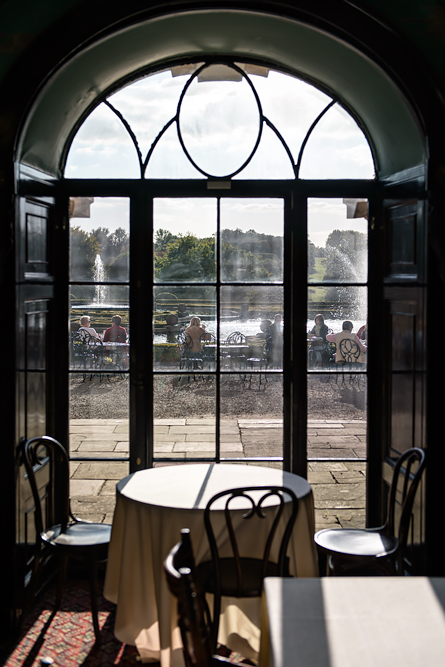 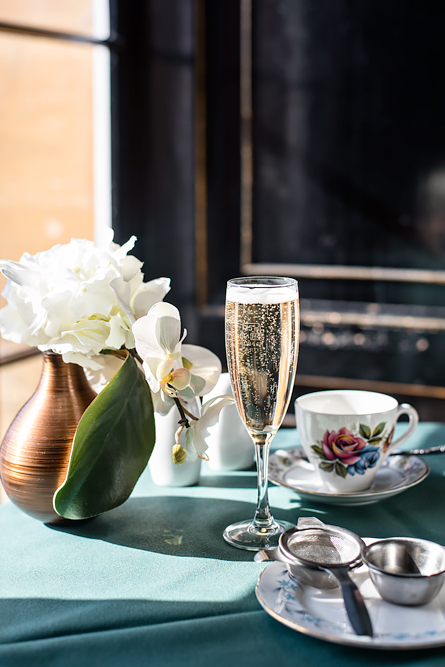 After exploring the palace we worked up a bit of an appetite and were looking forward to our afternoon tea in the Indian Room.

I’m afraid we left quite an impression by showing some typical impossible blogger behavior. Which is: being offered the best table in the restaurant with a beautiful view and then asking for a different table because the light is too bright to take good photos. Right… Not proud of myself either. I’m sure the staff doesn’t get a request like this every day, but they were amazing and helped us move the tea and food to the other table. 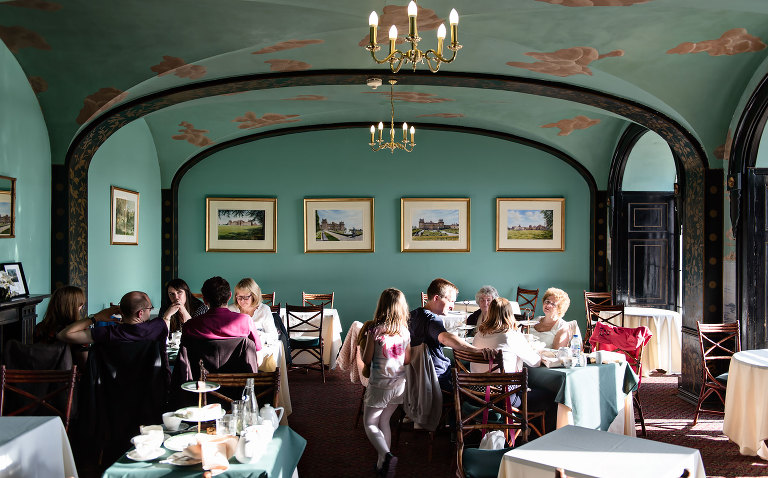 The setting – as now seen from two different angles of the room – was lovely, with the murals, painted ceiling and overlooking the water terraces.

The afternoon tea is provided by Searcy’s (who I know from their champagne bar at St Pancras station in London), so of course we said yes when they asked if we wanted to start with a glass of champagne. 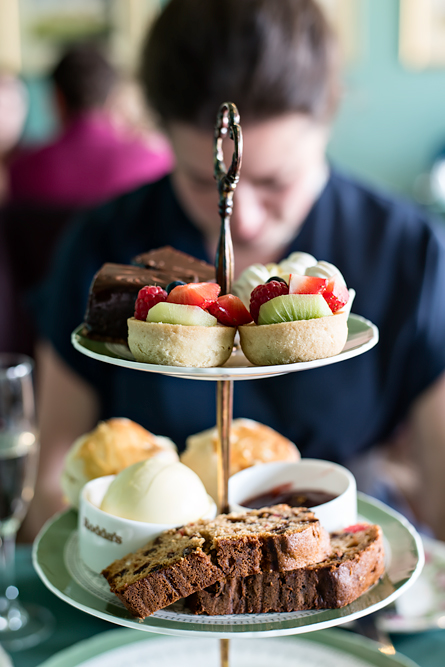 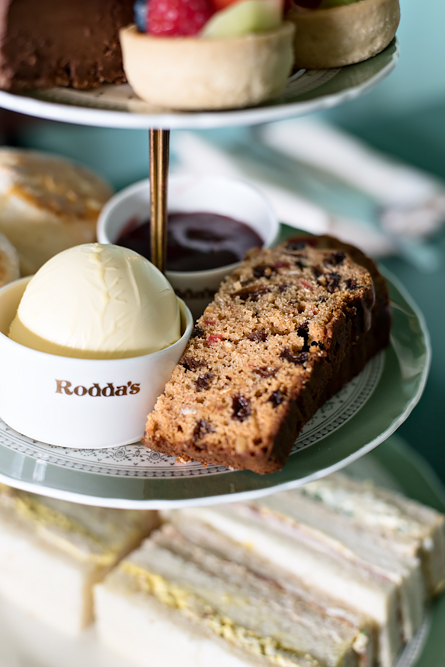 More of a challenge is to choose what tea you want, but as soon as we made our choice both the tea and food arrived quickly.

As you can see on the picture, it’s not the most spectacular looking afternoon tea I’ve ever had, but it tasted very good. The sandwiches were traditional: ham, egg & cress, and cream cheese & chive. Not bad, but nothing special. But the scones and cake were really tasty. I’ve become quite picky about scones since I moved to London, and these were good!

And as always we weren’t able to finish all the pastries at the end. I had a bite from the fruit and the chocolate one and both were delicious.

As you can easily spend a day at the palace and walking through the park and gardens, the afternoon tea makes a nice break with good food. Not as great as some I’ve had before, but for £22,50 (excl champagne) it’s also a lot cheaper than most London afternoon teas. 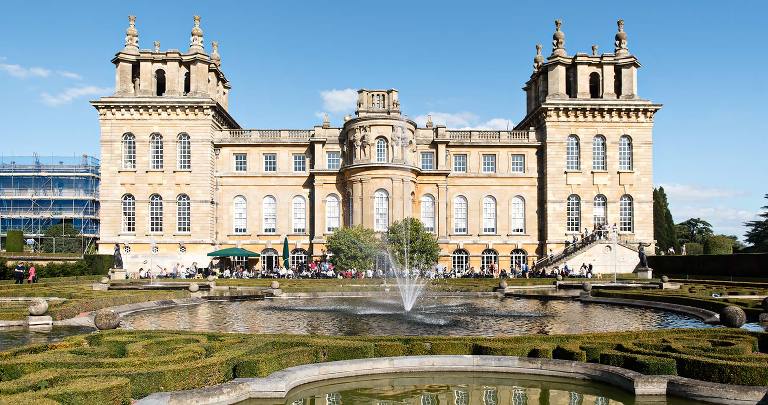 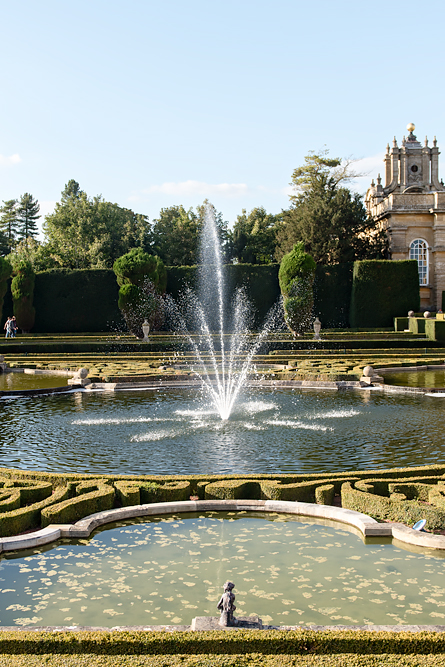 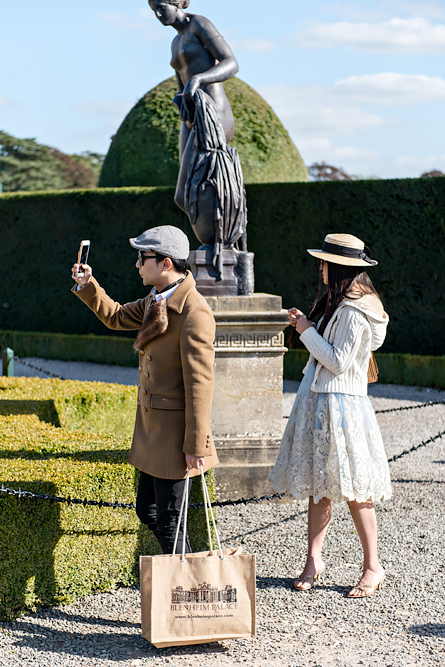 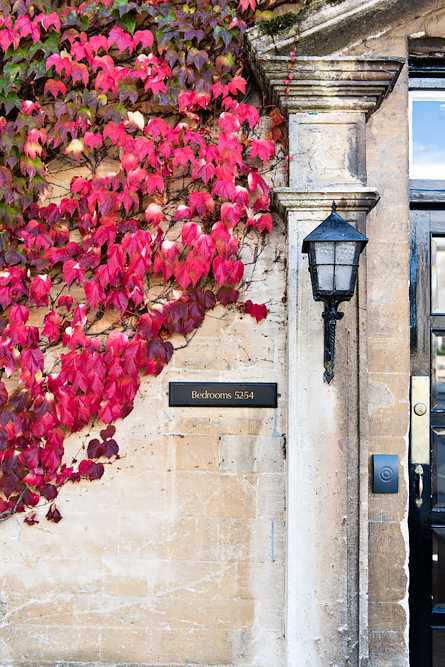 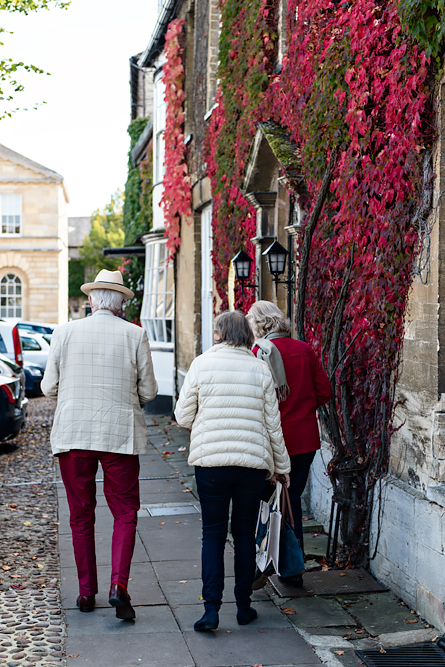 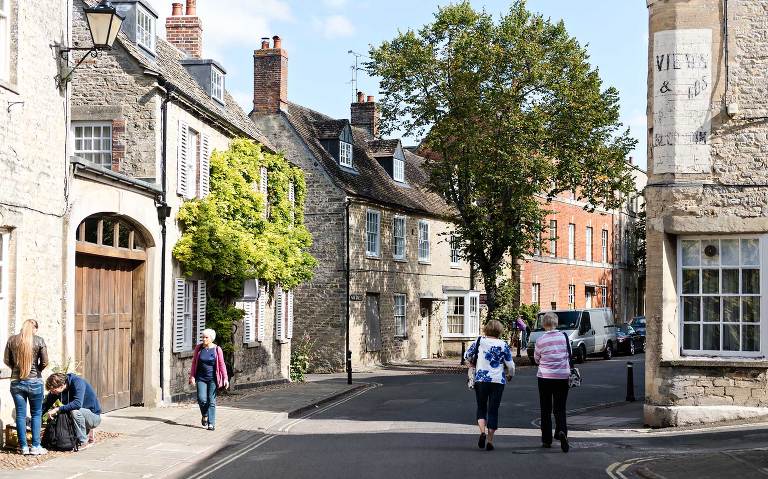 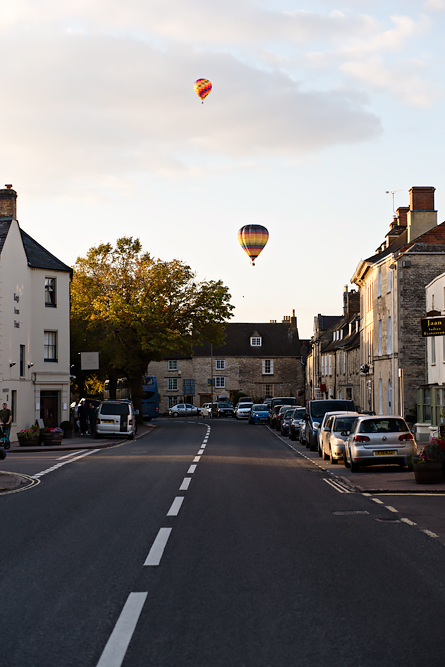 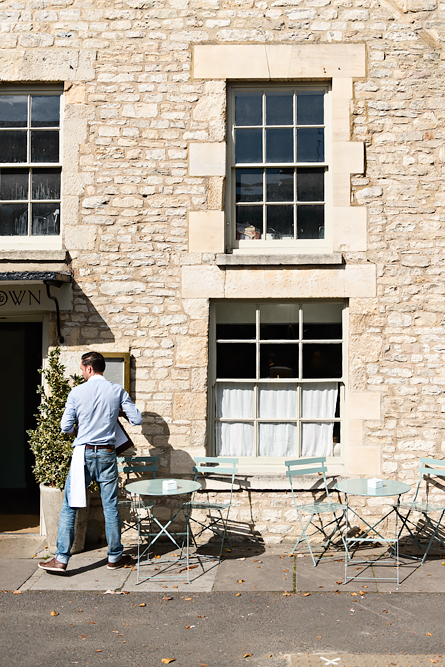 A visit to Blenheim Palace comes with a nice little bonus: Woodstock. We walked through this charming town on our way to and from the palace and it’s adorable. This was my first visit to the Cotswolds, but if everything looks like this I need to go back asap!